Karen Cornett Roper, 67, passed away Thursday, July 18, 2019. She was born in Vermilion County, Ill., on Dec. 5, 1951, to James Cornett who survives and the late Evelyn Eleanor Majercin Cornett.

She was a homemaker. She enjoyed working with her church and taking care of her family and grandchildren. She was a member of the Kingdom Hall of the Jehovah Witness in Franklin, N.C.

She is survived by her husband of 50 years, Carl Roper; a daughter, Karla Russell and a son, Travis Roper; two grandchildren, Ethan and Tyler Roper; a sister, Carla Stannis and a brother, Jimmy Cornett.

A memorial service was held Sunday, July 21, in the Chapel of Bryant-Grant Funeral Home.

Online condolences are available at www.bryantgrantfuneralhome.com.

Bryant-Grant Funeral Home and Crematory is serving the Roper family.

She is survived by her son, William Todd Carter of Asheville; her daughter, Jennifer Carter Currie (Dennis) of Franklin; grandchildren, Marinda, Lynee, Christopher, and Kimberly; and six great grandchildren.

Memorial donations can be made to the Shriners Hospitals for Children,  Attention: Office of Development, 2900 N. Rocky Point Drive  Tampa, FL 33607 or The Masonic Home for Children at Oxford, 600 College Street  Oxford, NC 27565.

Born in Jackson County, she was the daughter of Tommy Mathis and Jennifer Roberts Higdon.

A celebration of life will be held at 3 p.m. Wednesday, July 24 at the home of Tommy Mathis, 1438 Lake Emory Road, Franklin.

A graveside service will be held Tuesday, July 30, at 2 p.m., at Victory Baptist Church Cemetery.  Rev. Rusty Wolfrey will officiate.

Born in Macon County, she was the daughter of the late George Lyman McConnell and Gladys Marie Thomas McConnell. In addition to her parents, she was preceded in death by her husband, James Bruston Carpenter; brothers, Rondal McConnell, Don McConnell and Dennis McConnell. She was a member of Cartoogechaye Baptist Church. She enjoyed fishing, gardening, camping, and spending time with her children, grandchildren and great-grandchildren.

She is survived by her children, Debbie Lococo (Brad), Angie Alexander, and Jamie Carpenter (Tina) all of Franklin; nine grandchildren; three great-grandchildren; and numerous nieces and nephews.

In lieu of flowers, memorial donations can be made to Macon Funeral Home, 261 Iotla Street, Franklin, NC 28734.

Lynda Faye Goodwin, 52, of Franklin, N.C., passed away surrounded by family after a courageous two-year long battle with cancer on Wednesday, July 17, 2019.

Born on Clark Air Force Base in the Philippines, she was the daughter of Ellen Higdon Goodwin and the late Silas Nathaniel Goodwin.  After graduating from Franklin High School, she received her BA in English and BA in Social Services from Western Carolina University.  She worked at Macon Program for Progress and loved caring for the children there.  She was a beautiful, free spirit who enjoyed music and spending time with her family and friends.

In addition to her mother, she is survived by her companion of 20 years, Mike Lamontagne of Franklin; sister, Sallie Conley and husband Dennis of Franklin; niece, Stefanie Conley of Asheville; and nephew, Ryan Conley of Franklin.

A funeral service was held Saturday, July 20, in the Chapel of Macon Funeral Home with Rev. Keith Ashe officiating.  Burial was in Higdonville Baptist Church Cemetery. 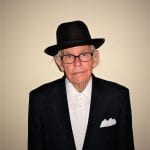 Born in Chattanooga, Tenn., he was the son of the late Fred E. Cruse and Jewel Langston Cruse. In addition to his parents, he was preceded in death by brothers, Jack Cruse and Walker Cruse; and sister, Joanne Kamah.  He was a U.S. Army veteran serving in Germany during WWII as a part of the first wave sent into to secure the country after their surrender.  He was an actor who portrayed Western gun fights at Gold City for many summers and played the Postman in the “Civil War Letters” produced by Michael M. Rogers.  He was a tent maker, captain in the Salvation Army, and minister of the Gospel.

He is survived by his brother, Max Duane Cruse of Franklin; sisters, Mary Ruth Medlin, Shirley Marie Cole of Marietta, Ga., and Doris Jeannette Hunter of Franklin; and several nieces and nephews.

A funeral service will be held Friday, July 26, at 2 p.m., in the Chapel of Macon Funeral Home.  Rev. John Raby will officiate.  Burial will be in Maidens Chapel United Methodist Church Cemetery.  Military honors will be conducted by VFW Post 7339 and American Legion Post 108.

The family will receive friends one hour prior to the service at Macon Funeral Home.

He was born Aug. 29, 1935, to the late John N. Conley and Theda Holden Conley of Otto, N.C.  In addition to his parents, he was preceded in death by a brother, John Dudley Conley; and stepchildren, Vicky Roach Norton and Lindsey Roach.

He graduated from Franklin High School in 1954, was a proud Marine and engineer.  After 34 years in government services, he retired in 1995, moved back to Otto and built another house for Doris and him.

He loved Colorado and spent time there hiking, biking and camping.  He and Doris grew gardenias and tuberoses for years. Animals always found their way to Mark, having received many like Frisky, Happy, Scarlett and Sarah, who had long lives. He had a dry wit, was hard working, honest, fair minded, loyal, smart, serious, nonjudgmental, courageous and a survivor. He truly was “A Man for all Seasons.”

Memorial donations can be made to the Pulmonary Fibrosis Foundation, Multiple Myeloma Foundation, American Diabetes Association, ASPCA or Sierra Club.

A private family gathering will be held at a later date. 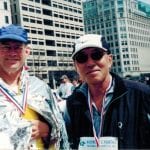 I need to take this moment to remember my friends of more than 40 years. Steve Philo and his wife of more than 50 years, Molly, the love of Steve’s life, his best friend and his partner in so many ways. Those of us in Franklin who knew these two, his friends, his co-workers, his colleagues, and especially his family, are mourning our loss. Especially difficult is that we lost Molly just two years ago, and so soon after, we have lost our dear friend Steve. I will forever miss our talks, walks, runs, dinners and lunches. I will forever remember our often fierce political, religious and cultural discussions. What I will cherish most, however, is remembering what a good man he was. He gave so much to so many, often to so many with so little, and always the champion of the common man. He had his faults, as we all do, and he had more than his share of demons to struggle with, but there was never a doubt that his heart was greater than most. I will miss you my friend. May you and Molly, together again, rest in peace forever.