He was the owner and operator of Holland Construction and Real Estate; a member of Franklin First Assembly of God; a Paul Harris Fellow at Rotary Club of Franklin; and a foundational board member of Adult and Teen Challenge of The Smokies. He was also a longtime member and past president of the Franklin Board of Realtors and president of the Macon County Home Builders Association for 20-plus years.

As a two-time Golden Gloves Boxing Champion, coached by Bob Cook, Ralph Schley, Jim McCray, and Walter Seeley, Reggie created the Macon County Boxing Club, coaching every Monday night for the past 35-plus years.  He mentored hundreds of youth and upcoming fighters, such as Spencer Fisher – decorated UFC champion – later traveling the world and developing a brotherly relationship with him.

The family will receive friends from 6-8 pm Tuesday, July 7, at the Smoky Mountain Center for Performing Arts. For the protection of all, masks and social distancing will be required. With these measures in place, everyone is welcome.

A private service will be held. Rev. Mike George, Rev. Tom Grubb, and Rev. Mike Barres will officiate. Burial will be in Longview Baptist Church Cemetery.

Memorial donations can be made to the Adult and Teen Challenge of the Smokies, PO Box 2157, Franklin, NC 28744.

Rev. Jimmy Strickland, 48, of Cashiers, N.C., passed away Tuesday, June 30, 2020. He was born Jan. 22, 1972, to James Oliver and Lois Cockrell Strickland in Cabarrus County, North Carolina. He loved Jesus and ministry was the biggest and most important part of his life. Preacher Jimmy, as he liked to be called would always end any conversation with “I Love You” and “Jesus Loves You.” He never met a stranger and loved everyone he encountered. A big participant of his church, He was a youth pastor, deacon and music director. He was a talented musician, playing the guitar, six-string banjo, the keyboard and a writer of music and singing. One of his greatest accomplishment was making a professional recording of a CD at KHZ Audio Recording Studio in Clarkesville, Ga., and also his own recordings in his home. In addition to his love of music, he loved his community and would volunteer at Blue Ridge School reading for the kindergartners and dressed up as Santa and the Easter Bunny for the children. Rev. Rick Platt and Jimmy taught guitar and keyboard lessons to students at Blue Ridge School.  He would help the coach and say opening prayer for the Special Olympics and always would give people the Gideon Bible if they needed one. He was awarded the Good Neighbor Award from the Cashiers Crossroads Chronicle and was an Honorary Fireman.  He was a much loved member of the Church of Sapphire. It has been said “you ain’t been prayed for until Jimmy prays for you.”

He is survived by his parents, James and Lois Strickland of the home; aunts and uncles, Carol and Stephen Foster of Cashiers, Earline Caldwell of Cashiers, Patricia Turner of Cleveland, N.C.,  Barbara Osborne of Landis, N.C., Dot Cockrell of Mooresville, N.C., and Mary Ruth Dixon of Salisbury, N.C.; many cousins, along with special cousins, Jerry and Sara Prewitt and Lisa Myers. He was preceded in death by his grandparents, Raymond and Fay Brewer Cockrell and paternal grandparents, James Everett and Annie Pruitt Strickland.

A Celebration of Life service will be held Saturday, July 11,  at 1 p.m., at the Church of Sapphire with the Rev. Rick Plot, Rev. Frank Jones, Rev. Gary McCall and Rev. Berlis Powell officiating.

Bryant Grant Funeral Home and Crematory is serving the Strickland family. Online condolences can be made at www.bryantgrantfuneralhome.com.

LeRoy “Lee” Ralph Volpert Jr., 70, of Franklin, N.C., passed away, Friday, July 3, 2020. He was a beloved husband, brother, uncle and friend. He is now in the presence of the Lord; kneeling, walking and dancing with a renewed mobility that he did not possess here on Earth.

Born in Riverside, N.J., June 22, 1950, he was the son of the late LeRoy Ralph Volpert Sr. and Theresa Olivio Volpert. In addition to his parents, he was preceded in death by a precious niece, Donna Griffin. He was a member of Holly Springs Baptist Church. He loved animals and reading, he could often be found with a good sci-fi or fantasy book.

He is survived by his beloved wife of 37 years, Pamela Low Volpert; two sisters, Eileen Elliott (Sonny) and DeeDee Erlston, both of Riverside, N.J.; one niece, Tina Elliott; two nephews, Stephen Elliott and Buddy Kanecki as well as many precious friends who he considered family.

His gentle spirit, kind heart and tremendous sense of humor will be greatly missed by all who knew and loved him. That special “twinkle in his eye” will always remain with us.

In lieu of flowers, memorial donation may be made to Appalachian Animal Rescue, PO Box 81, Franklin, NC  28744

Condolences may be sent to the family at www.maconfuneralhome.com. 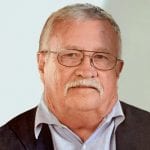 He was preceded in death by his parents Henry and June Letson.

He was born in Daytona Beach and raised in West Palm Beach, Fla. He developed a love for Franklin after his father and mother brought him here on vacation. In 1964, he married Charlotte Jones and they spent their honeymoon in Franklin. Eventually, he and Charlotte made Franklin their home.  It was here that he and Charlotte raised their four daughters, who he adored and spent his life caring and providing for them.

As a young man, he joined the U.S .Army where he became a member of 101st Airborne. He worked a number of jobs before becoming an estate manager for a property in Highlands, N.C., where he spent the last 38 years.

He was a dedicated member of Cartoogechaye  Baptist Church where he took part in many of the church’s special events. He often worked behind the scenes, building props and scenes.  He had a love for the Lord and was unashamed to worship and praise him.

He was a caring, compassionate and loving man who easily made new friends.  He passed away as a man who was deeply loved by his family and friends and will forever be missed.

A Celebration of Life will be held Saturday, July 11, at 3 p.m., at Cartoogechaye Baptist Church. (Masks and gloves are encouraged and will be provided upon request) Rev. Brian Southard and Pastor Billy Rogers will officiate. Military rites will be conducted by the North Carolina Honor Guard.

The family will receive friends from 1-2:30 p.m. prior to the service at the church.

In lieu of flowers, donations can be made to Appalachian Animal Rescue, PO Box 81, Franklin, NC 28744. 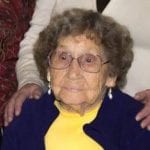 Madellon (Nana) Rogers, 97, passed away peacefully in her sleep on June 25, 2020.  She was born in Salem, S.C., the second of five children to Thomas and Ella Mae Holcombe but lived most of her life in Cashiers, N.C.

She loved flowers, birds, sewing, reading, and cleaning. But more than anything else she loved her family. She was a strong Christian and always kept her Bible close at hand.

She grew up during the Depression and could do more with less than anyone you would ever meet. A tireless worker, she earned her living cleaning summer homes until she was 85 when she fell and broke her pelvis. After her forced retirement she spoke often about how much she missed working.

She was a true southern lady and like most of the women of her generation, she was very conscious of appearances, always well-mannered, presenting a neat and tidy appearance in her clean and well pressed clothes. She was always stylish so even though she suffered from foot pain, she refused to wear what she deemed “ugly old people” shoes.

Up until a month or two before her death, she did her own laundry, cleaned her own home, took out her garbage and ironed every piece of clothing she wore. Remarkably, even though she never used hair dye, her hair never turned completely gray.

Her body may have been 97 but her heart was still the heart of a young woman. She never thought of herself as old. Instead of admitting she might be growing old, she would say she was “slowing down.” (Although her version of slowing down made the rest of us appear to be standing still.)

She told great stories about her youth that brought laughter and tears to the listeners. She knew joy and sorrow and lived a full and purpose driven life. She was well loved and well thought of by all who knew her.

We, her family and friends, will miss her patience, her kindness, her humor, her devotion to her family and her quiet but steadfast presence in our lives. We are proud to have known her and blessed to have loved and been loved by her. She leaves behind an enduring legacy that we will treasure always.

Her family would like to thank the Eckerd Living Center in Highlands for the wonderful care our mother received in the last months of her life. Knowing she was well cared for helped to ease some of the pain of losing her.

Funeral services are being handled by Bryant-Grant Funeral Home & Crematory. In lieu of flowers, donations in her memory may be sent to the Albert Carlton Library in Cashiers.

Born in St. Petersburg, Fla., she was the daughter of the late Robert Wakefield and Dorothy Williamson Wakefield. In addition to her parents, she was preceded in death by a brother, Robbie Wakefield. When she wasn’t working outside the home as a manager in retail sales, she could be found in the kitchen cooking and also enjoyed decorating.

She is survived by her husband of 40 years, Larry Schall; two stepdaughters, Lynne Ferrusi of Arizona, and Nicole Todaro of Ohio; her sister, Patricia Melton of Florida; and four grandchildren, Rachel, Robby, Hayley and Mitchell.

In lieu of flowers, memorial donations can be made to the American Cancer Society at www.americancancersociety.org/donate.

Born in Great Works, Me., she was the daughter of the late Vaughn Wickett and Eleanor Paul Wickett. In addition to her parents, she was preceded in death by her husband, Duke Finnegan, who died in 2003; her daughter, Bridget Finnegan and four brothers and sisters. She enjoyed crafting, creating floral arrangements, and going to the beach.