Darlena Faye Gibbs of Franklin, N.C., passed away on March 14, 2020, in a peaceful state and in the presence of her Lord and Savior,  Jesus Christ at the Solace Center in Asheville N.C.  She was a church member of Pump Springs Baptist Church of Harrogate, Tenn., and more recently a patron of Deep Creek Baptist Church in Bryson City N.C.

She moved to the home of Brother Chris in 2010 where she had the opportunity to be free of her grandmal seizures through the medical treatment of Dr. Sam Kabbani (neurologist and friend of Chris) and enter school at the young age of 68.  Through school she was able to experience many exciting challenges she missed in her youth and to develop friends on her own, as well as to become a mentor to many fellow students.  Please visit the Macon Funeral Home website in Franklin NC to read about the many experiences shared by teachers and students.

She enjoyed her retirement years roaming the Western Carolina Communities of Bryson City, Cherokee, Sylva and Franklin.  Chris and Becky would like to extend their personal thank you to the many medical, government, church and family friends that impacted the final earthly years of Faye (Better known as Big Sis).  Chris and Becky extend the deepest gratitude and thanks to the trauma center at Mission Health and Solace Center – Hospice in Asheville; and Brian and the gang at the Macon Funeral Home for all the love, support, and friendship.  The Gibbs Family loves each of you and words cannot express their gratitude.  May God bless you all that loved and helped Faye in her life.  She is now the Angel of Protection over so many and is the newest Angel Dancing in the Sky.

Funeral service will be held on Saturday, March 21, at 2 p.m., at Macon Funeral Home in Franklin.  The family will receive friends from 1 to 2 p.m., prior to the service.

He is survived by one son and daughter-in-law: Ed and Suzanne Bedrick, San Marcos, Calif.; one daughter and son-in-law: Mary Bedrick and Alph Potter, Piqua, Ohio; one brother and sister-in-law: Joe and Sarah Bedrick, East Stroudsburg, Pa.; and one sister and brother-in-law: Mimi Bedrick and Jim Infante, Key West, Fla.

He was a member of St. Mary Catholic Church and he was a chemist for New York City Water Supply for more than 30 years. For many years, before her passing, he took devoted care of his beloved wife.

A Mass of Christian burial will be held Thursday, March 19, at 11 a.m., at St. Francis of Assisi Roman Catholic Church with Father Tien H. Duong officiating. Burial will follow at Woodlawn Cemetery. 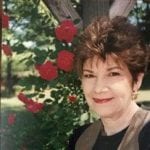 Mary Ann Long Tallent, 81, went to be with the Lord on Saturday, March 14, 2020, at her home surrounded by her loving family.

Born in Franklin, N.C., she was the daughter of the late Floyd Thomas Long and Pearl Corbin Long. She worked at Peoples Department Store in Franklin, and later as secretary at George Coleman Ford in Travelers Rest where she retired in May of 2000. She was a loving mother, grandmother and dear friend to all and was of the Southern Baptist faith.

Along with her parents, she was predeceased by an infant son and siblings, Nancy Stone and Connie Burrell.

Howze Mortuary in Travelers Rest is handling arrangments to be held at a later date (864)834-8051. Burial will be private.

In lieu of flowers, memorials may be made to Meals on Wheels, 15 Oregon Street, Greenville, SC 29605

She was born in Germany to the late Theo and Maria Petersen Lorenzen. In addition to her parents, she is preceded in death by a granddaughter, Brianna Kennedy. She was of Lutheran faith and the former owner of Sleepy Hollow Cottages.

As per Mrs. O’Connor’s request, no services are planned.

In lieu of flowers, memorials can be made to a favorite charity.

Born in Macon County, he was the son of the late Gay and Elda Roper Yonce.  In addition to his parents he was preceded in death by his wife, Sally Wideman Yonce; sisters, Kathleen Yonce Conley and Gladys Yonce Miller and a brother, Homer Yonce. He was also preceded in death by his beloved dog, Molly, who was always by his side after his wife passed. He proudly served his country in the U.S. Army for a short period before being medically discharged. He was an avid antique collector/dealer in addition to his building. One of his specialties was disassembling and moving old log cabins which he did a lot of in his later years, not just locally but all over the country. He loved calling Macon County home and was somewhat of a history buff about the area and the people; he was a member of the Macon County Historical Society. Many of his collections can be seen at the Macon Historical Museum. He was of the Christian faith and enjoyed spending time with his close friends, a lot of whom he shared many meals with at the Sunset restaurant over the years.

He is survived by a brother, Terry Roper of Franklin; two sisters, Betty Hord and Peggy Sanders of Franklin and many nieces and nephews.

There are no services planned.

A Memorial Service will be held Saturday, March 21, at 3 p.m., at Ridgecrest Baptist Church. Rev. Guy Duvall will officiate.

In lieu of flowers, memorial donations can be made to St. Jude Children’s Research Hospital, 501 St. Jude Place, Memphis, TN 38105

Condolences may be made to at www.maconfuneralhome.com.

A native of Macon County, she was the daughter of the late Marion Raleigh Ledford and Franchie Mary Sanders Ledford. In addition to her parents, she was preceded in death by her husband, Robert Lawrence McConnell; one son, Donnie Pressley; three brothers, Ellis Ledford, Calvin Ledford and Wilson Ledford as well as two sisters, Marie Ramey and Thelma Waldroop. She was a sewing machine operator with Van Rault and Franklin Undergarment. She loved working and gardening.

Funeral services will be held Friday, March 20, 2 p.m., in the Chapel of Macon Funeral Home. Rev. Steve Reeves, Rev. Don Moffitt and Rev. Michael Zoellner will officiate. Burial will be in the Prentiss Baptist Church Cemetery.

The family will receive friends one hour prior to the service.

In lieu of flowers, memorial donations may be made to the Fellowship of Christian Athletes, c/o Teresa Zoellner, 20 Bear Wood Trail, Franklin, NC 28734.

Born in Murphy, N.C,. she was the daughter of the late Fred Burrell and Dennie Patterson Burrell. She is preceded in death by her husband, Otto E.G. Schewe. She loved Jesus and loved her family.

A funeral service was held Monday, March 16, in the Chapel of Macon Funeral Home. Rev. Cale Stancil officiated. Burial was held in the Woodlawn Cemetery.

In lieu of flowers, memorial donations can be made to one’s favorite charity.

Carol Maddox, 78, of Franklin, N.C., passed away on Monday March 9, 2020, at her residence with her loving husband of 32 years, Gerald Maddox by her side. She was born in Hartfield, Wisc., to the late Howard and Delie Schmitt. Throughout her life she maintained a sweet and simple demeanor that allowed her to win the hearts and trust of many. She enjoyed being outdoors on picnics with family and friends, baking, crafting and gardening.

She was a member of Rose Creek Baptist Church where she loved to be an active participant in many functions, but most important enjoyed sharing her faith with other members. Her devotion to her family and her firm belief in God supported her during her struggles and ultimately gave her peace. Her smile and laughter will be dearly missed by her loved ones and many friends who now celebrate the fact that she is with her creator.

She is preceded in death by her parents, Howard and Delie Schmitt, and a son, Brandon “Big B” Maddox.

A funeral service was held Friday, March 13, in the Chapel of Bryant-Grant Funeral Home with the Rev. Morris Tippett officiating. Burial followed in the Iotla Methodist Church Cemetery.

Bryant-Grant Funeral Home and Crematory is serving the Maddox family. Online condolences can be made at www.bryantgrantfuneralhome.com.

Born in Macon County, he was the son of the late John Dee Tippett and Inez Morgan Tippett. In addition to his parents, he was preceded in death by a brother, Earl Coleman Tippett. He loved fox hunting, bowling, mowing his grass, racing cars and loved his grandkids and family immensely. He was a member of Ridgecrest Baptist Church and attended Watauga Baptist Church.

She was born on March 7, 1933, to Madgelen and Kenneth Snoddy at their home in Marion, Ill. During her school years, they moved to Chicago, Ill., several times but they always returned to Marion and she graduated from high school there in 1950. She was an Honor Roll student, having excelled in Gregg shorthand and typewriting. She used those skills in all her places of employment over the years. She chose not to go to college but married young and had three children, Marsha Jean, John Charles and Kenneth Eugene Turner. That marriage failed and she was a single parent for two years. In April of 1965, she met Merrill J. “Sandy” Sanderson whose Louisiana employer sent him to Marion temporarily – they married that August and she and her three children moved to Louisiana. In June 1966, their daughter April was born in Monroe, La. In 1970, the family relocated to Baton Rouge, La., They lived there for 25 years and during that time both Maxine and Sandy began to do volunteer work. Maxine helped in the Battered Women’s Program and found it very meaningful. In 1995, Sandy retired and they moved to Albuquerque, N.M., where April was attending UNM for a degree in occupational therapy. Maxine’s volunteer work in Albuquerque was with United Way, Junior Achievement, The Albuquerque Newcomers Club, and Bear Canyon Senior Center. She served on the National Board for Funeral Consumers Alliance for two years. She and Sandy also participated in a Readers theater group. The family lived in Silver City, N.M., from 2010-2012 and Maxine volunteered at the Gila Medical Center. She and Sandy enjoyed square dancing and attending classes at Western Institution for Lifelong Learning. In 2013, Maxine and Sandy relocated to Delta, Colo., where they made many new and wonderful friends. They moved back to New Mexico in 2016 to be near their daughter during Sandy’s failing health. After Sandy’s death, Maxine, April and Paul relocated to Franklin, N.C., and lived together. On April 8, 2018, Maxine joined the Iotla Baptist Church. She was also a member of the Macon County Senior Center and enjoyed lunches and activities there. In addition, she sang the praises of the Macon County transit system which took her there.

She was preceded in death by both of her parents and one brother, Kenneth Jr., and her husband Sandy also preceded her in death on March 15, 2017 in Cliff, N.M.

In accordance with Maxine’s wishes, cremation has taken place and services will be held at a later date.

Diann Elizabeth Brooks, 80, passed away Thursday, March 12, 2020, at her home in Sylva, N.C. She was born July 28, 1939, in Herkimer County, New York, to the late Harvey Melvin Doolittle and Gertrude Dye Doolittle. She worked and retired as a private caregiver after many years. She was a resident of Macon County, North Carolina, from 1976-2006 before moving to her home in Jackson, Colo. She had a great love for pets especially dogs and horses. She was a loving mother and grandmother.

She was preceded in death by her first husband, Robert Brooks; a daughter, Jacquline Sata; a sister, Leona Shell; and two brothers, Robert Miller and Stanley Miller.

A Celebration of Life Service will be held by her family at her home.