Phillip Joseph Muscato, 89, passed away Saturday, Oct. 13, 2018, in Gastonia, N.C. He was born in Canandaigua, N.Y., on Dec. 15, 1928, to the late Joseph and Mary T. Muscato. He worked and retired from Martin Marrietta now known as Lockheed Martin. He also was a U.S. Airforce veteran. He loved Facebook and NASCAR Jeff Gordon was his favorite driver. His love and joy was his cat, Gemma. Survivors include his wife of 66 years, Mary Muscato; a daughter, Patricia Holland (Scott) of Lowell, N.C.; four sons, Mark Muscato, Phillip Muscato (Vicki), Perry Muscato, and Michael Muscato (Renae Swanger) all of Florida; 10 grandchildren, Michele Hope, Gregory Johngrass, Gina Shelton, Elizabeth Martikainen, Bryan Muscato, James Muscato, Matthew Muscato, Angelia Lambiase, Damian Jones, and Christopher Holland; several great-grandchildren; and a sister, Marlene Lavine of Florida. He was preceded in death by a grandson, P.J. Muscato. A private memorial service will be held at a later date. Online condolences can be left at www.bryantgrantfuneralhome.com. Bryant-Grant Funeral Home and Crematory is serving the Muscato family.

Janice Burleigh Mansfield, 84, passed away Saturday, Oct. 13, 2018. She was born Feb. 4, 1934, in Oneida County, New York, to the late Forest and Mildred Burleigh. She worked and retired as a paralegal; she was an artist and avid reader. She was also of the Presbyterian faith. Survivors include her husband of 59 years, Gordon Mansfield of the home; two sons, Scott Mansfield and wife Megan, and Michael Mansfield. At the request of Mrs. Mansfield, no formal services will be held. Online condolences can be left at www.bryantgrantfuneralhome.com. Bryant-Grant Funeral Home and Crematory is serving the Mansfield family.

Don Wireman, 78, died on Oct. 11, 2018. He was born in Magofin County, Kentucky on July 20, 1940, to the late Joe and Edna Wireman. He owned and operated a tile distribution company and worked in construction and tile work. In addition he was an avid woodworker. He enjoyed watching movies but most of all he loved to be in the presence of his family. He was of the Christian faith. He is survived by three daughters, Vickie Stewart of Marion, Alaska, Vera Hershman of Winter Garden, Fla., and Kim Hanton (Jim) of West Middlesex, Pa.; three grandchildren; one great-grandchild; two sisters, Irene Rudd and Ruby Mans. In addition to his parents, he is preceded in death by his wife Joyce Wireman; two sons, Steve Whitaker and Jeff Wireman; one grandchild, Sabrina Benfield. A funeral service will be held Thursday, Oct. 18, at 11 a.m., in the Chapel of Bryant Grant Funeral Home with the Rev. Kevin Chapman officiating. The family will greet friends following the service at the funeral home. A private burial will follow at Woodlawn Cemetery. Online condolences can be left at www.bryantgrantfuneralhome.com. Bryant Grant Funeral Home and Crematory is serving the Wireman family.

Jennifer “Jinger” Sanders-Jackson, 68, of Franklin, N.C., went home to be with her Lord and Savior, Jesus Christ, on Tuesday, Oct. 9, 2018. Born in Macon County, she was the daughter of the late Bob and Jodie Waldroop Sanders. She was retired from Macon County Schools, where she taught second grade for many years.  She was a member of First Baptist Church of Franklin.  She also created and ran “Rebecca’s Resolve Research Ministry for Christ” for several years. In this endeavor, she reached many people and exemplified God’s love for them through her loving example.  Her favorite quote was, “Love never fails.”  She also loved animals, especially her late dog Pretzel and her dog, Chloe. She is survived by her husband of 20 years, Scott Jackson; her daughter, Brooke Bell Waldroop and husband Christopher; a brother, Joe Sanders and his wife Dana; three grandsons, Maddox, Maveric, and Mace Waldroop, all of Franklin; a niece, Lauren Ashford of Raleigh; a nephew, Preston Sanders, of Saint Augustine, Fla.; and a “sisterly” first cousin, Betty Ellis, of Saint Simons, Ga. She is also survived by special lifelong friends, Tricia Bowling, Nancy Jane Shope, and Debbie Lamb. A memorial service was held Saturday, Oct. 13, in the Chapel of Macon Funeral Home.  Rev. Janet Greene and Rev. Kelly Dotson officiated.  Burial was held at Woodlawn Cemetery. Dennis Sanders, Byron McClure, Jim Shope, Johnny Waldroop, Bob Overly, Dickie Loyst, and Harold Roach served as honorary pallbearers. Condolences can be made to the family at www.maconfuneralhome.com.

David “Mike” Williamson Sr., 60, of Cocoa, Fla., passed away Sunday, Oct. 7, 2018. Born in Jacksonville, Fla., he was the son of Patsy Willis Greeson, of Cocoa, and the late Mark Williamson Jr.  He was a Systems Engineer for the Space Shuttle Program and Kennedy Space Center for 32 years.  He was a member of Central Life Church and enjoyed camping, family time (especially with the grandkids), travel (the mountain house in Franklin was a favorite destination), NASCAR (especially infield camping at the Daytona 500), and the Florida Gators. He will be missed by many beloved friends and coworkers. In addition to his mother, he is survived by his wife of 35 years, Emily Crook Williamson, of Cocoa; children, David Williamson Jr. and Kayli Shear (Joseph), both of Cocoa; grandchildren, Ethan and Amelia Shear, of Cocoa;  brother, Mark Williamson (Nancy), of Marietta, Ga.; step-father, Hansel Greeson; and several nieces and nephews. A memorial service will be held in Central Life Church, Cocoa, at a later date.  Pastor Randy Alonso and Pastor Ryan Alonso will officiate. Macon Funeral Home is handling the arrangements. Condolences can be made to the family at www.maconfuneralhome.com.

Douglas Robinson, 86, of Franklin, N.C., passed away Friday, Oct. 12, 2018. Born in Albany, N.Y., he was the son of the late Maurice Robinson and Muriel Clark Robinson.  He was preceded in death by his son, Glenn Robinson.  He served in the U.S. Army, worked at the Miami Herald for 35 years, and was a Cub Scout leader for many years.  He was also a member of The Miami Herald Alumni and the Old Ford Club. He is survived by his wife of 63 years, Joy Robinson, of Franklin; sons, Keith Robinson, of Miami, Fla., and Randy Robinson and wife Leslie, of Miramar, Fla.; sister, Linda Robinson Keenum, of Franklin; grandsons, Kyle Robinson and wife Kaelee, and Jeremy Robinson and wife Madina; and a great-grandson, Hunter Robinson. A Celebration of Life service will be held Saturday, Oct. 27, at 2 p.m., at First Presbyterian Church of Franklin.  Rev. Tempe Fussell will officiate. Military honors will be conducted by VFW Post 7339 and American Legion Post 108. In lieu of flowers, memorial donations may be made to CarePartners Hospice, 170 Church Street, Franklin, NC  28734. Macon Funeral Home is handling the arrangements. Condolences can be made to the family at www.maconfuneralhome.com.

Cynthia Stiwinter, 57, went to be with the Lord on Oct. 4, 2018. She was born in Fulton County, Georgia on Dec. 26, 1960, to the late Troyce and Birdie Johnson. She was a homemaker who enjoyed spending time with her family and especially her grandchildren. She also enjoyed painting and drawing very much. She was of the Baptist faith. She is survived by her loving husband of 27 years, Willard Stiwinter; a son, Nathan Humphries (Ashley) of Franklin, N.C.; two grandchildren, McKenzie and Hunter Humphries; three sisters, Brenda Stith, Diane Stephens, Angela Goodsir; two brothers, Johnny Johnson and Tim Johnson; and two sisters-in-law, Louise Johnson and Angela Crane. In addition to her parents, she was preceded in death by three brothers, Russell Crane, Troyce Johnson Jr., and Tony Johnson Sr. A funeral service was held Sunday, Oct. 7, in the chapel of Bryant Grant Funeral Home with Pastor Johnny Johnson Jr. officiating. Online condolences can be made at bryantgrantfuneralhome.com. Bryant Grant Funeral Home and Crematory is serving the Stiwinter family.

Irving Giddes, 88, passed away Saturday, Oct. 13, 2018. He was born Aug. 14, 1930, in Somerset, N.J. to the late Irving B. Giddes and Harriett Kehoe Giddes.  He owned his own general contracting business in Ft. Myers, Fla., and after retirement, he later moved to Franklin, N.C. He enjoyed hunting, fishing, and playing cards. He was also of the Baptist faith.  He was preceded in death by his wife of 65 years in August 2017, and a son, Bruce Giddes. Survivors include his daughter, Patricia Giddes Vinson (Scott) of Franklin; two grandchildren, Olivia Vinson and Tiffany Giddes; a brother, E.H. Giddes; and a nephew, Mike Carter. A Celebration of Life service was held Wednesday, Oct. 17, in the Chapel of Bryant-Grant Funeral Home with Rev. Ronnie Branson officiating. Burial followed in the Roper Cemetery. Online condolences may be left at bryantgrantfuneralhome.com. Bryant-Grant Funeral Home and Crematory is serving the Giddes family. 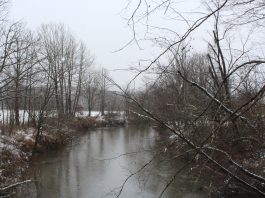 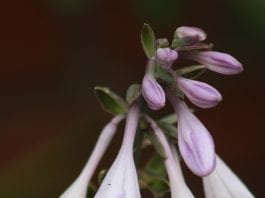