Anna Lee Henry, 74 went home to be with the Lord Thursday,

Geraldine “Gerri” Nash, 84, of Franklin, N.C., passed away Monday, Sept. 3, 2018. Born in Chapmanville, W.Va., she was preceded in death by her parents, Bruce Hensley and Gladys Berry Hensley; husband, Robert Earl Nash (2006) and a brother, Jerry Hensley (2010).  She was a member of Westside Church of Christ.  She enjoyed gardening and baseball, especially the Atlanta Braves.  She is survived by three children, Donna Nash and Diana Dooley both of Franklin and Duane Nash of Melbourne, Fla.; seven grandchildren, Christi Betts Jones, Jessica Betts, Jill Seymour, Eric Seymour, Chad Seymour, Amy Provost and Daryan Nash; seven great grandchildren, Kendrick Manning, Kailey Griffith, Tyler Griffith, Maddox Jones, Payton Seymour, Tommy Seymour, and Miles Seymour; and one niece. No services are planned. Macon Funeral Home is handling the arrangements. Condolences can be made to the family at www.maconfuneralhome.com.

Helen Martha Raby Edwards, 77, went home to be with the Lord Wednesday, Sept. 5, 2018. She was born Aug. 27, 1941, in Macon County to the late Joe Vernon Raby and Gladys Gertrude Roper Raby. She worked for Macon County for Progress and worked in food service. She was a member of Mt. Sinai Assembly of God. She was a member of the VFW Ladies Auxiliary and the American Legion Auxiliary were she served as officers of both organizations. She was preceded in death by her parents; a brother, Buddy Raby; two-stepdaughters, Judy Stepp and Joy Stepp. Survivors include her three sons, Jerry Lee Hughes (Mary Lou) of Hendersonville, N.C., James Stephen Hughes of San Francisco, Calif., and Larry Eugene Hughes (Leslie) of Hickory, N.C.; four brothers, Bobby Joe Raby, John Raby, Russell Raby and Fred Raby all of Franklin, N.C.; six grandchildren, Austin Hughes, Amber Boyles Faint, Jonathan Hughes, Elizabeth Hughes, Christian Wyatt, and Kelly Sharp; five great-grandchildren, Landon Hughes, Tapanga Naples, Markus Isabella, Taylor Wyatt, and Jason Wyatt; and three step-children, Rex Dean Stepp (Cindy), Ronald Stepp, and Wanda Osteen. A funeral service was held Sunday, Sept. 9, in the Chapel of Bryant-Grant Funeral Home with her brother, Rev. Johnny Raby officiating. A graveside service was held Monday, Sept. 10, at Forest Lawn Cemetery in Hendersonville. Online condolences may be left at www.bryantgrantfuneralhome.com Bryant-Grant Funeral Home and Crematory is serving the Edwards family.

Delmar Cope, 81, of Otto, N.C., passed away Thursday, Sept. 6, 2018. Born in Macon County, he was the son of the late John Cope and Etta Higdon Cope. He is survived by his children, Donna Cope Spell and Teresa Cope Clifton, of Fayetteville, N.C., and Melody Cope, of Oakdale, N.Y.; five grandchildren; and two great-grandchildren. No services are planned at this time. Macon Funeral Home is handling the arrangements. Condolences can be made to the family at www.maconfuneralhome.com.

Joyce Mae Stanley, 65, of Franklin, N.C., passed away Monday, Sept. 3, 2018.  She was born and raised in Vermont and lived in Atlanta.  She was the daughter of the late Ransom and Wilma Wellington Hill.  She was an animal lover and was very family-oriented, she enjoyed doing crafts, gardening, a hard worker, and very generous to others, helping many.  She was Methodist by faith. Survivors include her husband, Jerry Stanley of Franklin; son, Matthew Wellington Triller and wife Traci Triller of Sugar Hill, Ga.; grandchildren, Shelbi Williams of Buford, Ga., Heather Triller of Athens, Ga., and Trenton Triller of Franklin; great-grandchildren, Tristan White, Skylar Malloy and Chance Malloy; an uncle, Harold Wellington of Brevard, N.C. A private family service was held. Bryant-Grant Funeral Home and Crematory is serving the Stanley family.  Online condolences are available at www.bryantgrantfuneralhome.com. 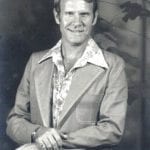 Wiley Howell Smith, 90, died on Monday, Sept. 3, 2018, at Autumn Care of Waynesville, N.C. Born in Franklin, N.C., he was the son of Gordon C. Smith and Sue L. Crawford Smith. He had been a resident of Haywood County for more than 45 years, and was known to many as the funny-yet-strict English teacher, Mr. Smith, at Waynesville Township High School. He was a kind soul, with a quiet strength about him and charming presence that made people want to be around him. His sense of humor no doubt kept him young at heart, even in his final days. He taught for 30 years and even decades after he retired, Smith’s former students visited him regularly – which always made his day. Before pursuing his teaching career, he served in the U.S. Army during the Korean War in 1954-55, where he was injured by shrapnel in an explosion. He survived the incident and received a purple heart. After the war, he attended Western Carolina University to become a teacher. He began teaching in Waynesville in 1956 and it didn’t take long before he was recognized as one of the best – and all parents wanted their children in his class. He was strict, yet amusing, and students were expected to work hard in his class to pass. In 2006, he was diagnosed with prostate cancer and began receiving radiation treatments. After several years, he was in remission from the cancer but the continuous treatments led to lymphoedema, a swelling that developed in his legs, rendering him unable to walk. As a result he would spend the next decade homebound, which was a challenge for him since he was an avid walker. He was often remembered as the man who walked down Main Street in Waynesville. In his later years, he found ways to stay busy and keep his mind sharp, despite his inability to walk. A lover of flowers, he would admit that he loved plants more than he loved animals. He was also known for the small garden in front of his home at Francis Apartments in Waynesville, which he cherished. He always had dozens of orchids – his favorite – surrounding him in his home. He was an avid fan of crossword puzzles and all books – at one point mentioning that, “reading saves his soul.” He was also a music lover and singer with musical family roots. At one point, he was a musical director of a choir and even sang at weddings. Smith made a joke whenever he could and was always smiling when people were around. Though he had faced war, injuries, cancer and was disabled, he never let it get in the way of his ability to enjoy life. He always looked forward to the next book, the next visit with friends or the next orchid to care for. He was the sole survivor of his family since he never married or had children and he also outlived all of his Army friends. His four siblings, John E. Smith, Gordon Smith Jr., Ellen Smith Thompson and Hazel Smith Sellers all passed away rather young. Survivors include his nieces, JoAnn Sellers Hastings (JD), Brenda Thompson Provencher (Art), Doris Thompson Pendergrass (Roger), Patrica Smith Ball; and nephews, Michael Smith (Jean); grand nieces Dejah Proventure, Danna Pyatt, Haley Pyatt, Katrina Smith Rhoades (Shane), Racheal Hastings; and grand nephews Michael Provencher, Dorian Provencher, Chris Pendergrass (Paige), Preston Pyatt, Jake Pendergrass, Jonathan Ball, Zachery Smith (Margee), Allan Hastings, Scott Hastings (Terry), Charles Smith, Thomas Smith, John “Jack” Smith and Mathew Hastings. Funeral services were held Saturday, Sept. 8 at Garrett Funerals & Cremations and burial followed at Ridgecrest Baptist Church in Franklin. A message of comfort may be left for the family and an online guest registry may be signed at www.garrettfuneralsandcremations.com.

Mary “Sue” Bailey Bryson, 77, of Franklin, N.C., passed away Monday, Sept. 3, 2018. Born in Transylvania County, she was the daughter of the late James Bailey and Annie Mae Teems Bailey.  In addition to her parents, she was preceded in death by her daughter, Marna Bryson Peck; sisters, Doris Simmons and Wanda Holland; and grandson, Will Bryson.  She was a member of Sugarfork Baptist Church and had her own sewing shop. She is survived by her husband of 56 years, Bruce Bryson; children, Marcie Carpenter of Franklin, and Barry Bryson (K.C.) of Hendersonville; sister, Marge Gibson of Franklin; brother, Jerry Bailey of Nebo, N.C.; 11 grandchildren; four great-grandchildren; and several nieces and nephews. Funeral service was held Friday, Sept. 7, at Sugarfork Baptist Church.  Rev. Steve Reeves and Rev. Gene Hawkins officiated.  Burial was in the church cemetery.  Pallbearers were Brian Holland, Kevin Holland, Hugh Holland, Mike Gibson, Ritchie Gibson, and Randy Simmons. In lieu of flowers, memorial donations can be made to American Breast Cancer Foundation, 10400 Little Patuxent Parkway, Suite 480, Columbia, MD  21044 or the Marna Peck Memorial Scholarship Fund, C/O Susan Allen, 100 Panther Drive, Franklin, NC  28734. Macon Funeral Home is handling the arrangements. Condolences can be made to the family at www.maconfuneralhome.com. 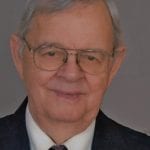 Herbert Neville “Herb” James, 83, of Highlands, N.C., died on Sept. 7, 2018, at Highlands-Cashiers Hospital. Born in Rabun County, Georgia, he was the son of the late Lawton P. and Irene Picklesimer James. He was preceded in death by a sister, Barbara J. Taylor and a brother, Tom James. For 50 years he served the Town of Highlands. He began his career with the town in 1957 as a lineman. He was hired as town clerk and treasurer in 1961, where he worked until his retirement in 1989. After retirement, he served 16 years on the Town of Highlands Board of Commissioners. He retired after 27 years as a volunteer fireman and treasurer of the Highlands Volunteer Fire and Rescue in 1989. He was recognized for his civic service in 1989 when he was received the “Outstanding Citizen of the Year” Robert B. Dupree Award from the Highlands Chamber of Commerce. He was vice chairman of the Macon County Planning Board. He served as treasurer of the Board of Trustees of the Highlands Biological Station. He was a member of the Board of Trustees of the Highlands Cashiers Hospital. He was a lifelong member of the Highlands United Methodist Church where he volunteered many hours. Through the years he served as chairman of the administrative board, treasurer, trustee, and building committee. He is survived by his wife, Barbara Calloway James, daughters Leigh Ivy (Brandon) of Valrico, Fla.; Cindy Reed (Morris) of Highlands; Melanie Carter (Jeff) of Elizabeth City, N.C.; sons, Allan James (Pam) of Thomasville, Ga.; and Jeff James (Mary) of Franklin, N.C.; eight grandchildren, Jackie Petrone (Vince), Allan James II (Jessica), Megan James (Laura), Taylor, Michael and Jessica Carter, Jason and Ryan Coggins, four great-grandchildren, and two sisters Wilma J. Gordon and Geraldine Crowe (Wayne). A memorial service was held Tuesday, Sept. 11, at Highlands United Methodist Church with Rev. Randy Lucas officiating. Burial followed at Highlands Memorial Park. Donations may be made to the Highlands United Methodist Church – Building Fund. Online condolences may be left at www.bryantgrantfuneralhome.com Bryant-Grant Funeral Home is serving the James family.

Stroube William Lander, 77, of Franklin, N.C., passed away Sunday, Sept. 9, 2018. Born in Jacksonville, Fla., he was the son of the late Stroube Sidney Lander and Wilmetta Dutton Lander.  He was a U.S. Army veteran; a retired pilot and was an avid NASCAR fan.  He is survived by two children, Kimberly Gurdak of Franklin, and Stroube William Lander II of Port St. Lucie, Fla.; grandchildren, Kristen Gurdak, Kamalla Barbour, Emily Lander, and Joshua Lander; and former beloved wife, Judy Lander.  No services are planned.  Macon Funeral Home is handling the arrangements. Condolences can be made to the family at www.maconfuneralhome.com.

Youth participate in 30 Hour Famine to raise awareness, donations for...