Born in Macon County, she was the daughter of the late Zemery Ledford and Mamie Sanders Ledford.  In addition to her parents, she was preceded in death by her husband, Bill Anderson; three sisters, Jeanette Williamson, Ruth Cowart and Ann Patterson; and a brother, Dennis Ledford.  She was a member of First Assembly of God.  She was a beloved mother, grandmother, great grandmother and sister.

Born in Miami, Fla., he was the son of the late Chester Jones and Maxine Morrison Jones.  In addition to his parents, he was preceded in death by his wife, Kathleen “Marie” Roberson Jones who died Dec. 26, 2015, and a sister, Shirley Baker.  He was a U.S. Navy veteran; retired from Pan Am Airways; was a member of Franklin Church of Christ; and loved fishing and traveling.

He is survived by three step children, Jim Yaw of Alabaster, Ala., Judi Hedge Allen of Coral Springs, Fla., and Jerry Yaw of Oakland Park, Fla.; two brothers, William Jones of Miami, Fla., and John Jones of Opelika, Ala., and a sister, Dee Hughes of Ft. Lauderdale, Fla.

Charles Edward Estes, 78, of Sylva, N.C., passed away Sunday evening June 26, 2016. A native and lifelong resident of Jackson County, he was the son of the late Alonzo and Mollie (Buchanan) Estes. He retired from Western Carolina University and enjoyed hunting, camping and fishing. In addition to his parents he was also preceded in death by his four brothers, Bill, Eugene, Ronnie and Grover; a half-brother, James; two sisters, Christella and Imajean; half-sisters, Elizabeth, Maggie Sue, Helen, Virginia and Edna.

A memorial service will be held at 2 p.m. Thursday, June 30, at Zion Hill Baptist Church with the Rev. Eddie Stillwell officiating. The family will receive friends prior to the service at the Church.

In lieu of flowers donations can be made to the Zion Hill Cemetery Fund, c/o Mary Wilson, 3110 Pumpkintown Rd, Sylva, NC 28779.  An online registry is available at appalachianfuneralservices.com.

He was a math teacher, receiving two degrees from Western Carolina University, a Bachelor’s degree and a Master’s degree. He was an avid sportsman who loved hunting, fishing and wildlife. He also had a love of fine cars. He was a member of Briartown Baptist Church.

A graveside service will be held on Saturday, July 2, at 2 p.m., at Briartown Baptist Church Cemetery with Rev. Jim Cochran officiating. The family will receive friends following the service at the church pavilion.

Memorial donations may be made to: AA Central Office of Murphy, 444 Hill Street, Murphy, NC 28906.

Bryant-Grant Funeral Home and Crematory is serving the Denny family.  Online condolences are available at bryantgrantfuneralhome.com.

Born in West Virginia, she was the daughter of the late Joseph B. Davis and Gladys Ford Davis. In addition to her parents, she was preceded in death by husband, Steve Turner; two sons, Hughey and Ernest Beechley; one sister, Sara Jane Neill and one brother, Joe Davis.

She is survived by a son, Charles Beechley and wife Judy of Franklin; and several nieces and nephews.

In lieu of flowers, memorial donations can be made to Shriners Hospitals for Children, Office of Development 2900 Rocky Point Drive, Tampa, FL 33607.

Earl Wendall Hanvey, 79, of Franklin, N.C., passed away Tuesday, June 21, 2016. He was born in Seneca, S.C., the son of the late David and Gaynelle Alexander Hanvey. He was retired from the U.S. Air Force after 22 years of service and had worked as a police officer for nine years.  He was also a carpenter, and avid music lover, and a member of First United Methodist Church.

In lieu of flowers, donations may be made to First United Methodist Church, 66 Harrison Ave., Franklin, NC  28734.

Bryant-Grant Funeral Home and Crematory is serving the Hanvey family. Online condolences may be made at www.bryantgrantfuneralhome.com.

Vester Junior Lequire, 88, of Franklin, N.C., passed away on Tuesday, June 21, 2016.  Born in Swain County, he was the son of the late Jacob Elbert and Bertha Buchanan Lequire.  He was preceded in death by his wife of 63 years, Essie Virginia Lequire, who died in 2015.

He was owner and operator of Lequire 66 and he enjoyed fishing, hunting and loved Pickin’ on the Square.  He was a loving husband, father and grandfather and was a member of Mt. Hope Baptist Church.

Bryant-Grant Funeral Home and Crematory is serving the Lequire family.

Born in Rochester, N.Y., she was the daughter of the late Vincent Elman and Lillian Dresser Elman. She worked as a hospital administrator and was a member of St. Francis Catholic Church.

She is survived by a sister, Joyce Lanson and husband Don of Franklin; niece, Donna Lanson and nephew, Richard Paul Lanson and wife Cinde.

A memorial mass will be held at a later date.

An avid outdoorsman, he moved his family to Franklin, N.C., to pursue the dream of living in the beautiful Smoky Mountains. Always accompanied by his family and closest of friends, he spent much of his free time hunting and fishing throughout the mountains.

He was a man who planned all of his events to include his wife and family. Whether it was sitting around hollering at the TV during a football game in the living room or taking a multi-state road trip, he was always accompanied by his wife.

Another one of his biggest joys was his pack of chihuahuas that were always glued to his side. They would follow him from room to room and always be with him.  As puppies if they got sick, he would nurse them back to health and provide constant care. His animals were an extension of his family and held a special place in his heart.

He was preceded in death by his parents, Rufus and Lula Hanshell, his son, Raymond William Hanshell and his sister Bessie Jackson.

No services are planned. He will be cremated, and a private inurnment will be held for his family. 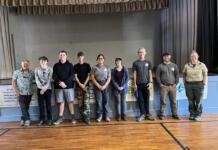