He was a builder of homes and shopping centers in Virginia; he loved cars; was involved in bus ministry and worked with teens for 35 years.  He played the bass guitar and was 30 years old when he trusted in Christ as his Savior.

She is survived by her husband of 23 years, Lex R. Foster Jr. and her son, Eric Foster of West Palm Beach, Fla.; mother in-law, Carol Foster and father in-law; Lex R. Foster Sr. She worked at Mtn. Energy Convenience. She will be remembered as a loving wife and mother. She especially loved her cats.

Born in Champain, Ill., he was the son of Jeromy Lee Powell and Audrey Leann Wiles Powell. In addition to his parents, he is survived by maternal grandparents, Janice Nalis and husband Cyril of Lake Worth, Fla., and Ray Wiles of Berea, Ky.; paternal grandmother, Virginia Powell of Hoopeston, Ill.; sister, Liberty Powell of Le Claire, Iowa; uncles, William Kyle Watson and wife Krisany of Chicago, Ill., Matthew Watson and wife Victoria of Ft. Hood, Texas, and Jason Moore and wife Tara of Rankin, Ill., and several cousins. He attended Biltmore Baptist Church.

“Lady” Nancy Denton Dodge, 92 of Franklin, N.C., left our earth to be with her beloved husband, Keith “The Brigadier” and son, Dean. She was gracious, thoughtful, smart and funny. She was always the life of the party, which started promptly at 5 o’clock! We will always remember her calm demeanor, her crossword puzzles, her cooking, her laugh and her uncanny ability to remember important dates.

She will live forever in the hearts of many including her family both near and far. She is survived by her sister, Phoebe Plunkett of Havre de Grace, Md.; daughter, Nancy and Chad Idell of The Villages, Fla.; daughter-in-law, Diane Dodge of Franklin; son, Mark and Teresa Dodge of Woodland, Calif. and son, Craig Dodge of Franklin; grandchildren: Paige, Heather, Ryan, Travis, Jessica and Dean; great grandchildren: Keith, Sydney, Jackson, Devin, Riley, Sofia, Eli, Vincent and Isabella; and great-great grandson, Charles.

Services will be held at a later date.

In lieu of flowers, donations may be made to Hospice House Foundation of WNC, Po Box 815, Franklin, NC  28744. 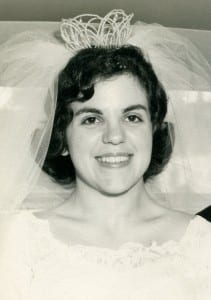 Born in Denver, Colo., she was the daughter of the late Frederick and Valarie Sabathier Charles. In addition to her parents, she was preceded in death by her loving husband of 50 years, Westley Jacomino Jr. She was an exceptional nurse for 40 years. She was a devout Catholic and member of Saint Francis Catholic Church. She loved her pets, cooking and reading.

A funeral mass will be held at 11 a.m., Friday, March 18, at St. Francis Catholic Church. Father Tien Duong will officiate.

Macon Funeral Home is in charge of all arrangements. 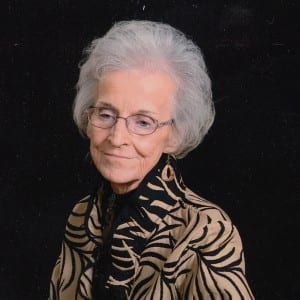 Mary Josephine Cabe, 79, of Franklin, N.C., went home to be with the Lord, Monday, March 14, 2016.  She was born in Macon County, the daughter of the late William Wiley Roper and Nobia Potts Roper. She was married for 53 years, to Charles Lee Cabe, who died  Oct. 24, 2015.  She attended Gardner Webb College and Western Carolina University.  She was a teacher in Macon County School system for 30 years, and a very active member of Cowee Baptist Church, where she taught Sunday School and was a Mission Friends Leader.  She loved her family, friends, and serving the Lord.

She is survived by a son, Joseph Kenyon Cabe (Carolina) of Boiling Springs, S.C.; grandchild, Taylor Nicole Cabe who is a junior at Harvard; a sister, Barbara Jean Roper of Franklin; and a special nephew, John Wayne Roper (Jean Dills Roper).  In addition to her parents and husband, she was preceded in death by a brother, John William Roper.

The family will receive friends from 1:30 to 3 p.m., Friday at the church.

Memorials may be made to Children’s Wing of Cowee Baptist Church, 6301 Bryson City Road, Franklin, NC  28734.

Gail Ralph, 76, of Otto, N.C., passed away Friday, March 11, 2016.  She was born in Allegheny County, Pa., the daughter of the late Christopher and Dorothy Sharpe Mannsz.  She had worked many years at Walt Disney World; she was a loving wife, mother and grandmother, and was of the Christian faith.

Online condolences may be made at bryantgrantfuneralhome.com. 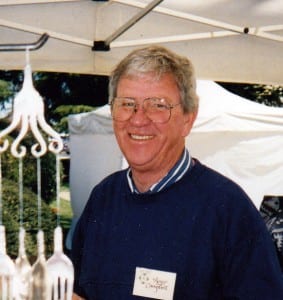 Reginald K. “Reggie” Campbell Sr., 79, passed away Saturday, March 12, 2016. He was born April 8, 1936, in Benton Harbor, Mich., to the late Cecil E. and Anna Catherine Mallard Campbell. He was married to Elaine Campbell who survives. He retired from United Technology Pratt Whitney Aircraft as a manager of the materials department.  He was a member of Franklin First Baptist Church and was called “The Spoon Man” at the craft shows where he made wind chimes and jewelry.

In lieu of flowers, the family requests donations be made to the National Kidney Foundation in Memory of Reggie Campbell, 30 East 33rd St., New York, New York 10016 or by visiting the website at www.kidney.com.

Online condolences may be left at bryantgrantfuneralhome.com 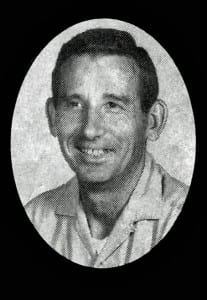 Born in Brevard, N.C., he was the son of the late Tom Stiles and Dell Rogers Stiles.  In addition to his parents, he was preceded in death by his wife, Mary Constance Stiles, who died Nov. 29, 2011; two brothers, Harrell and Edwin and a sister, Edith Summey. He was a highly decorated U.S. Army veteran of WWII, serving during the Battle of the Bulge and receiving the bronze star for heroism.  He worked for several years at Van Raalte; managed the Franklin Drive In and Macon Theatre; and was the owner of Stiles Exxon. He was a town alderman for 14 years and was a member of First Baptist Church.

Funeral service will be held at 3 p.m. Thursday, March 17, at First Baptist Church.  Rev. Jim Dusek will officiate.  Burial will be in the Woodlawn Cemetery with military rites conducted by the VFW Post 7339 and the American Legion Post 108.

The family will receive friends from 2 to 3 p.m. Thursday, prior to the service at the church.

Grandsons will serve as pallbearers. 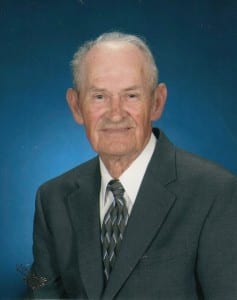 Rev. William “Bill”  Wooten, 87, of Franklin, N.C,. passed away Monday, March 14, 2016.  He was born in Macon County, the son of the late Roy Benjamin Wooten and Myrtle Sorrells Wooten. He was a brick mason and a minister for 60 years. He loved to rabbit hunt, fish, play golf and restore old cars. He was a member of Ridgecrest Baptist Church.

Born in Heard County, Georgia, he was the son of the late Bill Miles and Etha Mooney Miles. He was a U.S. Air Force veteran. He was an ordained Baptist minister, a gifted singer, pilot, enjoyed building cars and was a building inspector for Fulton County and Carrollton, Ga.

He is survived by his wife, Marrell Smith Miles; four children, Maxine Ramey and husband C.J. of Franklin, Richard Miles Jr. and wife Denise of Roam, Ga., Frank Miles and wife Rhonda of Newnan, Ga. and John Miles and wife Sherry of Woodland, Ala.; 12 grandchildren; seven great grandchildren and a number of nieces and nephews.

A memorial service will be held at a later date. Burial will take place in Bethel East Baptist Church Cemetery, Woodland, Ala.

In lieu of flowers, memorial donations can be made to Alzheimer’s Caregiver Connection (aka Alzheimer Caregiver Retreat) 125 Hyatt Road, Franklin,  NC 28734.

Macon Funeral Home is in charge of all arrangements.