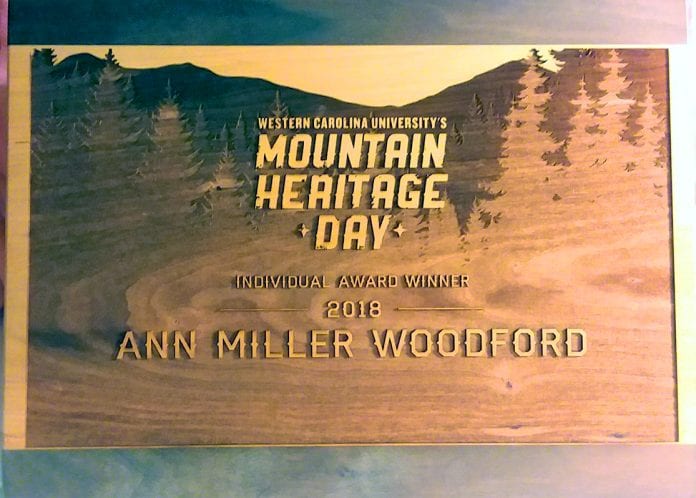 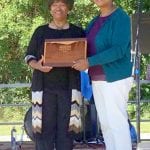 Oral history, as defined by Oral History Association, is “a field of study and a method of gathering, preserving and interpreting the voices and memories of people, communities, and participants in past events.” Two area authors devote incalculable hours to ensure that local lore gets passed down through the ages. Both Ann Miller Woodford and Matthew L. Baker can attest to the fact that it has taken dedication and a passion for history and heritage to assemble and pen published works.

Before Woodford authored “When All God’s Children Get Together: A Celebration of the Lives and Music of African American People in Far Western North Carolina,” her life’s journey thus far took her full circle: from her native Andrews, N.C., all the way to Los Angeles, Calif. – and a few stops in between – before landing back in Andrews. Her education in fine arts resulted in a partnership in a company called E & A Global Enterprises, based in Los Angeles, with actress Esther Rolle, who played Florida Evans in the television series “Good Times.”

When she returned to her hometown of Andrews, Woodford realized there was little to no documented history of the many generations of African American families residing in Western North Carolina. For a while, her comment was, “Someone should document the histories.” She eventually realized that “someone” was her.

It took Woodford five years to research, photograph, and write “When All God’s Children Get Together” and two years to have it edited and designed for publication in 2015. For the book, she interviewed “too many people to count.” Through the process she learned that oral history “is ultra-important, because we can learn from the mistakes of the past in order to plan for a better future for ourselves and our children.” Her main purpose for the book is to bring out what has previously not been known about African Americans who “have made significant contributions to the communities in this far western region.”

She added:  “‘Do any African Americans live here, and if so, where in the world are they?’ The purpose of this book was to answer that question. The black community is a vital part of the diversity of the region that is mostly known for the Native American Cherokee and the white Scot-Irish populace. For young African Americans in the mountains, life has become more comfortable and less fear-filled than at any time in our history. The current generation, sometimes feels entitled to the freedom their parents, and especially, grandparents, have earned for them. They need to know of the struggles their foreparents suffered, and that history must be told.”

Baker also labored over bringing oral histories to print. It took him about eight years to listen to, write down, and translate into manuscripts stories that became his two books: “My Mountain Granny: The Story of Evelyn Howell Beck in the Mountain Town of Whittier, NC (published July 2013) and My Mountain Heroes: Stories of Inspiration and Courage from Macon County’s Greatest Generation” (published June 2017). He said both were extreme time challenges. The WCU graduate works full time as a rural mail carrier and, during those eight years, his two children were born.

“I couldn’t dedicate consistent time to the project,” he said, “so much of it was written at midnight or via laptop after work sitting at the [Little Tennessee River Greenway] shelter.”

Baker, who was born in Hickory, N.C., but attended Western Carolina University in the 1990s and now lives in Franklin, became interested in the history of the local mountains and began visiting with senior citizens in the local area after so many of them stopped him while he was on his mail route. “You find yourself parked on the side of the road with a car full of mail listening to some fantastic story and 15 minutes goes by,” he said. “You politely explain ‘I’ve got a job to do; we’ll talk again tomorrow.’”

He met with dozens of individuals, encouraging them to share remembered history. Many have since passed away.

“That’s the catch with oral history. It is truly a race against time. There were several people I really wanted to interview, but for health reasons I couldn’t and they’ve passed.”

Baker says he was always amazed at the memory of some of the elderly he interviewed.

“And they showed me such hospitality,” he said. “I’ve sat on their porches and in their living rooms listening to amazing tales and stories: of the American chestnut tree, yellow root tea, Irish potato whiskey, WWII, and so much more.”

What he gleaned about recording oral history is that it requires patience.

“Looking back, I never approached the book/interviews with a deadline in mind,” said Baker. “Interviewing is much more effective with patience and kindness. Act like you have unlimited time even if you don’t.  As an interviewer you keep returning and talking in a very relaxed manner … sitting on the porch with coffee. This builds an ease, a trust, and a rapport.”

Even though getting two books published has been a highlight for Baker, who exhibited with Woodford and dozens of other regional authors in September at the Macon County Library’s Read Local Book Fair, he counts the friendships he made capturing oral history as most important.

“I’ll treasure them as long as I live,” he said. “Rose Clark, I can still hear her laughing …Willard Ray, so much wisdom and I miss his war stories and memories of General Patton … Francis Cargill singing “Amazing Grace” in the Cherokee language. So many are gone, but they are very dear to me.”

Currently, Baker is in the planning stages of a second volume of My Mountain Heroes: Stories of Inspiration and Courage from Macon County’s Greatest Generation.

Woodford has received awards and accolades for her efforts, as well as speaking engagements.

Both Woodford and Baker encourage others to document family and community histories.

“I recommend that folks do these interviews formally and/or informally as often as possible, before their elders lose touch with their memories. I suggest that they get several of them together to bring out the best family stories and historical information,” said Woodford.