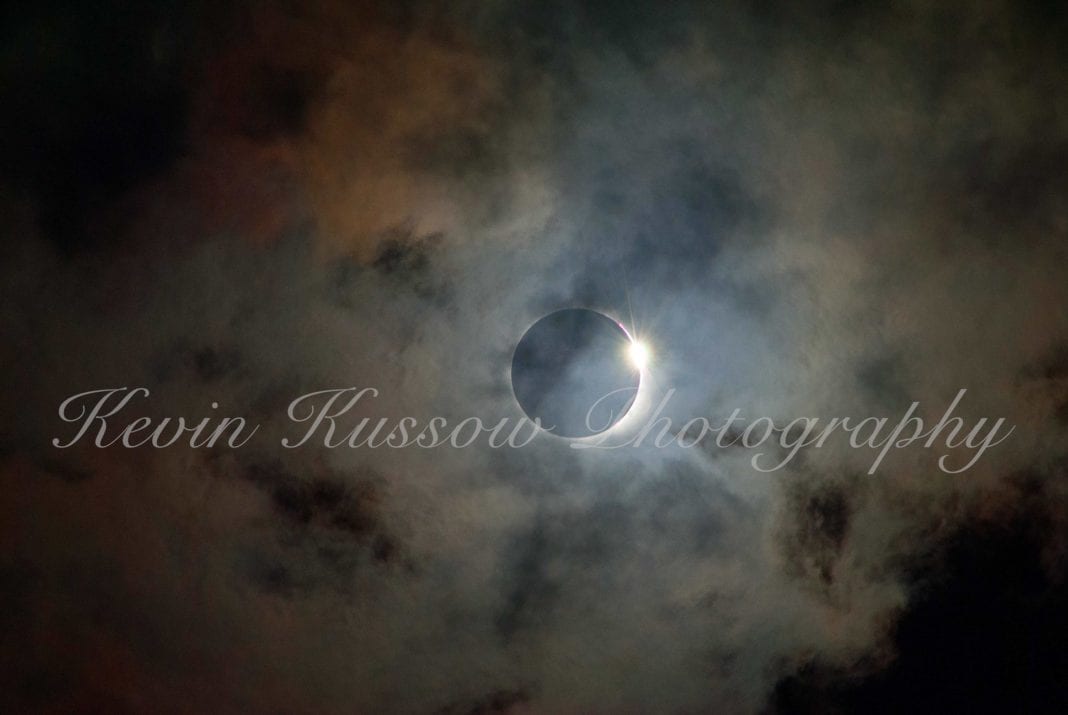 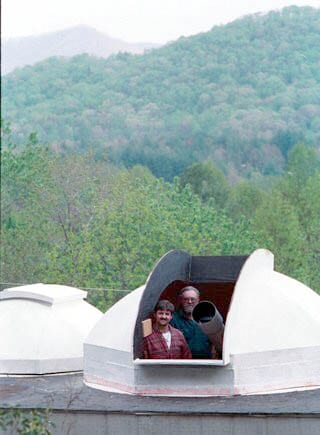 Tucked away in Otto, near Coweeta Lab, sits an observatory built nearly 20 years ago by Kevin Kussow and his father, Dave. While the observatory was built in 2000, the 2017 Solar Eclipse served as one of the most historical event in its history.

“My father always had a passion for astronomy though he had his Masters in horticulture,” said Kevin. “As a kid he bought us a 6″ Newtonian [telescope] and he instilled that passion in me at a very young age. When we moved here to WNC, the skies were much darker than Florida, and we now had an outfitter store that could blend our love of the stars with selling telescopes and astronomy related items. We could introduce others to the wonders of the universe.”

Three Eagles no longer sells telescopes, but as the store’s owner, Kevin has made contacts with manufacturers over the years that allowed him to purchase several large telescopes for the observatory.

“These are not portable, weighing as much as 300 lbs., he said. “And require motor driven mounts that can carry these loads and counter the earth’s rotation with tremendous accuracy, so the observatory was built. I designed the domes and it wasn’t long before the astrophotography bug hit me hard. It is a Herculean effort to take long exposure photos of the sky without the earth’s rotation causing stars, galaxies, Nebula, etc., to look like trailing blurs.”

Kevin said it took a few years to dial everything in and learn how it was all done. 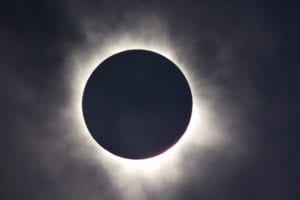 It required computers, very expensive CCD cameras, but with persistence and many sleepless nights, he became very good at it.

“We have been published in Sky and telescope magazines and still sell photos from time to time,” said Kevin. “The better I got the more I realized, our area, as dark as the skies still are, was not suited to do astrophotography with any consistent results. Our air is very turbulent, very humid, and this is like trying to take a crisp image of an object two miles down a hot paved road in the middle of summer. It just won’t happen!  My standards of only accepting perfection in an image was limited by sky conditions. And on average, we get five nights a year that will allow crisp clear images. There is a reason observatories are built in dry arid areas, Arizona, New Mexico, Chile, etc., and the higher the better means less atmosphere to look through.”

Kevin and his father build the observatory in Otto and Kevin has spent the last 17 years studying the night’s sky and even hosting school groups and others on the property. The facility has two domes and several telescopes ranging in size from 4” to 7” refractors, to 8” to 18” reflectors.

“We often talked about the eclipse of 2017 and how the observatory was dead center of totality,” said Kevin. “Unfortunately, my dad passed away last year, but I can assure you he was with me last Monday and weeks prior as I knocked the dust off and prepared for the three-hour shoot.”

Kevin said that the decision to attempt to photograph the Eclipse brought immense pressure, but the experience itself was something too great to define with words.

“I’ve never experienced a total eclipse, words fail at this point,” he said. “I was under so much pressure to get good images, so much can go wrong the least of which was clouds. A pocket stayed open for the entire event! I told dad while I was trembling blasting my shutter away and hanging speeds as fast as I could, hold those clouds off Dad! Maybe a few light ones, might add to images.”

Kevin invited his friend and professional Atlanta photographer, Tenaya up to help.

“She’d never shot through a telescope,” he said. “I had my oldest son Rion shooting through a 300mm Nikon, Tenaya through a 4″ Refractor, and I was on the 8″ Newtonian, famous astrophotographer Tony Hallas built for me years ago. Running one is hectic, running two is chaos, especially since you get one chance, yes totality was 2 1/2 minutes but the diamond ring is 1-2 seconds, each portion of the event happens so fast. I’d love to have a do over but between the three of us we nailed some incredible images.”

Rion got an incredible image of the sun emerging out of totality, the “diamond Ring” with just magic lighting bouncing off the clouds, Tenaya captured great prominences. The group had a plan and Kevin thinks the trio did pretty well.

“We each had our hands full to get the images we shot, just glad the cloud bank stopped just short of blocking our images,” said Kevin. “It truly was an awe inspiring event and I’m sure others will never forget. And that’s why you take images, to take you back to that moment, that’s why we built the observatory, to share the magnificence of our universe. I will have photos for sale at Three Eagles I hope by Friday as I opted to go with a professional lab to ensure the quality of these images.”

Help is on the way for small businesses