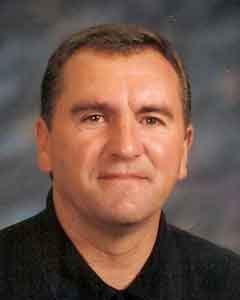 A familiar face will find himself in the Panther Den next basketball season, as Doug Plemmons was hired to once again lead the Franklin High School Varsity boys basketball team.

In a unanimous vote Monday night, the Board of Education hired Plemmons to resume the helm for the Panthers, filling the position left vacant ofter Jesse Pinkston resigned in late December, after the Panthers started out the season with a 3-4 record, going 1-2 in WNCAC play.

Justin Moffitt was named Interim Head Coach to finish out the season for the Panthers. The Panthers ended last season with a 9-16 overall record and went 4-10 in conference play.

“The interview committee and I recommended Doug Plemmons as the FHS Varsity Boys’ Basketball Coach because he is a proven head coach who has the knowledge to improve the program,” said Franklin High School Principal Barry Woody. “Under Coach Plemmons’ leadership, we are looking forward to a promising future.  He has already scheduled a meeting with the boys.”

Plemmons is a 25 year veteran of the sport, spending 15 years of his career coaching at Franklin High School and the other 10 leading working at other schools in WNC. Plemmons resigned from his post with the Panthers in 2008, the same year he shared the Mountain Athletic Conference Coach of the Year with TC Roberson’s Kevin Keen. When Plemmons served as the head coach at FHS, he also served as the school’s athletic director.

Plemmons graduated from Swain High School in 1977 and was a three-sport letterman in football, basketball, and track while playing for the Maroon Devils. Plemmons went on to play college basketball at Western Carolina University from 1977-1980 and ended his career with 456 career wins, 10 regular-season conference championships, five conference tournament titles, and three sectional championships. His teams advanced to a regional championship twice and qualified for the state playoffs in al but four seasons.