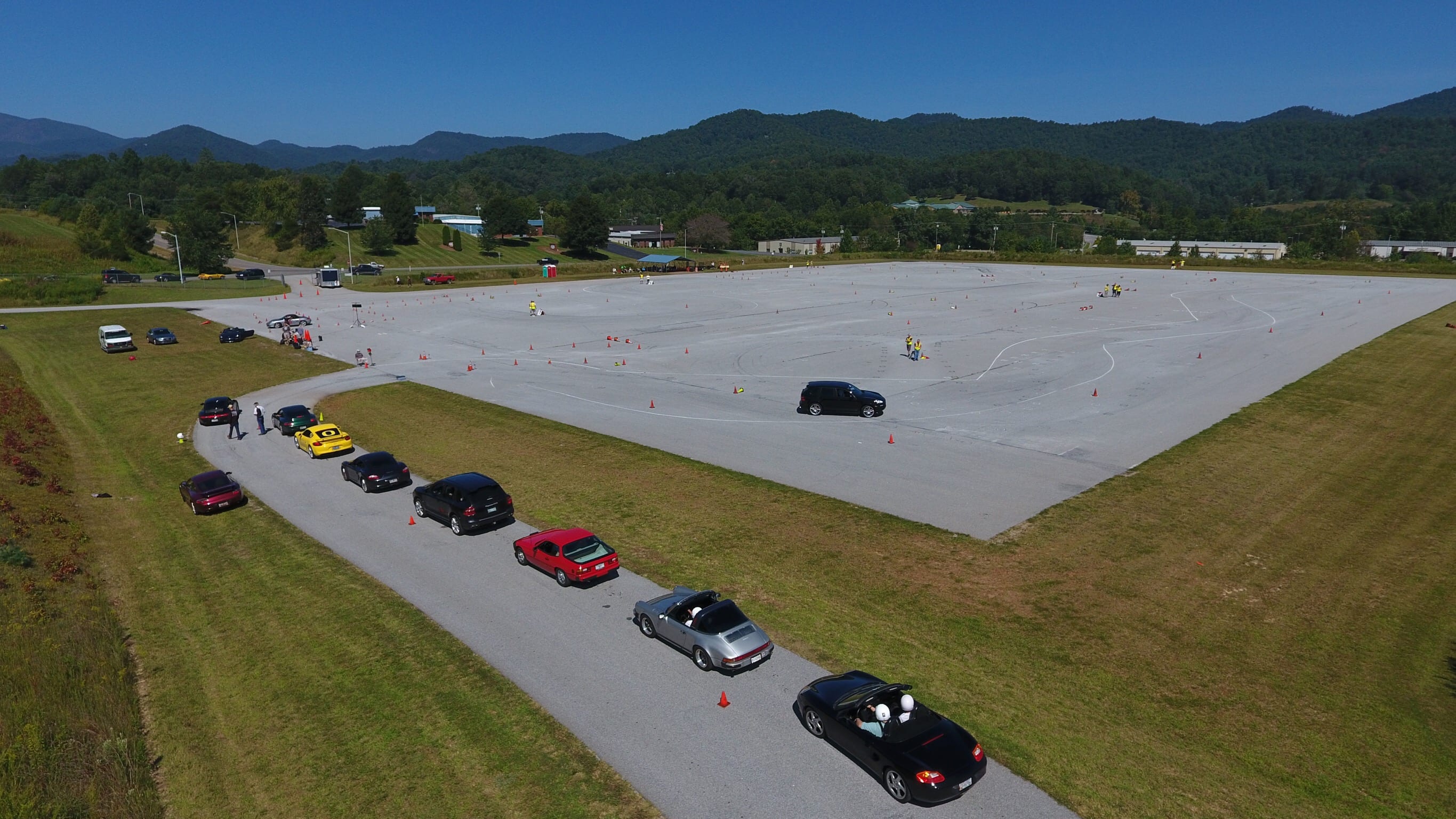 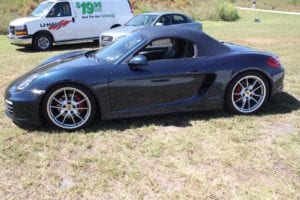 Over the 2017 Labor Day weekend (Sept. 1-4), the Peachstate Region Porsche Club of America gathered at the Ridges Resort in Young Harris, Georgia for its 49th Rennfest  celebration.  The Rennfest is an annual get-together jam packed with activities revolving around the participants’ one common interest– their love for their Porsches.

The multi-event weekend included the Concours, TSD Rally, Autocross, Driving Tours, Remote Control Cars Autocross, and Tech Quiz.  All this activity is topped with a very large helping of relaxation and socialization. On Friday, the participants entered their vehicles in a Concours at the Ridges Resort.  Simply put, they parked the vehicles, raised the hoods, and invited people to come and look.  Basically, it’s an all Porsche cruise-in, an awesome sight of great cars in a great location.

After a group touring rally on Saturday, Sunday morning dawned in Franklin with about 60 Porsches wheeling into the Jerry Sutton Public Safety Training Center on Industrial Park Road, off Highway 64W for the Autocross competition.

The  Autocross is a precision driving competition on a miniature road course marked by rubber cones in a large paved area.  After the course is set up, the drivers are allowed to walk through the course, but are not allowed practice runs in their vehicles.  The entrants are permitted to drive the digitally-timed course one at a time until all of them have had six runs.  At the end of the day, only the best time of each driver is recorded.

As always, my press pass and a Macon County News hat kind of stood out, drawing immediate attention of a number of warm and friendly people.  Then out came the lime green vest and an accident waiver for me to sign.

I was ready to get into the thick of things on the track where I would be able to get some pictures of these beautiful vehicles and visit with their owners.  Just as I was heading out, Andrew Ellsom, the event co-chair, stopped me short and invited me to ride the course with him on his next run in his 2013 Porsche Boxter.

The ride was not only fast (best time of the day, I think), but it was amazingly smooth.  That car had nothing jerky or rough in the cutting, the cornering, or the quirky turns of the course.  We came out in 44.2 seconds ― quick enough give me a really good adrenaline rush for the rest of the day.

Tons of stories and car histories were in that training area, but just not enough time to be able to get all of them on paper.  A couple of the vehicles do bear mentioning.  Charlie and Veronica Sanders were there with their teal green 1959 Porsche 356, which they have owned for about 30-35 years.  The color does make it stand out.

The other car several people mentioned was Jack Baker’s 1987 Porsche 924-S, which came as a Christmas present in December, 1986.  The car was kept hidden in a neighbor’s garage until Christmas morning when it was moved onto Jack’s driveway, adorned with a large red bow.

So the day ended after being filled with good spirited competition, and a goodly portion of relaxing and socializing.  It’s time to return to the Ridges Resort for (yep, you guessed it!) a relaxing, sociable banquet.

If a train of 20-30 Porsches are spotted coming through Franklin, it just may be our friends from the Peachtree Club returning to ride the Tail of the Dragon, or Cullasaga Gorge, or even the Cherohala Skyway again, testing the limits of a high performance vehicle.