When Cowee Convenience store was constructed in 2000 it was approved for 18 seats inside the deli and was issued permits with picnic tables as part of the original design. Over the last 16 years, the gas station and deli has changed hands about five times, each time being repermitted, as required by law. The most recent new owners hit a snag when the Macon County Board of Health wouldn’t issue a permit unless the picnic tables that had been a part of the original design were removed from the store’s patio.

The original permit issue for the business was for seats for 16 diners, which was determined based on the size of the onsite wastewater treatment (septic) facility. In 2000, Wayne Sheffield, who was the original builder and owner, applied for a variance to allow for 18 seats at the deli, and to be granted the variance, Sheffield had to add 10 feet of drain field to the septic system. The 18 seats that were permitted, were all inside the store. The four picnic tables outside of the store, which count as four seats each, would have increased the store’s seating total to 34.

The recent application for the permit to serve food wasn’t issued until the picnic tables were removed. Because Cowee Convenience doubles as a meeting place in the community, it wasn’t long before the board of health started to receive complaints from residents about the picnic tables being removed. Commissioner Ronnie Beale said he, too, had been flooded with complaints from concerned citizens who wanted to see the tables returned.

On behalf of the community, Sheffield spoke to commissioners last week and asked for their help in seeing the issue resolved.

“We, here at Cowee Convenience and our customers who have been coming here for many years believe the removal of the picnic tables was wrongfully done,” reads a petition Sheffield presented to commissioners. The petition had garnered more than 900 signatures as of last week. “When Wayne Sheffield built the building in 2000 the picnic tables were part of the original design, and he wasn’t told that they weren’t allowed. The picnic tables have been through many owners throughout its 16 years here serving our faithful customers, until they were recently removed.”

Commissioner Paul Higdon, who serves as the liaison to the board of health, said the issue was just brought to his attention three weeks ago, but as far as he knew about what was going on, there wasn’t anything the commissioners could do about it.

Commissioner Beale said after receiving calls from the community weeks ago, he got to work finding out more. He informed his board members he had been in touch with the health department and the state and he  thinks there might be a solution to allow the picnic tables to return.

“The state says that anything with a flat surface is considered extra seating,” said Beale in regards to the lack of common sense behind the regulation. “So you can line up a drive-in all the way to town and serve them and that’s ok, but if you take up all the tables and chairs and sit on the concrete floor, the next thing they are going to do it take up the concrete floor.”

Beale said after speaking to the state, he believes there is a provision in the state law that will allow Cowee Convenience to meter their water system for a year, to show that they don’t use the maximum amount permitted for. After doing that for a year, a variance may be granted to allow the additional seating. As of now, it is unclear if the tables can be returned during the year of metering the business or not, but is something Beale plans to help the health department find out more information. 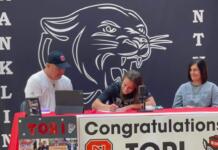 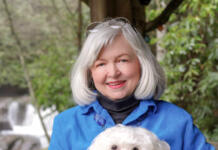 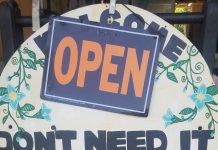 Rep. Corbin sworn in, looks ahead to sophomore term