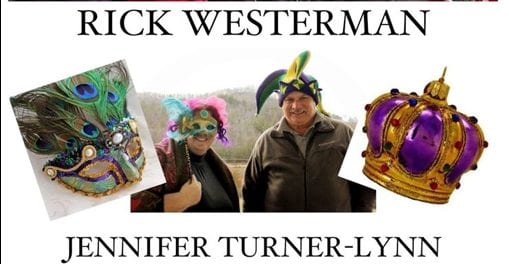 In the last week, REACH of Macon County has had a total of 21 shelter residents, 12 kids and nine adults, all of which are from Macon County. Since January 1, REACH has had 27 shelter residents, 16 kids and 11 adults, for a total of 213 nights, 23 of whom were from Macon County and four were from Jackson County. REACH stands for Resources, Education, Assistance, Counseling and Housing. REACH’s mission is to provide services for victims of domestic and sexual violence.

“Due to a significant increase in capacity, our shelter service numbers continue to grow,” said REACH Director Andrea Anderson. “With the addition of more people accessing the shelter, comes the increased need for more service contacts including crisis counseling and intervention, court advocacy, and wrap around services such as case management, goal setting, life and job skills, etc. Additionally, there is the continued need for basic items such as laundry pods, paper products, cleaning products, diapers, new linens, pillows, etc.”

With an increase in need, REACH of Macon County continues to fundraise throughout the year, with their next fundraiser scheduled for Feb. 28 at the Root and Barrel. The Mardi Gras-themed party will feature a silent auction, buffet dinner, drinks, and even a palm reading.

“Attendees will have the privilege of listening to a local Jazz Band from WCU with sounds from New Orleans,” said Anderson. “We will have a Kings Cake Cupcake Raffle with a prize for the individual who finds the baby. People can vote that night for the King and Queen competition. Overall, a great evening filled with fantastic food, music, and fun – all to benefit a great cause.”

Tuesday night’s buffet menu features Mardi Gras favorites like crawfish dip with crackers, cajun corn maque choux, and of course Jambalya, just to name a few of the specialties that will be served up. The dinner also features a champagne toast. The silent auction is another way for REACH to raise desperately needed funds and include items such as a $200 gift certificate to Ruth’s Chris Steakhouse, a two night stay at Cat Creek Lodge, a weekend stay at Riverbank House in Highlands, and gift certificates to Root and Barrel and more.

Five teams will also be competing to be crowned the 2017 King and Queen of the party.

“The King and Queen contest allows supporters to have an active role in helping raise money for REACH, but have a lot of fun in the process,” said Anderson. “Each dollar raised by the teams will count as a vote for that team.”

Franklin Mayor Bob Scott and his wife, Nancy. Bob Scott is the Mayor of Franklin, was a career law enforcement officer, and served in the  military. He is married to Nancy, who is a retired school teacher. Bob is passionate about domestic and sexual violence issues, children, and politics. He is an avid photographer and contributes often to a local paper. Bob and Nancy have been instrumental in working to support REACH for many years; for a time, Bob even worked as REACH’s Prevention Education Coordinator.

Jennifer Turner-Lynn and Rick Westerman. Turner-Lynn is the assistant director at REACH and the Spirit Program Coordinator for Franklin High School and Macon Middle School. She is married to Franklin Police Officer Timothy Lynn and is an active member of her church. She enjoys singing, crafting, coaching, and traveling. Westerman is the executive director for Habitat for Humanity. Previously, he was a career firefighter, and then managed Home Depot and Sears Roebuck. His claim to fame is performing in the 1976 Superbowl. He is married to Debby, who is a retired dental assistant. Together they have four children. Westerman and Debby are both very active in their church and have hearts for their children.

Michele and Tim Hubbs. The Hubbs have been married for 18 years. Tim is the CEO of Nantahala Bank & Trust, and Michele is a retired science and language arts teacher. They have three children and are both very active in their church. They love to travel, go to the movies, and both have a love of history and science. They love the Lord and they try to follow Him.

Jared and Jennifer Greenwood. The Greenwoods were high school sweethearts who both attended Franklin High School. Jared attended USC and WCU. Jared also went on to play professional baseball for the New York Yankees. Jennifer attended USC, WCU, and the University of Granada in Spain. Jared now teaches at Macon Middle School while Jennifer is the vice president of Member Services Support for the North Carolina State Employees Credit Union. They have a son, Brayden, 5, who attends Cartoogechaye Elementary School.

June Hernandez and Brad Henry. Hernandez moved to Franklin in 1998. She owned and operated Primrose Lane gift shop on Main Street for 13 years. Over this period of time, she was active in many community projects for the Streets of Franklin Merchants Association. In 2014, she joined the REACH for Bargains thrift store as manager. Her retail and merchandising experience has helped bring the thrift shop into the 21st century. Henry is a 25-year resident of Franklin. An accomplished chef and interior designer with more than 30 years of experience in retail merchandising, he joined the REACH for Bargains team in September 2015 and was quickly promoted to assistant manager. His attention to detail and window dressing experience has proved very beneficial to the overall REACH shopping experience.