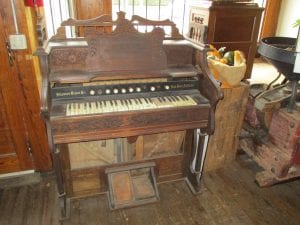 As the nation and much of the world mourn the passing of the iconic preacher and evangelist Rev. Billy Graham, Macon County residents are sharing their fond memories or recollections passed on by their relatives.

Graham, who was born in Charlotte, N.C., died on Feb. 21, at his home in Montreat, N.C., a little under 100 miles from Franklin. He was 99 years old.  During his distinguished career, he held many revivals, including one in Franklin that has been memorialized by records and artifacts in the Macon County Historical Museum.

“Before we begin,” said Shook,  “I believe it is important to share the history of Tabernacle and how it came to house such a significant event.”

The legacy was reported to Shook by the Angel and Hyatt families.

History of the Tabernacle and Reverend A.A. Angel

Rev. A.A. Angel was a Methodist minister who was concerned there was no place in Franklin large enough to hold a big crowd of people.  All the churches were small, so he conceived an idea to build a large interdenominational building that would hold 2,000 people.  Well before he began, he had a name – it would be called Friendship Tabernacle.  He built it in the 1930s during the Depression from donations and help from anyone who would volunteer. 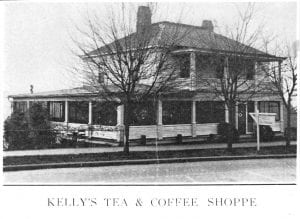 “It was difficult times, and resources were stretched for everyone. So, Angel basically wound up doing it pretty much by himself, even mortgaging his family’s home,” said Shook.   When it was completed, it was open for summer time revivals.  The tabernacle had dirt floors, sawdust, wooden benches and a very rustic wooden pulpit.  All the churches would merge – Baptist, Methodist, Presbyterian, Church of God and more.  They would come together and hold two-week revivals.  Pastors from different churches would take turns speaking.

Little did Angel know he was laying the foundation for a preacher who was known as much for his dynamic preaching as his inclusiveness of all denominations.  In June 1950, a young evangelist named Billy Graham, who was just putting together his evangelistic team, came to town for a weekend revival.

“From all accounts from everyone that was there, the house was packed with close to 2,000, including those outside.  There were people hanging inside the windows and people outside pressing in as close to the building as possible to see and hear this mesmerizing voice,” said Shook.

According to Angel’s son, Albert who parked cars that night, “Cars were lined all the way up Depot and Wayah Streets.”

“It was a huge event, drawing people probably from Macon, Swain, Jackson and Rabun counties, including north Georgia,” said Shook.

A taste of Southern hospitality

Kelly’s Tea Room was a boarding house where many distinguished visitors stayed and was the accommodation of choice for Graham and his team.  Lassie Kelly was known for her cooking and would arrange meals for the visitors.

“Knowing a lot of people and having a lot of people around, Kelly asked her good friend Mrs. R.B. Hyatt from Otto, who had a reputation as a very good cook, to prepare the Saturday evening meal for the Graham team.  Billy Graham and his men were treated to a down-home good country meal – no doubt fried chicken, biscuits and all the trimmings,” said Shook.

After the big meal, they gathered in the Hyatt living room where Hyatt played her old organ, and her daughter Kate (Hyatt) Myers played the piano for George Beverly Shea to sing.  He was a great bass soloist who accompanied Billy Graham and who would go on to sing at all his revivals and crusades for more than 60 years.

Shook surmised the Graham team would have made their way back to Franklin to rest and refresh for the 8 p.m. revival that night.

“When the appropriate time came, they went to the Tabernacle and proceeded with music on the Tabernacle organ, and Graham brought the much-anticipated message of the evening.  From all written and oral reports, I am sure, the highly-accepted, captive, rousing sermon had the crowd on edge for the duration of his message,” said Shook.

Jerry Guffie of Franklin, was not born when Graham visited Franklin, but he recalls his late grandfather Zeb Guffie Sr. sharing his experience from the Graham revival.  “My grandfather was a deacon at Longview Baptist Church in Franklin and had attended many services at the Tabernacle.  I was used to him talking about the different preachers.  But, this was different, he emphasized it was great,” said Guffie.  His grandfather’s words really made an impression on him.  “What I remember most was how he would light up as he talked about how the ‘Spirit of the Lord’ filled the house and 50 to 60 people were saved that Saturday night.”

Graham’s impact and influence will continue to stir Macon County residents, and many stories within the hearts and hearths of locals will be likely be shared from living rooms to barber shops to town hall meetings for many years to come.

Unique prisms-themed macro photography on display at the library