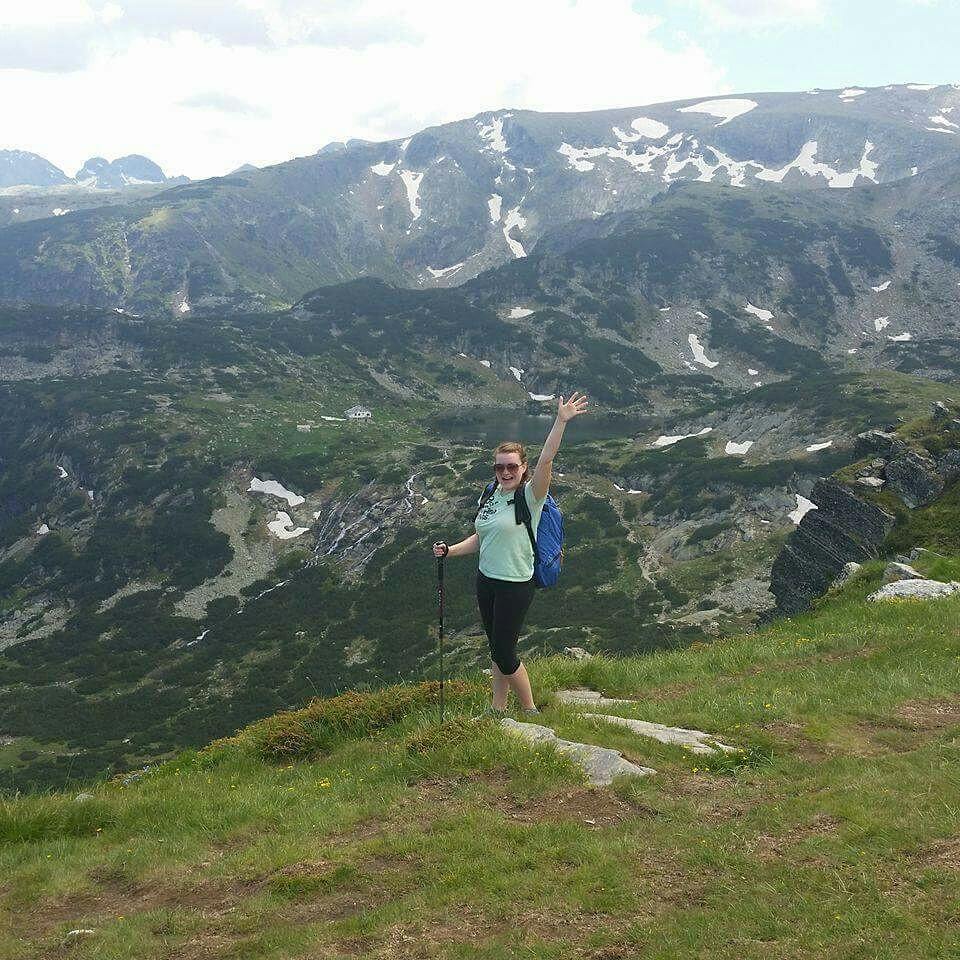 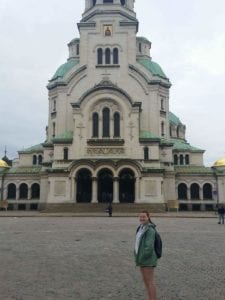 Sixteen-year-old McKinney Martin’s budding wanderlust is shaping who she is becoming and this summer it led her to the coast of the Black Sea as she spent nearly a month exploring Bulgaria in southeastern Europe.

Martin and her family have lived in Franklin for 13 years. She grew up on Lone Willow Farm, learning all types of things under the guidance of her parents, who instilled in her a bent to wander and an openness to different cultures across the globe.

“Traveling is a very big part of my life and my parents have always encouraged my brother and me to see as much as the world as possible,” said Martin. “My hobbies include anything outdoors; I love hiking, camping, whitewater rafting, snowboarding, paddle boarding, snorkeling, and just having fun with family and great friends.”

“Since then, many friends and family have stepped into our lives to help McKinney continue to have a ‘motherly’ figure in her life,” said Kev Martin, Mckinney’s dad. ”None more so than my own sister, who happened to have married a Bulgarian man about 10 years ago. Every few years they return to Bulgaria to see my brother-in-law’s relatives, and this year, my sister Darcie invited McKinney to come with them. McKinney is a seasoned traveler herself, but she had never been to Europe before, and the experiences she had on this trip are not the typical ‘we went to Rome’ or ‘we went to London’ European trip vacation plot. She asked a lot of questions, and met people of all ages, as well as connected with a tour guide near her own age, who had very ‘interesting’ comments on the way most American tourists act when they visit the region, for example.”

Bulgaria is a very poor, but very beautiful country, in a region that is not very well 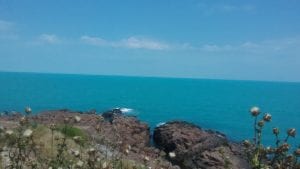 understood. It looks much like Western North Carolina in some ways. It is roughly the size of North and South Carolina combined, so Martin got to see almost every corner of it – from the tops of ski resorts in the mountains, to the Black Sea, which has a rich history all its own. Once ruled by, and an important part of the Roman empire, there are Roman ruins, roads and fortresses everywhere around the country, and of course the remnants of the Communist regimes of the past. Martin even visited a coastal town that is excavating a crypt where so-called ‘vampires’ were buried. One important industry they do export with great pride is film, because so many movies that have a Biblical or ‘ancient looking’ setting are actually filmed in Bulgaria, which is much safer than filming across the Mediterranean in Egypt or Israel.

“The first couple of days being in Bulgaria we stayed with some family members in Sofia, the capital of Bulgaria,” said Martin. “We adjusted to the time and we set out to explore Sofia the second day there. We went to beautiful churches that were covered in gold. The first church was the Alexander Nevsky Church that was built in the 11th century but was renewed in 1912. The second church was Russian. I don’t know the exact name if it,  but we had to pay respects to a tomb in the church while visiting. Both of these churches were so beautiful! Every little detail was put into everything inside and outside of the churches.”

After three days of being in the city, Martin set out to the small town of Lovech, where they spent a week.

“We went to forts built by Romans and hiked the same trails as they did centuries ago,” said Martin. “Being in the countryside was like stepping back in time. To realize that I was walking on history, it was like a dream to me. We visited  a cave on the outskirts of Lovech call the Eyes of God. It’s the second largest bridged cave in Europe. The first people to live there were the Neanderthals of the region. They used the cave as a worship place and as a home. They had certain rocks where they would sacrifice people for different reasons.”

After a long week of being in Lovech, Martin and her family travelled back to Sofia to rest before heading to the Black Sea.

“While we where there I heard many different languages like, Russian, Turkish, and even some English people,” said Martin. “The Black Sea was beautiful and exotic. I never wanted to leave! The coastal towns were beautiful and there was so much to see, like ancient ruins, old churches, and of course, the water. When we were done with our week at the sea we headed back to Sofia for rest. It was our last week in Bulgaria and we crammed everything in the last week. We went to farm towns, villages, and to visit family. The day before we left our last adventure was to go to the Rila Seven Lakes hike. It couldn’t have been any better of a trip. Everything was amazing and I wouldn’t change it for the world. I know someday I’ll go back there.”

Martin said that being able to fully immerse herself into different cultures and live the way they live, was her favorite part.

“I loved the people,” she said. “Bulgarians are wonderful people that have so much to share with you. Talking to them was really fun. I got to learn what they grew up with and what they love to do. They may speak a different language but they’re just like you and me. The people I met over there will always be family to me.”

Martin’s father said that her ability to interact with different cultures and brave the unknowns is what he is most proud of.

“What I am most proud of as her father is her ability to embrace and engage people on this trip, rather than just watch, listen and play the part of the uninterested, ignorant American,” he said. “She even learned enough of the basic Bulgarian language that she often fooled locals into initially thinking she was Bulgarian.”

Martin said that she believes traveling and exploring is important for kids her age because it’s something that stays with them forever. It’s more than reading about it in the book; it’s living it.  Perspective.