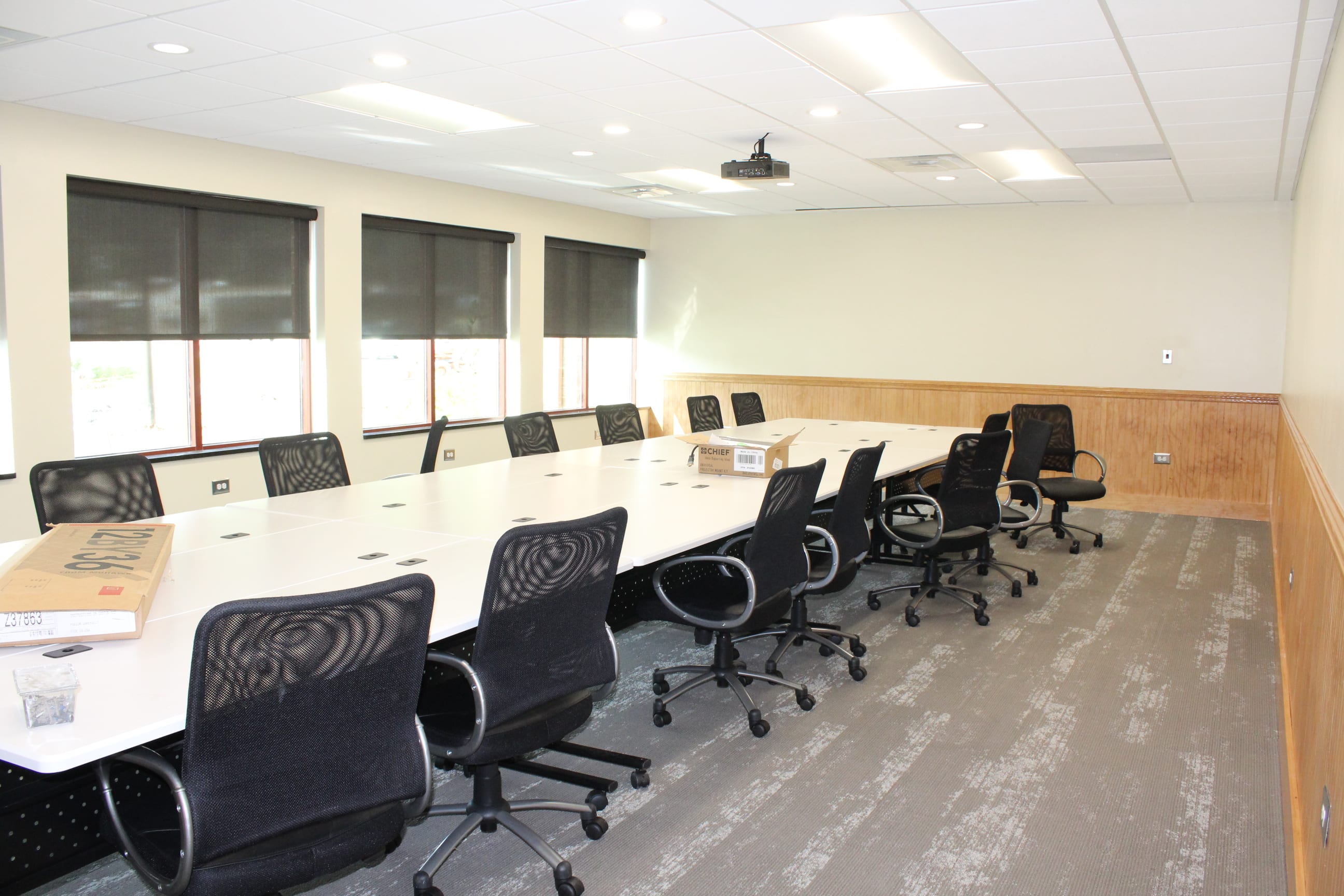 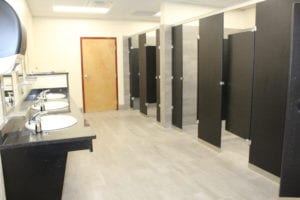 The only thing left to do at the Robert C. Carpenter Community Building before opening the facility back up to the public is put the finishing touches on the landscaping. County commissioners took steps last week to approve landscaping designs and gave County Manager Derek Roland the go-ahead to approve a contract with the lowest bidder to get that work finished and the project complete.

“We are excited about how the renovations at the Robert C. Carpenter Building turned out and are excited to debut it for the community,” said Roland. “This facility serves residents throughout the county from your little league baseball players to our veterans to our seniors and the improvements will allow the community to enjoy a brand new facility for years to come.”

Bids on the landscaping on the outside of the building are expected to be submitted by next week, and weather pending, the winning bidder should be able to get to work immediately. The first event at the building is the Veterans StandDown scheduled for Oct. 5. The event is sponsored by the Department of Veterans Affairs and Congressman Mark Meadows’ office. If for some reason the landscaping, or the repavement of the parking lot are not completed by Oct. 5, Roland said as soon as that event is over, the work will get started.

The Robert C. Carpenter Community Building has served Macon County residents for decades. The building has hosted youth basketball, Senior Games practices, public forums, art exhibits, and served as a meeting place for the community at large for years. Leadership in Macon County wanted to renovate the building to make sure citizens for generations to come can continue utilizing the facility.

The project included a complete facelift of the building with improvements outside and in every room inside. General project renovations include a new roof and sidewalks. Permanent benches for waiting visitors have been installed at the front entrance. Room specific improvements throughout the entire facility include new flooring, new LED, energy-efficient lighting and interior paint. New cabinets and countertops have been installed in the multipurpose and craft rooms. The restrooms were completely gutted and renovated with new fixtures, flooring, equipment and furnishings.

The final touches on the project got a funding boost from N.C. Senator Jim Davis. Roland informed commissioners last week that Davis has worked to get legislation passed that resulted in $100,000 being sent to Macon County. The funds were earmarked for community purposes, which commissioners agreed would be the community building.

“As part of last session’s budget negotiations between the House and Senate, each senator was allowed to appropriate $100K to a local nonprofit,” said Davis. “I was advised of this late on a Friday night and allowed 15 minutes to decide.  Since serving as a Macon County commissioner and being aware of the work done by the Community Funding Pool I decided to send the money to that entity.  As it turns out, the Community Funding Pool is not a nonprofit and the technical language of the budget bill did not allow the transfer of funds.  After conferring with Derek Roland, it was decided for Macon County to use the funds for the [community building] which freed up appropriation for other purposes in the county budget. This change was made in a technical corrections bill passed later in last session to make it legal.”

The $100,000 from the state will be allotted to the county based on reimbursement, meaning that the county will fund the landscape and paving, and then send invoices to the state to be reimbursed for the work up to $100,000. Without the state funds, the county would have had to dip into the county’s fund balance or contingency fund.

Celebrate the Fourth of July in Franklin