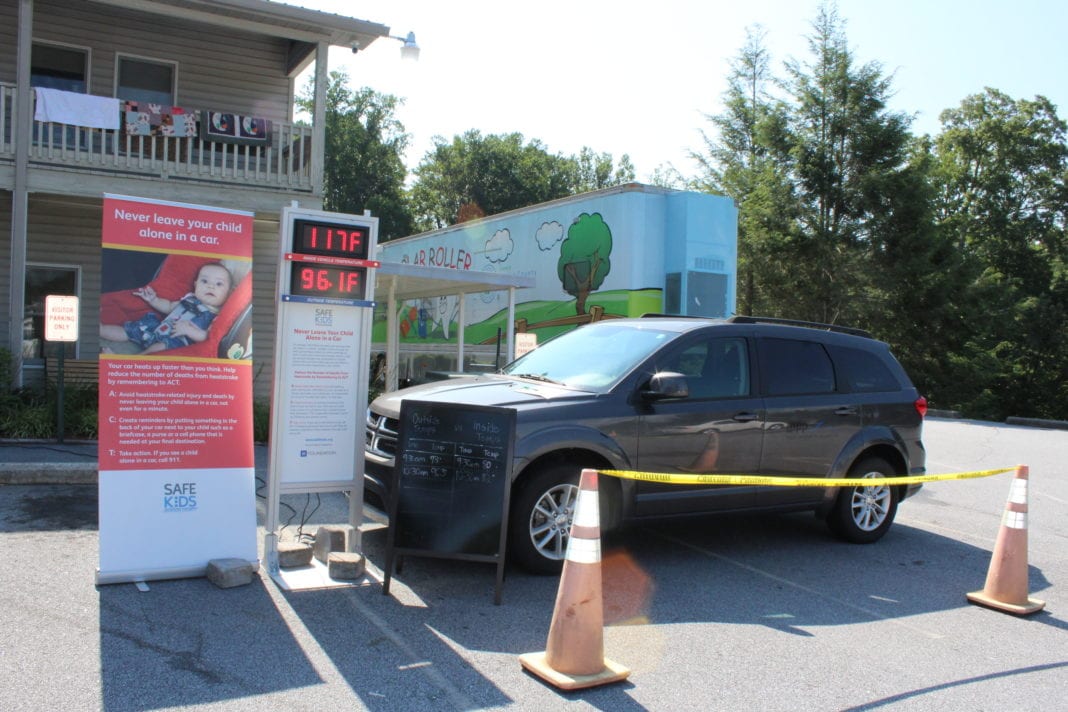 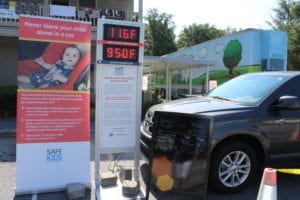 Vehicular heatstroke, hyperthermia, and death are just some of the devastating consequences that can occur when a child is left in a hot car. And while it’s every parent’s unfathomable nightmare, on average, 37 children die in hot cars each year, according to the safety organization Kids and Cars. So far in 2017, 22 children have lost their lives after being left in a hot car, with the most recent death occurring Saturday, July 15, in Las Vegas.

To raise awareness of the dangers of hot cars, Safe Kids Macon County partnered with Macon Program for Progress on Wednesday and the Macon County Public Library Thursday, July 20 to hold hot car demonstrations. Hot Car demonstrations feature a thermometer inside of a car showing the temperature inside the vehicle, as well as a thermometer on the outside of the vehicle. Thursday’s event at the library will be in conjunction with the library’s “community helpers” day. The event will have story time, fire trucks, and law enforcement vehicles on display for the community.

These include instances where a child has been forgotten in a car, accidentally locks themselves in a car or the trunk, or, in a small number of cases, when a child has been intentionally left in a car. While 19 states across the country have laws that make it illegal to leave a child alone in a car, North Carolina is not one of those states.

NoHeatStroke.org, a data site run by a meteorology and litigation expert, has been collecting data on these incidents since 1998. Since that time, the highest number of deaths per year was in 2010, with 49 deaths. 2015 had the lowest rate of incidents, with 24.  A vast majority (87%) of vehicular heatstroke victims are 3 or younger. More than half (55%) are a year old or younger.

Vehicular heat stroke is largely misunderstood by the general public. The majority of parents are misinformed and would like to believe that they could never “forget” their child in a vehicle. The most dangerous mistake a parent or caregiver can make is to think leaving a child alone in a vehicle could never happen to them or their family.

In more than 55 percent of these cases, the person responsible for the child’s death unknowingly left them in the vehicle. In most situations this happens to the most loving, caring and protective parents. It has happened to a teacher, dentist, social worker, police officer, nurse, clergyman, soldier, and even a rocket scientist.

A child’s body overheats three to five times faster than an adult body. The inside of a vehicle heats up extremely quickly. Even with the windows partially opened, the temperature inside a car can reach 125 degrees in minutes. Eight percent of the temperature increase happens in the first 10 minutes. Cracking the windows does not help slow the heating process or decrease the maximum temperature and children have died from heatstroke in cars when outdoor temperatures were as low as 60 degrees.

Reduce the number of deaths from heatstroke by remembering to ACT.

Avoid heatstroke-related injury and death by never leaving your child alone in a car, not even for a minute. Always lock your doors and trunks – even in your driveway. And keep your keys and key fobs out of the reach of kids.

Create reminders by putting something in the back of your car next to your child such as a briefcase, a purse or a cell phone that is needed at your final destination. This is especially important if you’re not following your normal routine.

Take action. If you see a child alone in a car, call 911. Emergency personnel want you to call. They are trained to respond to these situations. One call could save a life.