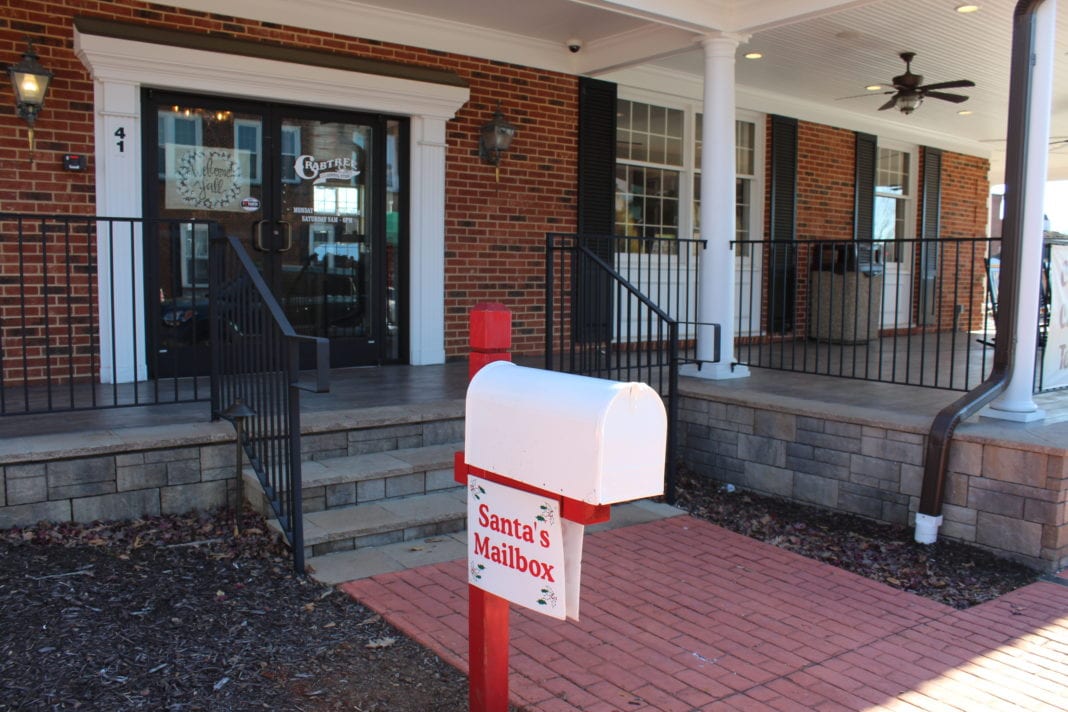 On Saturday, Dec. 9, and Saturday, Dec. 16, Santa Claus will be stopping in at Crabtree General Store for the annual Cookies with Santa event. Children can write letters and place them in Santa’s special mailbox and visit with Santa himself. While the event is free, any donations collected will be given to KIDS Place.

Santa is played by Bruce Conley, who has dressed as Santa for events in Macon County, including the annual Christmas Parade last weekend, for three decades.

For Timothy Crabtree, owner of Crabtree General Store, Cookies with Santa is not just a way for him to give back to the community, but he, too, grew up knowing Conley as Santa, which makes the event even more special.

“I grew up knowing Bruce as Santa, so now being able to watch him volunteer his time is even more special to me,” said Crabtree.

Crabtree, who also owns Motor Company Grill and has hosted Cookies with Santa there in the past, says he appreciated Conley’s willingness to play Santa. “We love having the free event Cookies with Santa,” said Crabtree.”In 2015 we starting hosting the event at Crabtree General Store.  Bruce refuses to be paid for the event.  He simply asks to take donations for KIDS Place.  Bruce and his wife Sherry are very generous and loving people.”

Santa’s mailbox will be located in front of Crabtree General for the holiday season. Families are encouraged to stop by and pen a letter to Santa. Crabtree and his staff make sure that “Santa” responds personally to each letter placed in the mailbox box which are mailed back out from the North Pole.

“We love getting the letters and reading each one of them,” said Crabtree. “I am sure that it is just as exciting for our staff to read and ‘play Santa’ when responding as it is for the children to mail their letters to the North Pole.”

Hundreds gather for Back the Blue to support law enforcement

Burn ban issued as wildfires break out in WNC