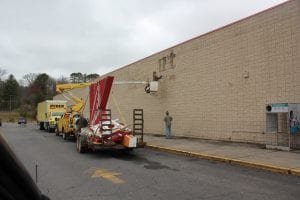 On Sunday, April 8, Kmart closed its doors for the last time, and by Monday afternoon, the signs that identified the retail shop had been removed and carted away. At the same time, on the opposite end of Westgate Plaza, a sign was hung in the windows of what used to be Ingles, announcing that on Wednesday, April 11, Sav Mor Grocery will be opening their doors for the first time. 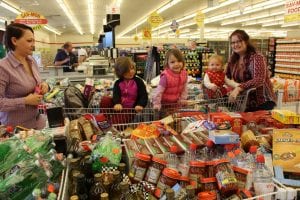 “Sav Mor is opening this week, and we are still working with possible tenants who are very interested in coming into the Kmart building,” said Milles Gregory, the current manager of the Westgate Plaza Shopping Center. Gregory couldn’t comment on any potential businesses that may inquiring about the now vacant retail space, but said he was confident that a new tenant would be named soon.

Kmart, which first opened in the Westgate Plaza Shopping center in 1987 as a 60,000 square foot retail center, announced in January that the store would be closing its doors in April. Kmart expanded once during its 31 years at Westgate Plaza, adding the garden center making the total space 96,000 square feet.

Sears acquired Kmart in 2003 and combined the two stores under Sears Holdings two years later. More than 1,000 stores have been closed in the past few years, leaving only 1,104 stores remaining in operation across the country. The closing of the Franklin Kmart means the next closest Kmart location is now be in Waynesville.

The building which now houses Sav Mor Foods is owned by Ingles Markets, and had been 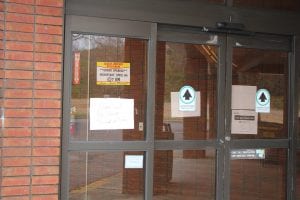 empty since Oct. 25, when the Ingles relocated to the new Super Ingles location on the Georgia Road. The Franklin Sav-Mor location makes the eighth Sav-Mor Foods location in North Carolina, including one in Sylva. There are also locations in South Carolina and Tennessee.

Mike Trammel honored for 30 years of service to Macon County

Mission Health meeting closed to the public; provided no insight