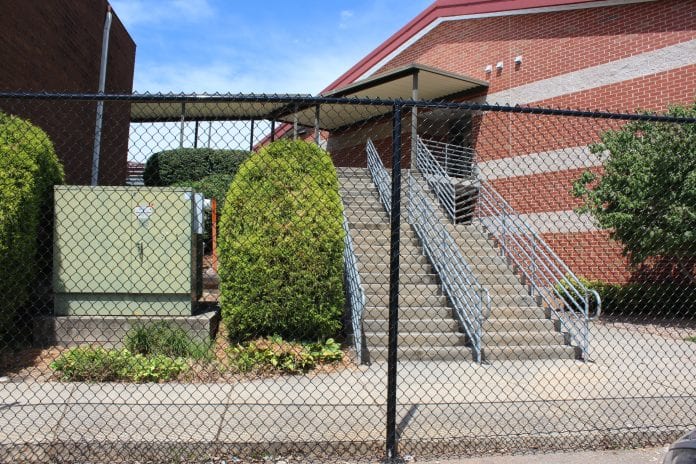 Making a decision can be a difficult task, especially if you are in a position of having to shortchange one thing for another. Someone or something has to lose. This was the dilemma that the school board faced last week at their special called budget meeting.

Requests that didn’t make the cut

As the board reviewed all the requests from school principals they knew from past experience that there was simply not enough money in the Capital Outlay Budget to grant all the requests. They decided to look line by line at how important each request was based on safety hazards, security concerns, or health risks to students or personnel or whether it was simply aesthetics. Moving requests to be dealt with at a later time was the task of the evening.

One of the largest chunks of money requested was for the tracks at the middle and high school which would eat about $225,000 from the already inflated budget requests. Since the architectural firm Novus has been hired to survey the track situation, the money needed to resurface the track was put on the back burner until the firm delivers their survey results later this year.

Some of the requests that were put on hold were that of the central office HVAC roof top unit repair, at a cost of $7,000; resurfacing and filling in cracks in the MVI parking lot at a cost of $15,000; the sewage treatment plant at Nantahala School would also have to wait since the cost would be near $175,000; some fencing at Highlands School and South Macon would cost $56,821 so that was tabled; and two 26-passenger activity buses which would cost $108,512 were also crossed off the list.

Technology took a big hit with requests totaling $724,674 for items such as iPads, desktops, Macs and projectors all moved to be discussed next month. Some safety and security cameras along with a fire alarm system upgrade at several schools took a hit to the tune of $237,303. Some furniture such as cafeteria tables and student desks along with some custodial equipment pushed another $469,916 into the “could wait” column.

All in all the requested amount of $3,575,757 was reduced by putting $2,318,357 into the “could wait “ column. This was only a temporary solution which will have to be dealt with before the end of the fiscal year in June.

Requests that were preserved

Some of the essential requests that were kept in the budget include traffic speed bumps at Franklin High School; bus garage floor epoxy; playground mulch at Mountain View (MVI) and South Macon (SMES);  gym door panic locks at Union Academy; and school signs at FHS and Macon Early College totaling $72,600.

The structural budget included $782,100 in repairs at various schools, including $225,000 for window replacements at FHS in the main building. Aside from a few items for cooking purposes at several schools totaling $70,000, the budget was satisfied for now being reduced to a more manageable $1,217,400.

In other business, the 2019-2020 School Calendars for Franklin area schools and Macon Early College were approved, which included eight teacher workdays and nine student holidays including two weeks for the Christmas holiday and one week for student’s spring break. The 2019-20 school year will start on Aug. 26 and ends on May 22. The Macon Early College calendar is slightly different with school beginning on Aug. 12 with graduation being held on May 26, 2020.