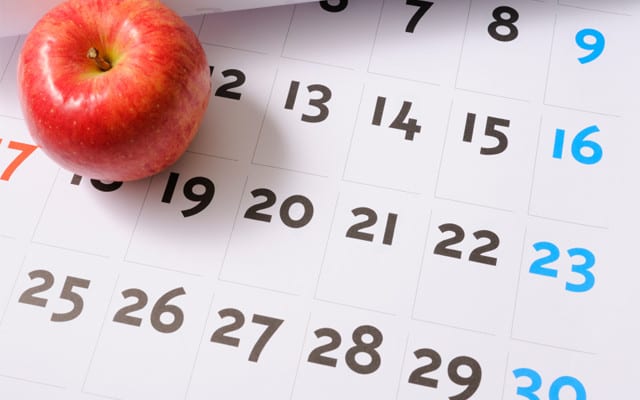 Summer in Macon County next year will be a little longer than normal, based on the 2017-18 school calendars approved by the Macon County Board of Education Monday night. This school year is slated to end on May 26 and based on North Carolina law, the following school year is required to start on the Monday closest to Aug. 26, which means Aug. 28 next year. From the last day of school this year, to the first day of school next year, 94 days will make up summer break.

The North Carolina legislature dictates the school calendar. The General Assembly passed a school calendar law in 2004 at the urging of the tourism industry and some parents who were concerned how school districts were shortening summer break. Some districts were starting traditional-calendar classes in the first week of August. The tourism industry, predominately on the eastern end of the state, argued the need for student workers, wanting to ensure they had enough employees to sustain the tourism season.

North Carolina’s calendar law says schools can start no earlier than the Monday closest to Aug. 26 and end no later than the Friday closest to June 11. Charter schools and year-round schools are exempt from the law. School systems, including Macon County, have petitioned the state for more local control of the calendar for years to no avail.

Last year, in order to meet the state’s requirements of beginning and end dates, and to give students the chance for a minimum of 1,025 hours of “in seat” time, another requirement by the state, the Macon County Board of Education added 20 minutes to each school day.  Before the longer school days, students would end the first semester, spend about two weeks out of school and out of the classroom, then return in January for testing. The longer school days gave Macon County some control of the calendar, and allowed testing for the fall semester to be completed before the Christmas break.

By implementing the extended school days, depending on snow days, the Macon County Board of Education approved a calendar that ended the school year earlier than normal. The earlier end date, paired with the state mandated start date, will result in a 94-day summer break.

How the school system plans to address the issue

When first discussing the 20-minute extended days, the school board took note that it would mean a longer summer break this year. Macon County Schools Superintendent Dr. Chris Baldwin said the school district would look at potentially implementing optional summer programs that would give students an option for instruction during the summer.

“We are in the process of planning summer activities,” said Dr. Baldwin. “These activities will be dependent upon the budget.”

Another option the school system is considering is extending the district’s Summer Edventure camp. The camp is eligible for elementary students who have completed kindergarten. Students ages 13 and under who have completed any middle school grade are eligible to attend. A Counselor-in-Training volunteer program is also available for selected students ages 15 up to age 18. Enrollment is accepted on a first-come, first-serve basis provided there are available slots.

The program is currently planned for eight weeks in 2016 and has a tuition cost of $1,026.

Dr. Baldwin said that the school system is also hopeful the district will be able to offer a transition camp for rising 5th graders again in 2017, as was offered last summer.

For the last five years at least, some form of legislation has been submitted and debated in the North Carolina General Assembly, and this year is no different. Last week during a special session of the General Assembly, House Bill 12 was introduced. Under HB12, school boards could set the opening date for schools to coincide with the opening date of the community college serving their city or county, which in Macon’s case would be Southwestern Community College. This year, Macon Early College, which is already allowed to align their calendar with SCC, started school on August 9 and is set to end the school year on May 26.

Having the flexibility to do the same with other schools in Macon County would allow the local board to include adequate snow days, something the eastern part of the state doesn’t have to deal with, get testing in before Christmas, and not have a three months and two days summer break.

Macon County Board of Education Chair Jim Breedlove said that the legislation would benefit Macon County and hopefully something that will be reconsidered early next year.

House Bill 12 failed to get any traction during the special session, but could be reintroduced during the regular session next year, which will include a new wave of House Representatives, including newly elected House District 120 Rep. Kevin Corbin. In addition to serving on the Macon County Board of Commissioners, Corbin spent 20 years on the school board and is all too familiar with the process of developing the school calendar.

“I am a local government guy,” said Corbin. “I believe without question that local school boards should set their own calendar. What works in Wake County does not necessarily work for Highlands. Each county school board should have that flexibility. House Bill 12 was referred to the committee on Rules, Calendar, and Operations on Dec. 15.  Basically the bill was killed.  We will have to reintroduce the bill in the 2017 session which I plan to help do.”

Even though Corbin won’t be sworn into office until Jan. 11, he has already started to work on issues such as House Bill 12 that can help his district.  “I have already spoken with the bills sponsor Linda Johnson of Cabarrus County,” said Corbin. “I have offered my help as having served 20 years on our local school board and was active with the NC Schools Boards Association. She and I had a long, very good discussion and I have agreed to co-sponsor the bill with her and help with meetings between the School Boards Association and the Tourism Industry. I think we can gather enough support to pass the bill in the House. Hopefully then the Senate will follow suit. I have already spoken with Senator Davis about the issue and he and I are going to discuss it at length after we are sworn in on Jan. 11. He, like myself, is a strong proponent of local control. I hope we can transfer that to support in the Senate.”

Commissioners pitch in on sound system for veterans park