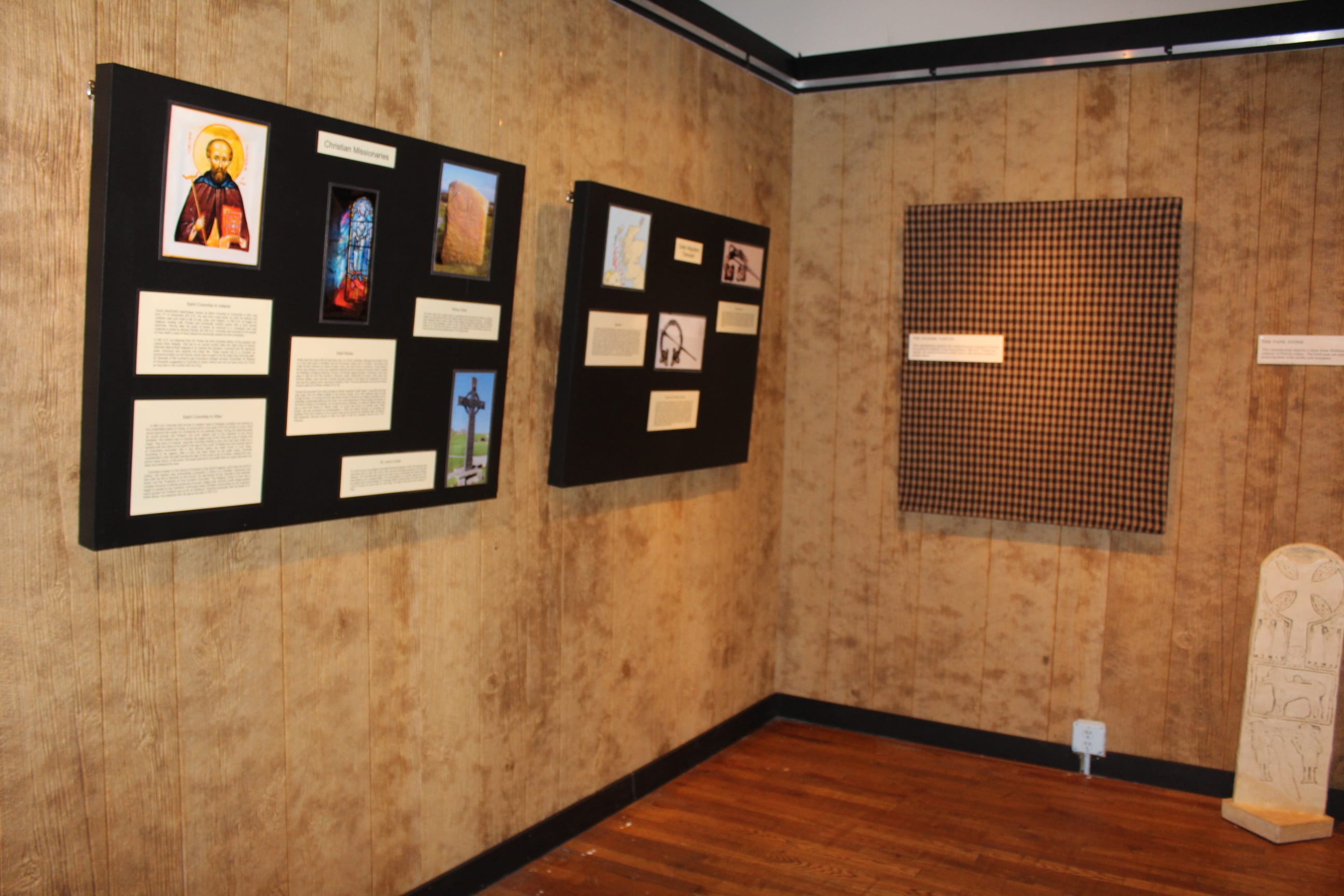 The public is invited to attend the unveiling of the Scottish Tartans Museum’s expansion and added exhibits on Saturday, Dec. 16, at 10 a.m.

The Scottish Tartans Museum & Heritage Center was founded by Dr. Gordon Teall of Teallach, president of the Scottish Tartans Society of Scotland formed in Scotland in 1963 “to study the origins, history and development of tartans.” The Franklin museum was established to be a center for reliable information on Scottish Highland dress traditions and to serve the large Scottish-American community as a general Scottish heritage center within the United States to educate about tartan and Highland Dress.

In 1988 the museum began its existence in Highlands, N.C., in a rented area of the Highlands Inn. The space was small and in six years it moved to Franklin and occupied space on the main floor of the Burrell Building. The last relocation of the museum was made in 1999 just across Main Street to the present location where they have more room and accommodations that meet their needs.

“In 2015 the decision was made to expand the museum an additional 750 square feet by utilizing an area of the main floor gift shop space,” said museum director Jim Akins. “This allows the museum to show the best chronological order of the early history of Scotland. The early history would be divided into three sections. The first section includes the Dr. Gordon Teall exhibit and include the Neolithic, Roman and Celtic migration periods.”

Wallace, Robert de Bruce and a costumed medieval man. Also on display is the Declaration of Arbroath written in 1320 was the first known written declaration of independence written by Scots in defiance of their British rulers. The Falkirk tartan, which is the oldest tartan found in Scotland and dates to 325 AD, will also be in this section.

The third section is the Renaissance area has a mannequin of a Renaissance boy and a new display of Mary Queen of Scots in an outfit on loan to the museum by Penny McCoy. This section will also include history of King James I through James the VI.

funds are raised we will start renovations,” said Akins “We have received a grant of over $4400 from the town of Franklin nonprofit funding pool which will fund a new display case that will feature military uniforms and artifacts some previously not displayed before and the first project in our renovations project.”

According to Akins, the museum expansion could not have been accomplished without the two generous grants from the town of Franklin nonprofit funding pool of $8000, and a donation of $4000 from Charles D. Swift in honor of his parents Dr. Lloyd and Eleanor Swift earmarked for six mannequin cases.

“These cases would not have been possible without David and Joan of The Glass Shoppe donating the fabrication labor and materials at their cost,” said Akins. “The Roman soldier exhibit was donated by Wayne Miller in memory of his wife, Mary Kate Miller, educator and devoted Museum volunteer.

“Scottish Heritage USA’s donated $4000 for the museum expansion and an additional $4000 for new stairs, handicap entrance ramps and door. New World Celts’ monetary donations from various chapters helped get us started before any grants were received. To our knowledge we are the only museum dedicated to the history of highland dress and development of tartans and the kilt outside of Scotland. In 2010 Sir Malcolm MacGregor of MacGregor, the Clan Chief, visited from Scotland and afterwards commented, “There needs to be a museum like this in Scotland”.

This year the Scottish Tartans Authority has been granted funding to build a National Tartan Center in Scotland.

The museum is a 501(c )3 non-profit corporation with a seven member Board of Directors, four local and three out of area. “Our general funding comes from gift shop sales, memberships and private donations. We are not supported by local, state or federal government money,” said Akins.

The museum expansion grand opening will begin Saturday, Dec. 16, at 10 a.m. with a ribbon cutting at 11 a.m.

Hotel California: A Salute to the Eagles returns to SMCPA