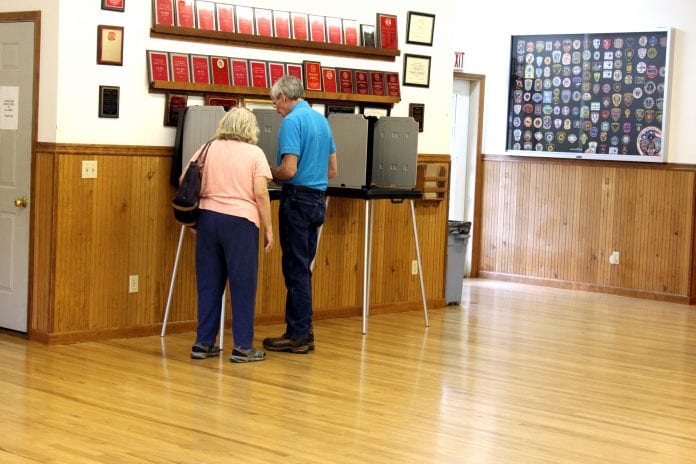 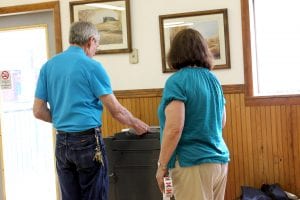 Voters across the state headed to the polls on Tuesday, for the state’s second primary election. The election was rescheduled while the state’s congressional district maps were debated in court.

The state’s Congressional maps were upheld twice in the state’s Supreme Court,  but a federal judge threw out the first and 12th congressional districts on Feb. 5 due to gerrymandering. The lawsuits against the maps challenged the maps that were redrawn in 2011, due to claims that Republican legislators gerrymandered the maps.

Bryson, 71, is a Democrat from Bryson City who was born in Franklin. He has a Bachelor’s Degree in mechanical engineering from North Carolina State University. Bryson moved back to Bryson City after retiring from a career as a public relations writer for an industrial manufacturing publication in Ohio. Bryson has served as an alderman for Bryson City and is currently in his first term.

In the North Carolina Supreme Court race, voters cast their ballots for one of four candidates ultimately selecting Robert H. Edmunds (234,142 votes total) and Michael R. Morgan (167,221 votes total) as the two candidates to face off in November.

Voters in Jackson County approved a quarter of a cent sales tax increase with unofficial results showing 1,795 votes in favor (63.54 percent) and 1,030 votes against (36.46 percent) the tax increase.

The one-fourth-cent sales tax would bring in an estimated $1.2 million per year for Jackson County and according to a resolution passed by Jackson leaders this spring, the funds will be used for educational projects at both Southwestern Community College and Jackson County Schools.  In the state’s 100 counties, a total of 27, now 28 with Jackson County, have adopted the quarter-cent sales tax to supplement education.

Opponents of the referendum cited the June primary date as a negative in asking voters to cast a ballot on a tax increase. Because of the primary election being held at an odd time, voter turnout was a fraction of what it would have been if the referendum was placed on the November ballot.

Five things to help you best prepare for the Solar Eclipse