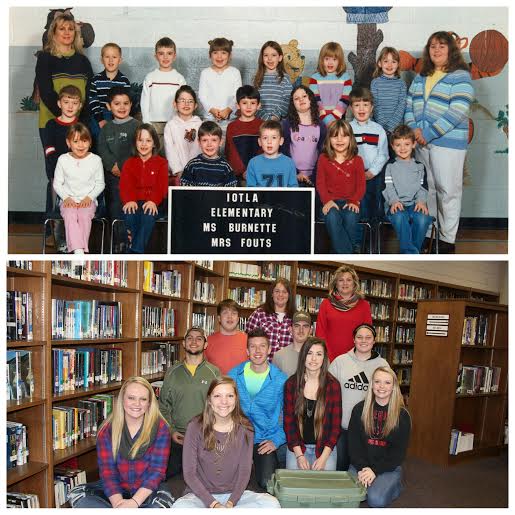 A lot can change in 13 years and for a group of seniors at Franklin High School, just how much has changed was put into perspective last week when they unlocked a time capsule they buried when they were in kindergarten at Iotla Elementary.

“When this bunch of kids were in kindergarten, some of the parents and their teacher thought it would be a great idea for them to do a time capsule to see how they might change over time,” said Maria Tallent, one of the parents involved in the process. “I think they may have been working on a community/change unit and it seemed to fit in great. We did not know what the students would put in the time capsule, but we were hoping it would give them a great sense of being connected and thought it would just be fun.”

To pack the time capsule with all things 2003, the kids answered questions about their favorite things like music, colors, places to go and games to play. They also included a picture of their family and one item that they felt was important to them at the time.

The teachers wrote a letter for the kids when the capsule was put together and included the poem, “All I Really Needed to Know I Learned in Kindergarten.”

“My daughter Ashleigh was one of the students, so I volunteered to keep the capsule at my house till time to open it when they graduated,” said Tallent. 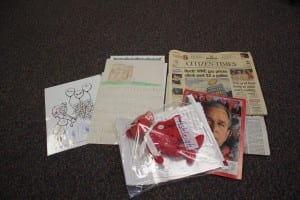 Tallent said that although from time to time she has thought of the time capsule, which has been stored in the top of her closet for the last 13 years, most of the students had forgotten about it, which made opening it even more special for the students and their parents.

“They were very surprised with what they put in their bags,” said Tallent. “Only one or two remembered what they put in it. They laughed at the answers to the questionnaire. They were asked to complete the questionnaire again before opening the capsule. Kyle Norton turned around and said, “I can’t fit my hand print outline on this paper, my hand is too big.” But both his hands fit on the paper when he was in kindergarten.”

While a lot of things changed in 13 years, some of the kids were excited to see that some of their goals were exactly the same. “For me it was kind of humbling,” said Norton. “I saw how far each of us came and how our likes and dislikes changed. But it was also very cool for me because the dream job I had then is still the dream job that I am currently pursuing.”

For Nicole Downs, the time capsule put life into perspective. “It was kinda emotional seeing how much things have changed since then and that it’s my senior year and my life is about to completely change from how I know it,” said Downs. “It was really sweet to see what my whole life revolved around at that age and how innocent I was.”

Despite more than a decade passing, Madyson Mercier said that she realized that time passes faster than we think.

“For me it was truly an eye opener that those years went by much quicker than I think we all realized,” she said. 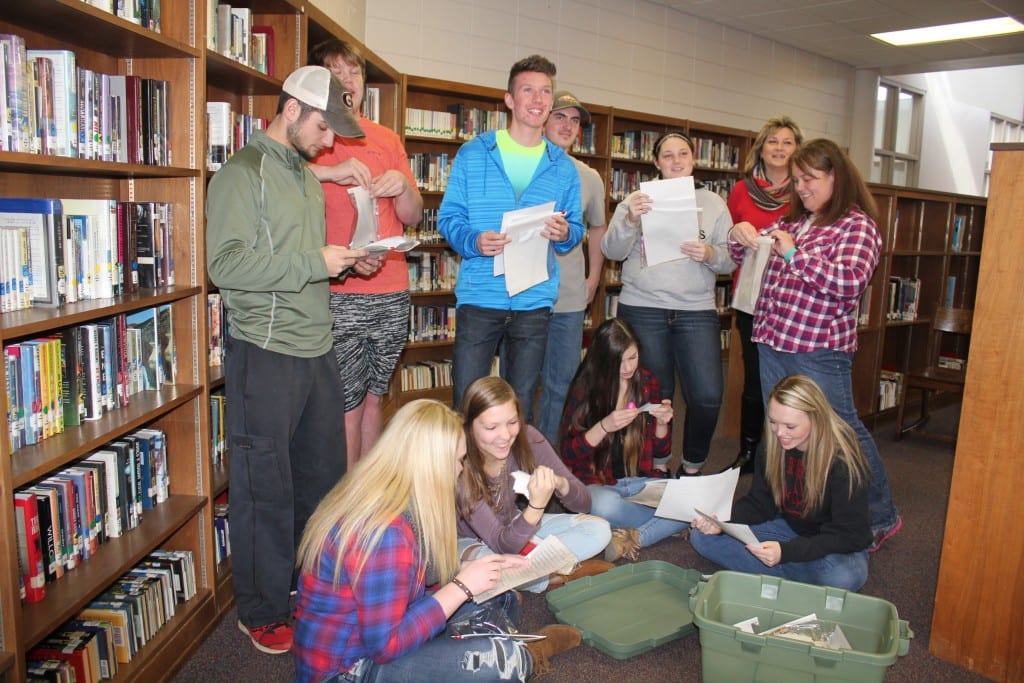 The students’ kindergarten teacher Christy Hart said opening the capsule was a chance to realize how proud she is of her students and how much they still mean to her 13 years later.

“I love what I do as a teacher,” said Hart. “It was so rewarding to be reunited with those kids.This year’s seniors are a great group of students. They have worked hard and it was so good to hear that all of them will attend college. I am very proud of each one of them and cannot wait to see what the future holds for them.”

As much as Hart enjoyed seeing the students, the students also enjoyed reconnecting with their first teachers.

“It was interesting that I put a Beanie Baby in my bag. My answers to the questions were so funny, they were my favorite part,” said Ashleigh Tallent. “It was really great to get to see Mrs. Hart and Mrs. Fouts again, and to know that many of the friendships I started in kindergarten I still have today and hope to have for many more years.”

As a parent, Tallent said she liked seeing the project come full circle.

“I have watched this bunch of students grow and mature over the years,” she said. “I am so proud of them and their accomplishments. I know each of them will go far in life as they have great values and respect for each other and themselves. As they opened the time capsule I could not help but think this is not an end, but instead a beginning for each of them. A time to reflect on where they started and how they have the tools, family and friends to make a great life.”