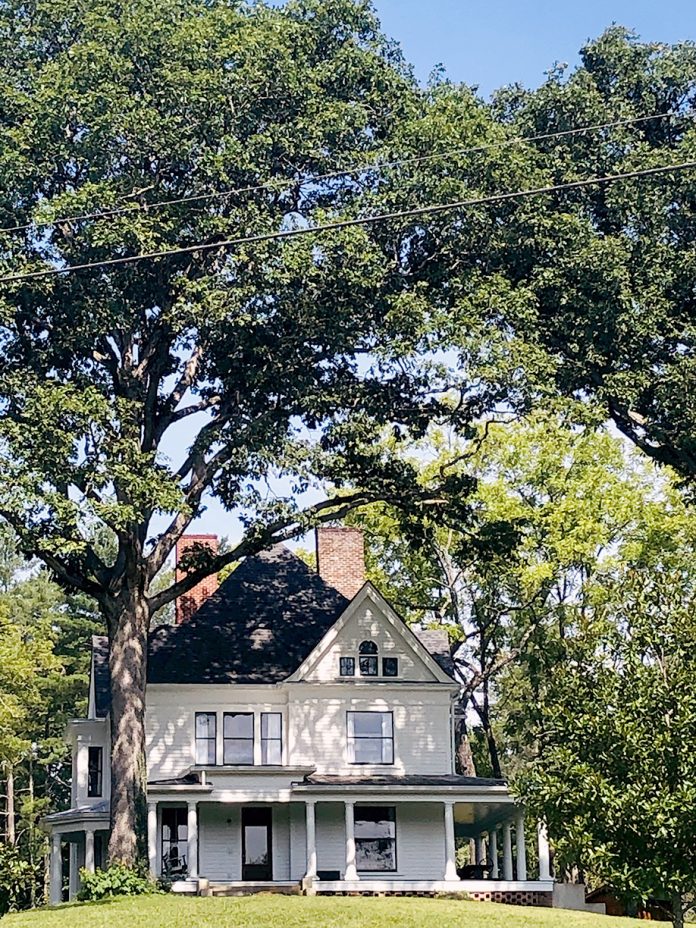 When the impressive home on Harrison Avenue was constructed on a hill that once provided an extensive view of the Blue Ridge Mountains, a new century had just begun and the section of town less than a mile from Franklin’s Main Street was considered rural.

The 3,659-square-foot “Harrison House,” also known for many years as “Seven Oaks” due to the large oaks on the property, was quiet for a season but now is transformed and ready for a new chapter.

The last person to live full-time in the solidly-built, three-story home with full basement and wide columned porch was Mildred Olivia Harrison Shope, who resided in the home with her husband, Lake Vance Shope, until he died in 1994. After Mildred passed in 2007, her granddaughter, Amelia Wall Warner – five generations removed from the original owner of the home – decided to oversee the task of restoration as well as some updates to achieve modern conveniences.

Back to the beginning 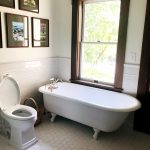 The original owner/builder of the home was John Odell Harrison. Franklin native Linda Shope Wall, who lived in the house from fifth grade until she married Henry Wall, wrote about her great-grandfather in the 1987 published “The Heritage of Macon County,” that can be found at the Historical Museum of Macon County. John’s father, Jeremiah Page, joined the Confederate forces during the Civil War and became a prisoner of war in Rockford, Ill. The family moved to Macon County and John attended school in the Mt. Zion Church in the Cartoogechaye community. When school was in session, the teacher – who boarded at the Wayah Valley Harrison house – took John there by horseback. 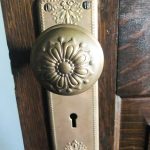 In 1883, John married Althea Olivia Nolan. They remained in the Wayah area until building their in-town home most likely in the late 1800s [exact year is uncertain] on a knoll within walking or horse-and-buggy distance from downtown Franklin. At that time, the road from “town” stopped at their home.

Wall wrote that her relatives “used hard northern red oak picked from perfect timber grown in the Harrison Cove on Wayah Creek” for their new home in Franklin. Plus, “The Heritage of Macon County” history shared that a former slave, “Steuart,” was responsible for the home’s interior finishing work as well as the chimneys.

John and Althea had four boys and four girls, and they became prominent members of Franklin. He was appointed postmaster under President Grover Cleveland, and he was elected to the Board of Aldermen and was chairman of the County Board of Commissioners. He also served as mayor of Franklin from 1940 until his death in 1945.

John Harrison was also the main wholesaler to Macon County, bringing in Northern goods to the area that could not be grown or made locally. Henry Wall explained that the goods would have to be brought on horseback or by wagon over Cowee Mountain, stocked in what was called The Camp – a long structure that is now being renovated on the Harrison property to become guest quarters.

“Atlanta had been burned in the Civil War,” he said, “so for a while, goods had to come from the North instead of up from Atlanta. Local citizens could purchase items brought to The Camp. Delivery people would rest their horses in the four-horse barn [which is still on the property] and themselves at The Camp before heading back over Cowee Mountain and then north.”

Because of the home’s oak structure, floors, built-ins, mantels, doors, transoms, moldings, and more, nothing major needed to be overhauled or replaced during the restoration process.

In 2018, Warner gave the green light for work to begin on the house.

“The project has been meaningful because the house has been in the family so long and I was so close to my grandmother [Mildred Olivia Harrison Shope] … this is our family’s home,” said Warner, a pharmacist. “My mother grew up in the house for the most part. And my brother and I always loved the house and visited our grandparents often. It’s the happiest place on earth for us, where we have wonderful memories of  good food being served … laughter …”

Warner added, “After my grandmother passed away [at age 92], it was sad for us to see it slowly declining. So I talked to my parents [who live in Franklin] and my brother, Ben [Vance Wall, who resides in Dublin, Ohio] about restoring it and using it for my family and as a gathering place for all our family. We have lots of aunts, uncles, cousins that will gather there.”

Warner currently lives and works in Raleigh with her husband, Mike Warner, an attorney, and their two daughters, who will turn 12 and 14 in October. She said that other than a South Carolina contractor that the family knew, much of the work on the house was completed by local professionals and craftspeople.

Work on and in the house included sanding and re-staining of doors, floors, moldings, and other wood surfaces. Some window frames were rebuilt, yet much of the original hand-blown glass panes were saved. The exterior brick lattice design base under the front porch was reconstructed using mostly original bricks, but also new bricks that matched.

Wiring and plumbing had to be replaced or updated. And central heat and air was added to keep the home a consistent temperature.

All the original, ornate brass door handles and coal fireplace grates were cleaned and polished.

The only major change was a new kitchen. Oak flooring for the new and modern kitchen was matched as closely as possible to the 100-plus-year-old oak flooring.

“My grandmother always wanted a more accessible, eat-in kitchen,” said Warner. “She would have loved this kitchen!”

“Back then, food was always prepared in the kitchen and served in the dining room,” said Linda Wall. In fact, she and Henry spent many months refurbishing the original solid oak dining table.

Only one bathroom exists upstairs, along with the five bedrooms, and that bathroom’s original clawfoot tub was refurbished. The former kitchen pantry downstairs became a powder room.

“We received the certificate of occupancy right before Memorial Day and had all family gather there,” said Warner. As a memorial to her grandmother, a sign over the old kitchen fireplace mantel reads: “Nana’s Kitchen.”

“Throughout the house is mostly all the furniture that has always been there,” she said. “We just had to have some of it restored. We found a lot of family artifacts. Some are hanging, some are tucked away in chests.”

One treasure of Linda Wall’s is a child’s rocking chair that Ben Harrison [her grandfather] built for her; it has her name carved into the back of it. Linda and Henry can also enjoy the parlor where as teenagers they danced to music playing on an old record player; they can also sit in the restored porch swing where they courted.

Warner’s favorite part of the home?

“I love the whole house, so it’s difficult to say what it my favorite. But I do especially love the front hall. The five-pedal upright piano [Wing & Sons New York Cabinet Grand] is there and has been restored and my mother played it and my brother and I learned to play it. And I just love knowing that my great-grandfather [Ben Harrison] built so much of the furniture that is in the house. Everywhere you look are family heirlooms … memories.”

“We returned the house to the way it used to be in a lot of ways,” said Warner. “When you walk through the house now, you will see things from the late 1800s but also up through the early 1900s, 1950s, … this house shows the history of our family throughout these generations.

“I love Franklin, where I grew up. I’m proud of the town and its history. To restore something that’s been here for a long time makes me so happy. So many towns are struggling and their historic places are being torn down, but to have this history preserved for several generations to come means a lot,” she concluded.

While Harrison House’s revival is completed, landscaping is underway and work on The Camp guest area continues. Eventually, an outdoor-style kitchen will be tucked next to a side porch so the families can enjoy meals outside.