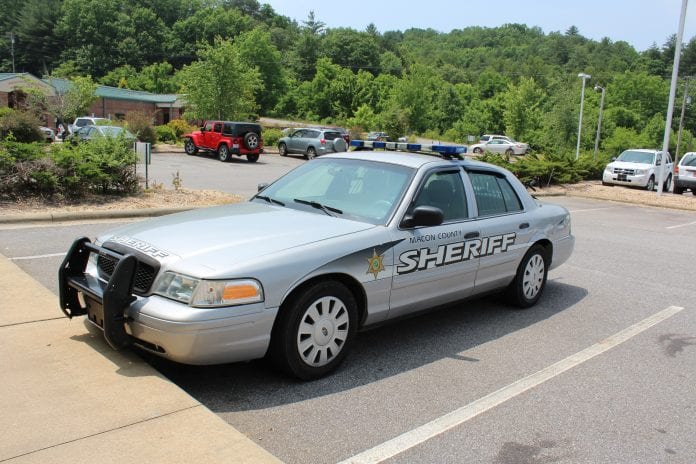 Macon County Sheriff Robert has asked county commissioners to provide funding to outfit every car in the Sheriff’s Department fleet with an in-car camera system.

The department currently has 54 vehicles comprised of patrol cars, detective cars, administrative vehicles, detention office vehicles, school resource officers, civil process officers, and investigations. If funding is approved by commissioners, the department will be able to place cameras in every vehicle.

“We are looking at installing in-car cameras in all our vehicles throughout the department,” said Sheriff Robert Holland. “In-car cameras show far more than what body cams show and the in-car cameras are a far better tool. We are also looking for ways to purchase some body cams once this project is completed. We are in the beginning stage of the budget process and I’m sure many things will change as we go through the process.”

The request for in-car cameras comes after the Macon County Sheriff’s office, with the help of Rep. Kevin Corbin, received a $65,000 grant late last year from North Carolina legislature to purchase cameras for the department.

“We are continuing to look at various kinds of in-car cameras and body cam units that are compatible with one another and looking at ways to fund these items,” said Holland in January “Both types of equipment are a necessity in today’s law enforcement world but funding is incredibly difficult.”

Holland said part of the delay in immediately deploying cameras is that he wants to roll out the cameras for the entire department, not just a specific unit or certain people.

“We currently have the $65,000 that was awarded to us from the Legislature but as I have said that will only pay for a portion of the equipment and officers,” said Holland. “The biggest hold up we currently have is making sure that when we spend the very large amount of money that this will cost we must be sure it is equipment that will last. The last thing we want to do is spend money on equipment that isn’t going to last.”

After various meetings with companies providing both in-car cameras and body cameras, Holland decided to move forward with requesting $217,080 from commissioners to outfit all of the department’s 54 vehicles with cameras. The county’s allocation, along with the grant funds will fully fund the project.

According to the Bureau of Justice Statistics in 2016, nearly half of law enforcement agencies in the county have acquired either body cameras or in-car cameras for its staff. While state laws vary on what, if any, of the recordings are public record, North Carolina departments have utilized the cameras in multiple situations to protect both law enforcement officers and citizens.

‘Cold for a Cause’ raises donations bucket for final year