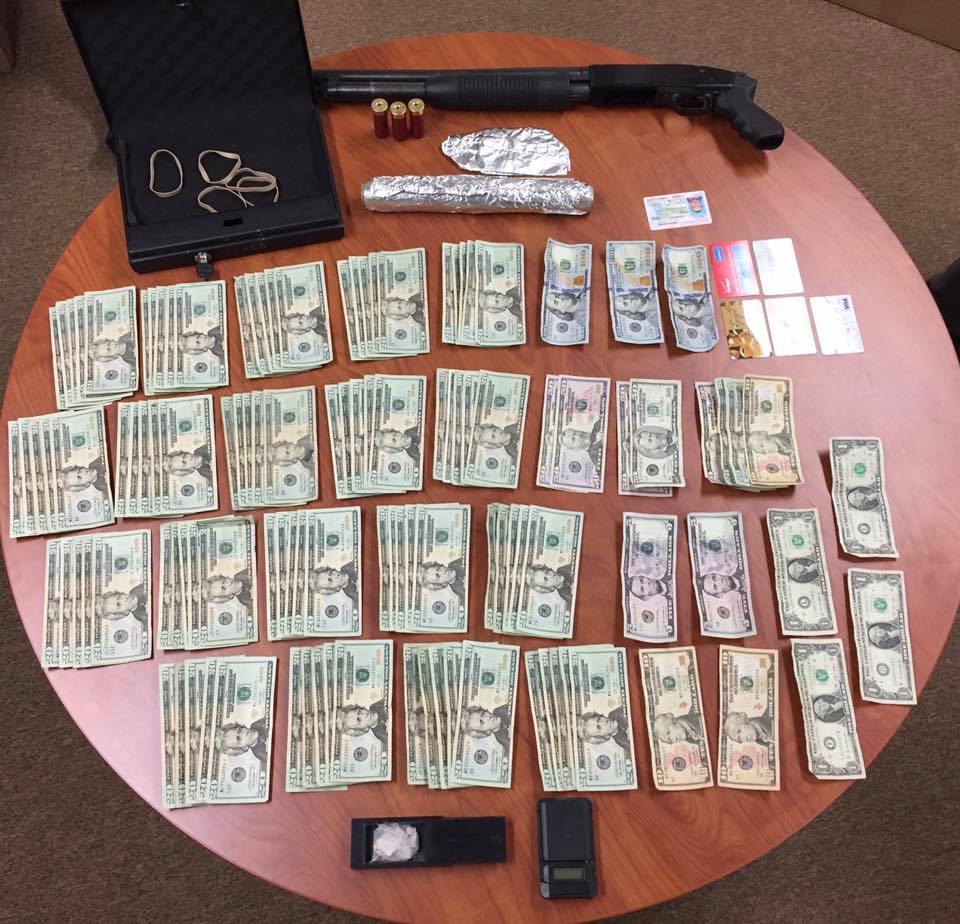 Following one of the most significant drug-related sentence in Macon County history when Brodie Hamilton was sentenced to a minimum of 56 years in prison, the Macon County Sheriff’s Office continues its commitment to address the drug epidemic in the county.

“The drug world is forever evolving and we have to change along with it,” said Sheriff Robert Holland. “While fighting drugs is no laughing matter and extremely dangerous, it’s just like playing a game. When one plan isn’t working you have to change your tactics and realign your resources in an effort to stay in play. We have conducted many investigations and made many arrests over the years after first taking office and creating our MCSO Narcotics Unit. Those who serve in this unit are dedicated professionals who have done an outstanding job but we recognized there was a need to change how we were conducting business.

“In 2016, I gathered my team up and introduced several changes within our agency. I introduced a new plan of action and we immediately went to work.  Last week’s arrests were not by accident. These arrests were the result of a combination of things but excellent police work and building relationships with members of our community were at the top of the list as to how those arrests came about. The Hamilton case was another example of that. I am  confident we will see even more results in the near future.  We are unwavering in our goal to identify and eliminate those who continue to pour these poisons into our community and will continue to make every effort to combat it all while continuing to work with our local, state and federal partners.

“Our community should know that we fully understand and recognize what our responsibilities are and we know that there are many families throughout our county depending on us to do our very best on a daily basis… including our own families who live here too. While some are only recently calling it an epidemic, I have always called it an epidemic.  I have done so because I know if it affects one life, one child, one family, I recognize that to that family it is, in fact, epidemic proportions.”

On Friday, Sheriff Holland announced that eight individuals were arrested on drug related charges following an extensive investigation and execution of a search warrant on a home on Mark Dowdle Road.

“Traffic stops were conducted by narcotic officers earlier today [Friday] after observing a vehicle leaving the residence known to law enforcement as a ‘drug house,'” said Sheriff Holland. “During the traffic stop by narcotic officers and following the execution of a search warrant at the home by SWAT [Special Weapons and Tactics], a large amount of heroin and cash was seized along with marijuana, methamphetamine, firearms, and scales.”

Bradley Brian Duane Keith. 24, was charged with felony possession with intent to manufacture, sell, distribute heroin; felony possession of methamphetamine; misdemeanor possession of drug paraphernalia. Keith was arrested in the search of the Mark Dowdle residence and was booked into the Macon County Detention Center on a $25,000 bond.

Tyler Garrett Converse, 23, was charged with felony possession with intent to manufacture, sell, or distribute a controlled substance; felony possession of methamphetamine; misdemeanor possession of drug paraphernalia. Converse was arrested while executing the search warrant on Mark Dowdle Road and was booked on a $25,000 bond.

Nicholas James Keith, 26. was charged with felony with intent to manufacture, sell, and distribute heroin; felony maintaining vehicle/dwelling/place of a controlled substance; felony possession of methamphetamine; misdemeanor possession of drug paraphernalia. Nicholas James Keith was arrested during the execution of the search warrant on the residence and was booked on a $28,000 bond.

Jeremiah Alex Keener, 39, was charged with two felony counts of trafficking opium or heroin; misdemeanor possession of drug paraphernalia. Keener was arrested during a traffic stop of Terrell Road and was booked on a $200,000 bond.

Ryan Eugene McHan, 31, was charged with felony possession with intent to manufacture/sell/distribute heroin; felony maintain vehicle/dwelling/place of a controlled substance; misdemeanor possession drug paraphernalia. McHan was arrested during the search warrant execution and was booked on a $25,000 bond.

Jonathan Russell Key, 30, was charged with felony possession of methamphetamine; misdemeanor possession of drug paraphernalia. Key was arrested during a traffic stop conducted in the Tractor Supply parking lot and was booked on a $5,000 bond.

In a separate case, the Macon County Sheriff’s Office arrested Benjamin Phillips, 48, on Friday following a traffic stop. Phillips was a wanted individual after a Grand Jury indictment for habitual felon. During the arrest, members of the MCSO Narcotics Unit  seized scales, packaged methamphetamine and marijuana.

On Friday, members of the community came together on the courthouse square for a public prayer rally to pray about the drug epidemic in Macon County. More than 100 people gathered on the square.

The event was organized by Carol Anne Elliott with Michelle Rogers after the recent death of a friend’s daughter. The goal of the alliance is to encourage the community to pray for the addiction problems of the community, but also to educate the community on the resources available in the community. The alliance’s motto is “Prayers with Actions.”