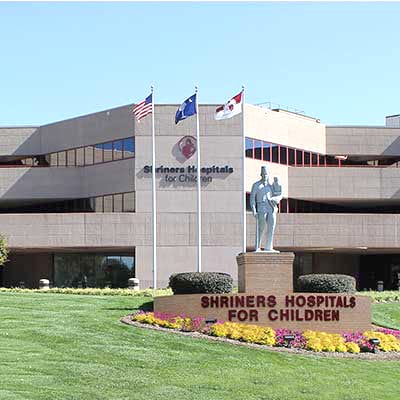 Donnie Wallace and Leon Ditch said the reason they volunteer for Shriners Hospitals is simple: “It’s for the kids.” They, along with around 55 other local Shriners (referred to as Nobles) and Gems (wives), volunteer their time in a variety of capacities.

This Saturday, during PumpkinFest, volunteers will participate in a paper drive, also called a paper crusade. The main intersections in Franklin will have Shriners donning traditional fez hats with tassels and printed vests. They pass out informational newspapers explaining more about the organization’s efforts and they carry buckets to collect donations. Recently n Highlands, a paper drive resulted in close to $2,000 collected.

The main purpose of Shriners, which is a fraternity based on the “fellowship and Masonic principles of brotherly love, relief, and truth,” cited Shriners International, is to support 22 Shriners Hospitals for Children, where children can receive specialized treatment for various conditions and injuries.

“The operational budget for all the hospitals is approximately $2 million a day,” said Wallace. The local Shriners primarily support the Greenville, S.C. Shriners Hospital, which since 1927 has cared for children with a wide range of orthopaedic and neuromuscular conditions. Wallace said 62 patients are currently from Macon County.

Annually, the local Shriners collect an average of $18,000, according to Wallace, who is a district representative for the four counties of Macon, Swain, Clay, and Graham. The district club is part of the larger Charlotte-based Oasis Temple, which represents 50 counties and around 6,000 members. Wallace said that worldwide there are 197 Temples, three in North Carolina,

Local Shriners and Gems meet the fourth Thursday of every month at 6:30 at their clubhouse on Bethel Church Road for a meal and a meeting. The Shriners have been active in Macon County since 1955. Wallace has been involved since 1995 and Ditch since 2015. Both have visited the hospital in Greenville, Wallace at least 40 times; he has also visited the Shriners burn care facility in Cincinnati, Ohio, and Shriners Hospital in Philadelphia, Pa., which specializes in orthopaedic care and spinal issues. Wallace said the Shriners Hospitals do not resemble sterile medical facilities, but are fun, cheerful, “special” places for children.

Because of donations, treatment at a Shriners Hospital is free to families. Shriners will also cover the cost of transportation to a hospital, as well as meals, if parents are not available and able.

Besides the paper drive to raise money, the Shriners and Gems host yard sales, barbecues, and this year the ‘80s Flashback event, which raised $14,000. They also sponsor an annual carnival in which monies raised support their building’s maintenance, utilities, and insurance costs. And, Shriners have a presence at the Christmas parade.

“Everyone involved just truly wants to help kids,” said Ditch, who has three children, six grandchildren, and two great grandchildren. Wallace, who has two children and four grandchildren, said the touching stories are many regarding how Shriners Hospitals have helped needy children. He related one involving a boy born with “both feet turned in at birth. I told the parents they could take him to the Greenville Shriners Hospital, but they both said they had good insurance and would take him to a doctor in Asheville. Within six months, the doctor told them their child would never walk. They came to me and asked me to take them to Greenville. He had three or four surgeries at the Shriners Hospital. At one point both his legs were in casts. Now that boy, I think he’s in middle school, is playing football and basketball. He’s a regular kid, and it’s all because of Shriners Hospital.”

Being involved in Shriners for the benefit of children is “gratifying,” said Ditch. “But it’s more like a family than just volunteering,” said Wallace. “And if it wasn’t for all of us being involved, kids wouldn’t be able to go to Shriners Hospitals because they wouldn’t exist.”

COVID cases climbing in Macon County and across the state