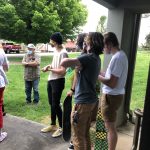 Skateboarders assembled pre-meeting time of 6 p.m. outside Town Hall on May 3. Once the doors opened, they flooded in, taking up the rows of seats, lining the walls, and standing in the back. Many had skateboarded to the Main Street building and held their skateboards in front of them or at their sides. Six submitted their names to make the allowed three-minute presentations to the Town Council as part of a public hearing focusing on development of a skate-boarding park within the town limits.

Fourteen-year-old Evan Lampkin spoke first and was cheered as he informed the council that he enjoyed skateboarding and had made his best friends participating in the sport but had difficulty finding places to skateboard. He was told it was “illegal” to skate throughout the town of Franklin, but both he and his mother had researched to find ordinances regarding skateboarding and could find none.

“Skateboarders are very appreciative of the skateboarding area at the church (First United Methodist Church) but it’s only open one day a week,” said Lampkin. “Other towns in Western North Carolina have skate boarding parks that are very popular, but I can’t drive and many teens who like to skateboard can’t drive. So I am asking for a place for kids to express themselves … a safe place, instead of sidewalks and parking lots. And it’s not just for kids; 20- and 30-year-olds and older like this sport.”

Tim Shaw, a father of two skateboarders, spoke about how a skateboarding park would not only be a place where parents could drop their children off and know they were skating in a safe place, but would also be an economic boon to the area in that parents might visit area stores, restaurants, and coffee shops while their kids skateboard.

“And I think this community would come together to build it,” he said.

Scott Elliott, who took his skateboard with him to the podium, held it up and said, “This, along with Jesus, saved my life. I can drive to skateboarding parks in Highlands or Waynesville, but kids can’t and their parents don’t want to drive them all that way to sit there for several hours. Skateboarding is here to stay and we need a park.”

Added Adam Kimsey, “People young and older skateboard. I realize that police worry about liability and the safety of the skateboarders, which is why they don’t want them skating all over town. But this is not a trend; it’s a culture. And we need to find a way to work with these [skateboarders] to foster that culture.”

The Council was amenable to further discussions and plans regarding a future skateboard park, and Mayor Bob Scott asked Town Council member David Culpepper to oversee organization of the effort. Before the public hearing on the skateboarding park closed, Franklin Police Chief William “Bill” Harrell said, “I want it to go on record that, as a department, we have just been concerned with the safety of the skateboarders. I was the police chief in Highlands when a park was developed there and I would be very excited to see that happen in Franklin.”

Mayor Scott asked Chief Harrell if he would consider blocking off some areas in town periodically as places for skateboarders – just until a park is designed and completed. Chief Harrell agreed and said he would meet with skateboarders to determine where and when that might occur.

In other news, Town Planner Justin Setser presented a report on the Unified Development Ordinance. While details of the report will be provided via the minutes shared online by the Town Council, of note for the “major changes” was inclusion of tiny homes.

“We created a definition to alleviate any confusion about tiny homes,” said Setser.

That definition is: “A single-family detached home that is 200 square feet to 600 square feet in size (not including loft space) and complies with the North Carolina State Building Code. A tiny house on wheels for permanent occupancy (longer than 30 days) is considered a recreational vehicle.”

“We will use it to focus on the economic development opportunities surrounding the Mound on Main Street and the ‘cultural district,’” she said. “The first meeting regarding the award is on May 7, and we will be able to go forward after that. We will be inviting people to come together to provide input on the economic side of this.”

She cleared up confusion about the Mound’s name.

“When we went to the last Eastern Band of the Cherokee council meeting, they asked us to change the spelling and pronunciation of the Mound’s name to be more accurate per the Cherokee language. We are happy to do that, but it will be a bit of an effort because people have known it as Nikwasi and there is much signage, etc. with that spelling. But it’s a worthy effort.”

Regarding funding for the Nikwasi Initiative, she said, “We are applying for other grants that will help us with any physical design work, such as trails, landscape architecture, and more.” 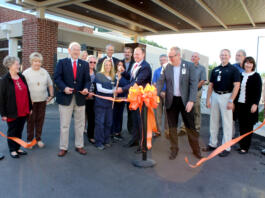 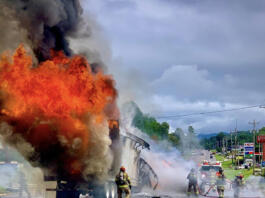 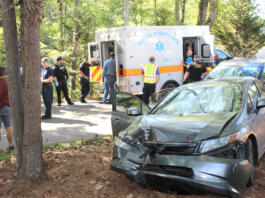