The Harrah’s Cherokee Casino and Resort  employs hundreds of people across Western North Carolina. Although located on the Cherokee Indian Reservation, the majority of the casino’s employees live outside of the Reservation, including 183 Macon County residents as of July 10.

Eastern Band of the Cherokee Indians Principal Chief Richard Sneed spoke to Macon County Board of Commissioners last week asking for their support in voicing opposition for a casino being constructed by the Catawba Nation in Kings Mountain. According to Sneed, the casino will directly impact the Cherokee Casino, which would have a negative impact on the Western North Carolina economy and Macon County economy. In 2018, the casino had an estimated economic impact of $750 million in North Carolina.

The Catawba Indian Nation broke ground on the casino yesterday, Wednesday, July 22, in Kings Mountain on 17-acres of land off of Dixon School Road and I-85.

“This important project will have a huge economic impact on the region, bringing thousands of jobs to the area,” said Catawba Indian Nation Chief Bill Harris prior to scheduling Wednesday’s ground breaking.

Chief Sneed talked to commissioners about the political power play that made it possible for the Catawba Nation to build in North Carolina, although the tribe is located in South Carolina. Over the last several years, the Catawba Nation has petitioned for a casino to be constructed in South Carolina, but have been unsuccessful. In recent weeks, the federal government bypassed North Carolina State officials when the Department of Interior approved the land in Kings Mountain be placed into a trust, allowing the casino to be built.

The Catawba Indian Nation first proposed the casino in 2013, but was unsuccessful in getting support from either South Carolina or North Carolina.

The United States Senate rejected Senate Bill 790 and refused to even pass it out of the Senate Indian Affairs Committee, however the United States Department of Interiors acted to take the lands into trust for the Catawba Indian Nation of South Carolina anyway, violating the Catawba Settlement Act and federal laws.

After the legislation was introduced in March 2019,  a bi-partisan group of 38 N.C. senators — including Senate President Pro Tem Phil Berger — publicly came out in opposition to the casino and called the bill “a last-ditch effort to game the system” in a letter to the U.S. Senate Indian Affairs committee. Macon County Senator Jim Davis has been a prominent voice in the North Carolina Legislature opposing the construction of a casino by the Catawba tribe and led an effort in 2019 that said 38 of 50 senators oppose the measure. More than 100 lawmakers signed a similar letter in 2013.

Gov. Roy Cooper said in 2019 that the Senate Bill would limit the state’s ability to negotiate a final agreement on any casino deal because the legislation specifically exempted the Catawba from Section 20 of the Indian Gaming Regulatory Act, a provision that appears to give the governor a say in any new Indian gaming in the state.

In 2019, Caitlin Carroll, spokeswoman for Senator Richard Burr’s office said the state wouldn’t lose control and said, “Far from limiting local input, this bill would prevent a major gaming facility from being built in North Carolina without the state’s approval,” she said in a statement. “The Catawba are currently exempt from the Indian Gaming Regulatory Act, which means they don’t have to negotiate a tribal-state compact before building gaming facilitates like casinos. This bill . . . gives North Carolina a say on whether a casino is built near Kings Mountain.”

Fast forward to 2020, the Catawba Indians announced the groundbreaking for the casino, and the state has had no input on the matter.

Chief Sneed noted that the decision to build a casino in Cleveland County is a political move — as Wallace Cheves, who owns Skyboat Gaming, drew up the construction plans for the Kings Mountain casino. Cheves is on record making significant campaign donations to the Republican National Committee, Thom Tillis, and Richard Burr, as well as Lindsay Graham, for which he served as the co-chair for Graham’s 2016 presidential campaign in South Carolina.

The Cherokee casino resorts are directly responsible for five percent of the employment, approximately 3,069 employees, in the far six western counties of North Carolina. Since opening, the Cherokee casino has helped to reduce the historically high unemployment rates of the region which was 1.87 times the state average through 1997. Seasonal fluctuations in unemployment across Western North Carolina sometimes peaked as high as 17 percent, but since the casino opened, the seasonal unemployment now fluctuates between two and four percent prior to the COVID-19 pandemic.

Because of the revenue generated by the casino, the Tribe has been able to make an additional $30 million in financed capital investments by the year 2020. In addition, the Cherokee Preservation Foundation, using resources stemming directly from the Cherokee casino resorts, has awarded more than $93 million to further strengthen and diversify the regional economy.

The state of North Carolina receives a revenue share from the Cherokee casino in the amount of $11 million annually in addition to the state and local taxes and benefits, which comes in between $80-$90 million, including income tax, sales tax, decline in unemployment benefits, and occupancy taxes.

Chief Sneed was originally asking Macon County Commissioners to do as many towns and counties across WNC have done, and opposed Senate Bill 790, however, that all changed when the Department of Interiors bypassed the Senate to move forward with the casino regardless. Chief Sneed is now asking local government leaders to opposes the process that has taken place to fast-track the Cleveland County casino and to voice opposition in the lack of input state leaders have had on the process as well as the casino itself as it could prove detrimental to the Western North Carolina economy.

The Macon County Board of Commissioners unanimously voted to approve a resolution opposing both the construction of the casino as well as the process that has led up to it. 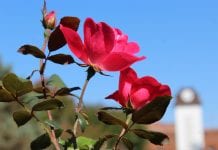 Macon County on track to have largest voter turnout in history

Roundabout construction gets moving, but benefits will take time

REACH shelter in need of a little help this Christmas