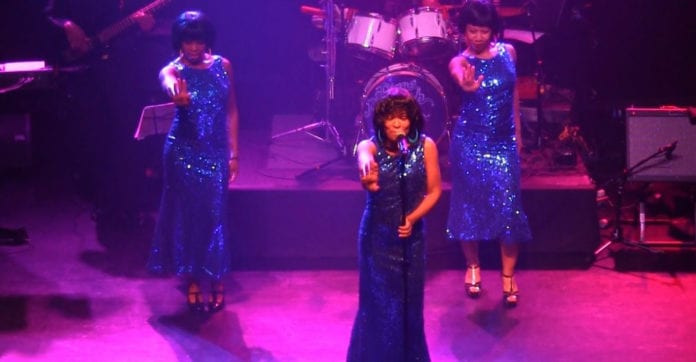 Smoky Mountain Center for the Performing Arts will present a soulful tribute to the sounds of the season with a musical concert/ production featuring character tributes, celebrating the evolution of Soul Music, from Motown and beyond. The repertoire of songs spans more than 30 years of Soul classics. The show features multiple dancers and singers, dazzling choreography, glittering costumes and superb musicianship from a live band.

“A cast of around 15 performers will perform songs from the legends whose work belonged to the Motown record label and those whose later art emulated that style, in a production that is as much a dramatic performance as it is a concert,” said Diane McIntosh, the show’s creator. “In addition to their music, the show will feature the dance moves, outfits and personalities of each artist to whom it pays tribute.”

The production was created, directed and produced by Diane McIntosh. A Michigan native who grew up in Detroit, McIntosh was influenced and inspired by the Motown sound. Her list of musical talents led to a Grammy nomination alongside Gladys Knight. After graduating with a degree in clinical psychology, she set her sights on pursuing a PhD. However, her love for music took on a life of its own, and she formed her own self-titled band and orchestra. That ensemble has become a premier choice for weddings and corporate events around the Southeast and nationwide. As creator, director, producer and choreographer of Motown and More, McIntosh became inspired after a trip to Spain, where she attended several flamenco dance performances and was inspired by the performers’ commitment to honoring their nation’s musical culture and history.

McIntosh and her ensemble have performed music from Atlanta and throughout the Southeast, to the Midwest and Chesapeake Bay. Performers have also appeared in many productions around the world, from Europe, to the Mediterranean. They have recently performed the Motown and More production around the Southeast, including Eatonton, Hawkinsville and Atlanta. In 2018, they are headed to South Georgia and Florida, as well as a tentative trip to London.

The first of two acts will pay homage to artists like TheTemptations, The Supremes and Diana Ross who recorded under the Motown label and helped  pioneer its sound. The second act, which goes “beyond Motown,” pays tribute to musicians in the 70s and 80s such as Whitney Houston, James Brown  and Tina Turner.

Tickets are starting at $15, up to $30 for VIP, which gets you premium seating and a meet and greet before the show. For tickets, visit greatmountainmusic.com or call (866)273-4615.