The Southeast and the mid-Atlantic region braced for a winter storm last Saturday with reports of possible snow accumulation ranging from a couple of inches in the valleys to up to 20 inches in the higher elevations. Forecasters were also ambivalent about when and where the snow would begin to fall.

With all eyes on the weather, the state of North Carolina was preparing for the worst. NCDOT crews and contractors used hundreds of trucks Thursday and Friday to apply brine to roads from the mountains to the coast in advance of the winter storm. Brine, a cost-efficient mixture of salt and water, lowers the freezing temperatures on pavement and helps prevent ice from forming on roads, according to a release from the NCDOT. After pre-treating the roads, crews then prepared the plowing equipment to clear the roads of snow and ice for post-storm responses. Other crews prepared chainsaws and other tools that would remove any downed trees.

N.C. Governor Roy Cooper signed a state of emergency on Thursday to activate state resources to respond to the storm and to allow for the possibility of federal reimbursement. He also activated about 200 National Guard personnel to be located in western and central counties to help with transportation-related issues. The Guard made use of utility vehicles, trucks and 4-wheel drive ambulances that could move through the snow.  National Guard and DOT teams also staged at winter trouble spots on interstates to help keep traffic moving.

Utility companies prepared for significant power outages by bringing in extra crews, including many from other states.

Macon County Emergency Services Director Warren Cabe kept the public abreast of storm developments sending out statements regarding power outages and road conditions. According to a statement issued Sunday morning, the average snowfall totals ranged from 5 to 8 inches with reports of trees and utility lines in roadways with trees leaning “precariously” over the travel lanes. He admonished drivers to use extreme caution or better yet, not to travel at all.

By Monday, Duke was still reporting around 1,989 outages, and Haywood was down to 14 outages.

With snow continuing to fall throughout the night on Sunday, following a pause Sunday afternoon, the new snowfall combined to  create slick conditions on Monday.

More than 2,000 N.C. Department of Transportation crews and contractors with more than 1,800 trucks and other motorized equipment worked around the clock worked on Sunday to get roads clear across the state. Crews targeted interstates and major highways first and then will transition to primary and secondary roads. In Western North Carolina, crews worked overnight and are continuing to plow snow-covered roads.

NCDOT’s de-icing operations staff were busy overnight Sunday through Monday, using more than 5,800 tons of salt and 550 tons of a salt/sand mixture. Those numbers are likely to continue to increase.

Macon County schools were closed on Monday due to the Martin Luther King Jr. holiday, but roads were too treacherous to allow buses to run on Tuesday and Wednesday making both days official snow days instead of remote learning days.

In the likelihood that Western North Carolina may experience more wintry weather in the coming days, North Carolina Emergency Management officials recommend these tips to prepare for winter weather:

• Always keep at least a three-day supply of nonperishable food and a supply of medication in your home.

• Keep fresh batteries on hand for weather radios and flashlights.

• Dress warmly. Wear multiple layers of thin clothing instead of a single layer of thick clothing.

• Properly vent kerosene heaters and ensure generators are operated outside and away from open windows or doors to prevent carbon monoxide poisoning. Never burn charcoal indoors or use a gas grill indoors.

• Use a National Oceanic and Atmospheric Administration weather radio or a weather alert app on your phone to receive emergency weather alerts.

• Make an emergency supplies kit for your pet and include medical records, leash and feeding supplies, enough food and for several days and pet travel carrier.

• Do not leave pets outside for long periods of time during freezing weather. 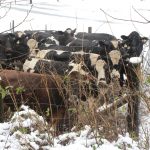 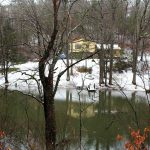 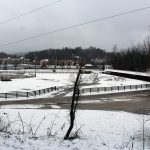