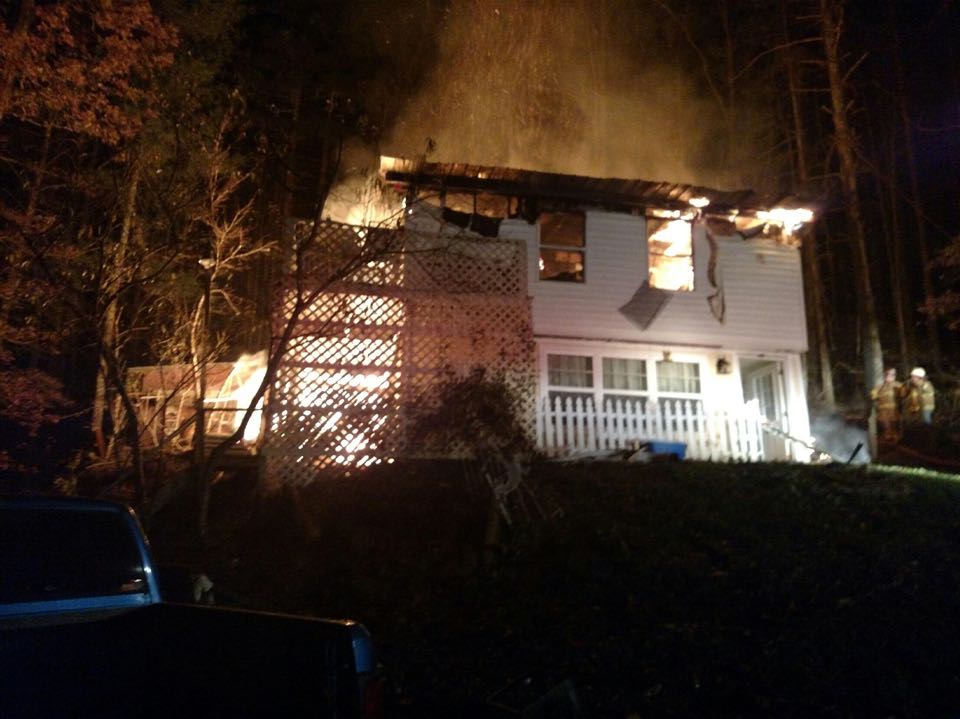 A home in the West Macon Fire District burned over the weekend, and after a search of the rubble, two unidentifiable bodies were found in the remains and have been sent to Winston Salem for autopsies.

“Autopsies will be conducted today and we are hoping to have positive identification of the victims.,” said Macon County Sheriff Robert Holland. “Meanwhile our investigation continues into the cause of the fire.”

The call reporting the structure fire on Creekside Drive came into dispatch shortly after midnight Sunday morning, Nov. 7. West Macon Fire Department arrived on scene to flight the blaze, which had fully engulfed the structure. Macon County Sheriff’s deputies and members of the State Bureau of Investigation spent Sunday at the scene investigating the blaze.

On Sunday when authorities began searching the residence, two females who were known to reside at the home were unaccounted for. By Monday morning, two bodies had been recovered from the ashes.

The residence fire cause is still being investigated, but authorities report that the house fire is not related to the wildfires currently burning in the county.