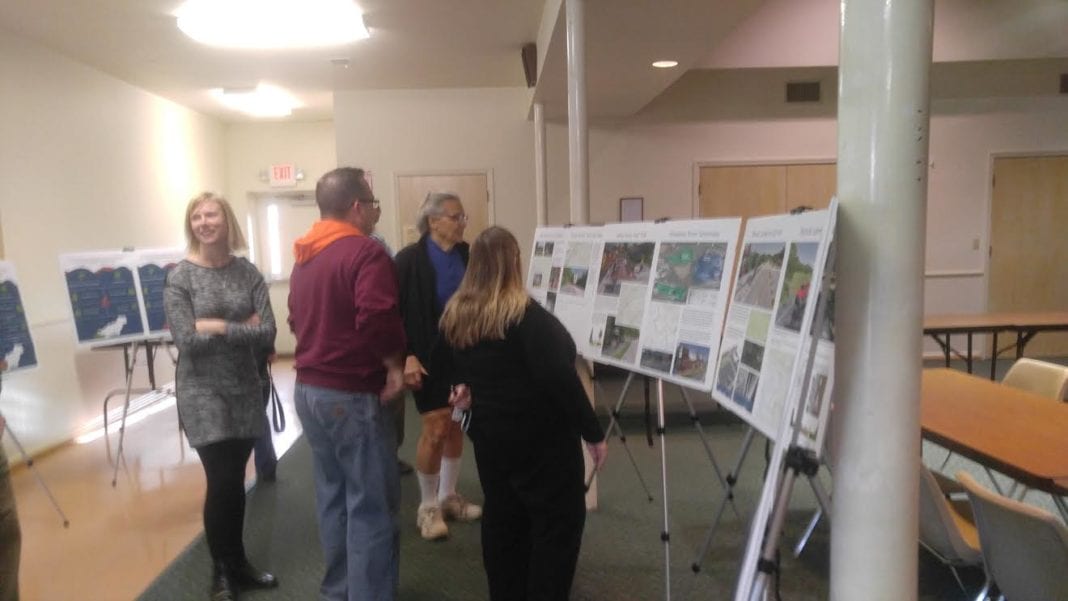 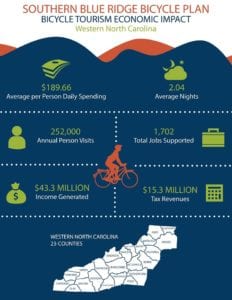 Chipley Consulting, an Asheville-based firm, worked with the Southwestern Commission to develop a bicycle tourism economic impact study and found that on average, bicycle tourism generates an average per person daily spending of $189.66 in Western North Carolina.

Chipley established the Southern Blue Ridge Bicycle Plan, a regional approach to bicycling for Cherokee, Graham, Clay, and Macon counties. Consultants held community impact meetings in each county in March, with Macon County’s meeting being held at Tartan Hall last Thursday. According to Sealy Chipley, owner of Chipley Consulting, the meetings were an opportunity to provide input on the plan and ways to improve bicycle routes in the region.

The Southern Blue Ridge Bicycle Plan would connect the four westernmost counties through a series of trails and work to better establish bike routes in each county. The plan would improve bicycle resources and address such needs as road sharing and bicycle storage such as secure racks.

Part of the meeting was geared toward highlighting bicycle tourism and its impact on the region. According to Chipley Consulting, bicycle tourism generates 252,000 visits from people each year and supports 1,702 jobs in the 23 westernmost counties in the state. The industry also generates $43.3 million in income and $15.3 million in tax revenues in WNC. 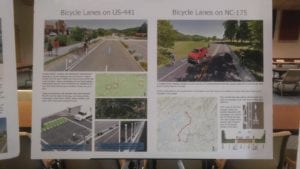 generates $2.8 million in income and supports 129 jobs. The industry also accounts for $1.05 million in tax revenues.

According to Chipley, the next step in the process is to finalize the report and recommendations, incorporating the community input gathered throughout the month. Once that is completed, Chipley said that they will likely have one final steering committee meeting before the final step of adopting the plan.

Currently, there aren’t any funds available to implement the recommendations in the plan, but according to Chipley, having such a comprehensive plan in place will help secure funding from sources such as the North Carolina Department of Transportation (NCDOT).

A portion of Chipley’s proposal includes ensuring bicycle lanes are included in already funded NCDOT projects such as installing bicycle lanes on US-441. Active coordination by the Southwestern Commission and the town of Franklin is needed to ensure that bicycle features are included in the projects, which have already been proposed and approved by the DOT. The bicycle lanes would facilitate bike travel between Franklin and Georgia, connecting hotels, restaurants, and other businesses along the route.

“In my opinion, having a regional bike route for surrounding counties will only help to bring economic growth in tourism and jobs,” said Pam Forshee, owner of Smoky Mountain Bicycles in Franklin. “Oregon is one of the only states to have scenic byways that cater to bicycles and brings riders from all over to experience the beautiful terrain and scenery.  WNC has that potential and more. More folks are also touring on bicycles and need safe routes in which to get to their designation. If we have these roads appointed as Bikeways, it may help to fund better pavement solutions to these more remote roadways.”

Author to present historical talk at the library