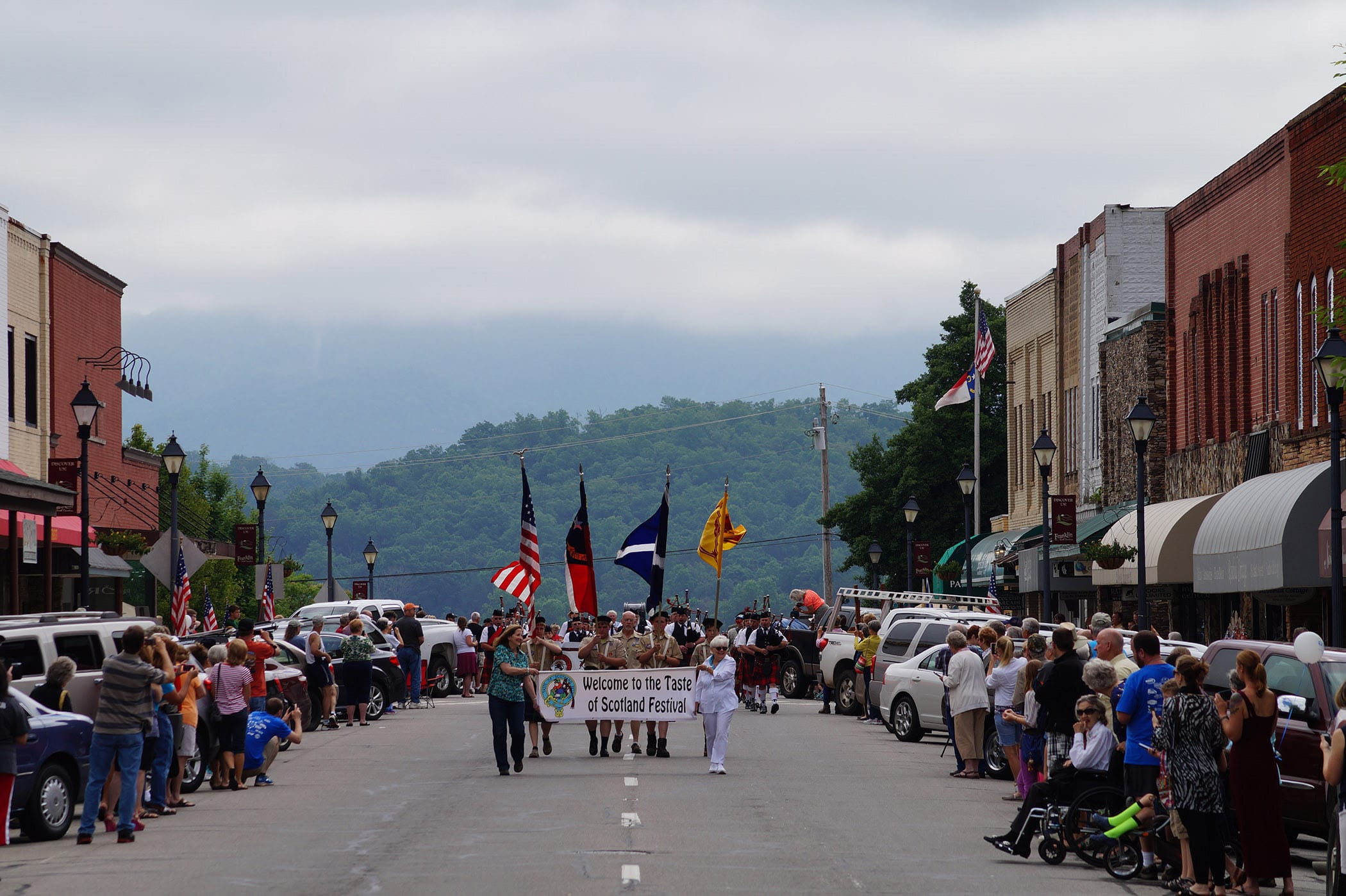 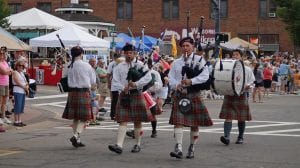 Every Father’s Day weekend the Taste of Scotland festival in downtown Franklin rocks the mountains with music that will thrill your heart and tickle your feet. On Friday, June 17, and Saturday, June 18,  from 10 a.m. to 4 p.m., Def Leprechaun, Juniper Trio, The Jacobites By Name, and others bring the sounds of the Scottish Highlands to Franklin.

Kicking off the weekend is the Clan Dinner held Thursday night at 6 p.m. in Tartan Hall at Franklin’s First Presbyterian Church. The Jacobites By Name will be entertaining. The menu  will feature pot roast and gravy, mashed potatoes with rutabagas, peas, salad, soup, scones, and apple crisp. The cost is $20 per ticket and $10 for children 12 and under. Advance tickets are available at Scottish Tartans Museum, Franklin Chamber of Commerce and Life’s Bounty.  Tickets may also be purchased at the door.

Then, Taste of Scotland has a variety of activities scheduled for Friday.  Ruby Cinemas 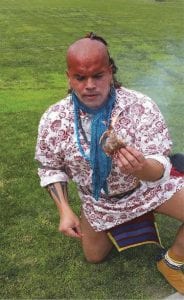 and the Scottish Tartans Museum have teamed to offer the Scottish Film Fest at 10 a.m. The movie for the adults will be the 2015 release of “Macbeth” and the children will see a rollicking Scottish movie with lots of action. Tickets are $5 each. Jean Hayes will play the bagpipes to welcome all participants and some of the Breacan Clann will dress in period costume.

Meanwhile, at the downtown gazebo, music will start at 10 a.m. and will continue to 4 p.m. Following a day of sightseeing and shopping,  get ready for the small town style party, the Ceilidh (pronounced kay-lee), from 7 to 9 p.m., behind Main Street at Stewart Street between the Rathskeller and the Attic.  Def Leprechaun will be the musical headliner. The Bowery will cater food, and The Lazy Hiker will have craft beer and drinks. Rathskeller will have wraps and drinks. Seating is limited so attendees maybring their own chairs.

On Saturday, Main Street in downtown Franklin will be closed to traffic until 6 p.m. The Taste of Scotland festival willl provide old favorites and some surprises with new twists. The opening ceremonies will be at 9:30 a.m. featuring the Juniper Trio. All are invited to join the parade. Clan flags will be at the lower level outside of the Franklin town hall. Assembly of the parade will be at 10 and the parade starts at 10:30. The honored clan this year is Grant. Little Miss Tartan, Laurel Lassiter, will be riding in the parade. 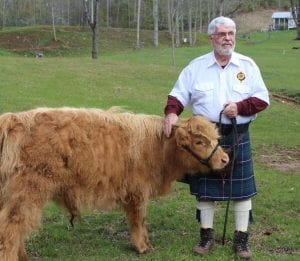 Children’s Games will be moved to the area between the Macon County News building and the Macon County Historical Museum. Picnic tables will be set up for making targes (Scottish shields) and coloring pictures. Our own beloved Nessie, all 16 feet of her, will be there to greet children.  Teenagers are going to lead children in Scottish action games, rhymes, and songs. Photo ops will be offered by the Arts Council.

Plenty of  Celtic and Scottish craft vendors and Scottish food vendors will line Main Street. The merchants will have a Scottish window display contest to provide a little friendly competition. Shortbread makers are invited to enter their best recipes during this year’s festivities. Shortbread entries will be judged in one of two categories:  Amateur and Professional. Drop off entries at Hazel P’s in downtown Franklin by 3 p.m. on Thursday, June 16. Winners will be announced during the Taste of Scotland Festival on Saturday, June 18.

Bill and his amazing border collies are a treat you do not want to miss. Best of all are two new surprises:  Erick the Great, a Highland steer who is bridle trained, and likes to meet children of all ages. Erick comes from a Highland cow farm in Nantahala.

Taste of Scotland is offering a presentation by world renowned Flora MacDonald Gammon. She is an honorary member of the Celtic Women International, was named an “Exceptional Celtic Woman” by the Conference of Celtic Women in 2008. She is the only American to receive this award. Gammon has been active lecturing on Scottish history, teaching Road Scholar classes, and working as an artist-in-residence in N.C. and S.C. schools and performing. In addition, Gammon is the director of music of the Grandfather Mountain Highland Games where she has performed since she was a teenager.

The finale of the weekend is the “Kirkin of the Tartans” on Sunday morning at the First Presbyterian Church, Franklin at 10 a.m. All who attend the service are invited to eat lunch in Tartan Hall.

Come to Franklin for Father’s Day. We offer you great and varied music, tasty treats to eat, and various Scottish and Celtic craft vendors to make you weekend complete.  The merchants will have a Scottish window display contest which will give a little friendly competition.

For additional information call Doug Morton at 727-424-8901 or visit the website at tasteofscotlandfestival.org