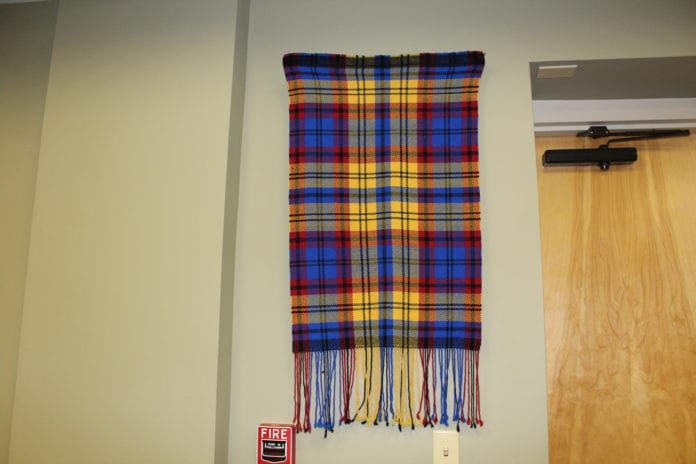 For the 15th consecutive month, the Franklin Tourism Development Authority (TDA) reported an increase in room occupancy tax collections for the Franklin area. For November, the TDA collected $8,790.32, a $1,351.11 increase over November 2015 collection of $7,439.21. For the first five months of the fiscal year collection reports, July-November, the TDA reports a $9,670.84 increase over the same time period in the 2015-16 fiscal year.

TDA member Summer Woodard presented fellow board members with reports of the increase in collections during the board’s January meeting earlier this  month. During the meeting, board members also heard grant requests for businesses and organizations looking to promote tourism in the town.

In a split vote, the TDA voted to grant $2,820 to Jim Atkins, president of The Scottish Tartans Museum to have the Franklin Tartan commercially woven for the first time. According to Atkins, the idea to ask the TDA for funds to have the Tartan came from Franklin Mayor Bob Scott who supported the idea of weaving the Tartan into a 60 yard by 54 inch fabric. Franklin’s Tartan is unique to the town and speaks the town’s heritage and culture as a Scottish-Tartan landmark.

“There is no other tartan like Franklin’s,” said Scott. “My idea was to have scarves and ties made from the material as they would be wonderful, practical souvenirs from Franklin.  We have the only Scottish Tartans Museum in the world –so why not have Franklin’s tartan available to anyone.  You don’t have to have Scottish ancestry to wear the Franklin tartan.  Only visit here or have some connection to us. I would like to have the tartan as gifts from the town to people who do something for the town or to recognize service to the town. For example, I do hope Governor Cooper will visit Franklin and it would be great to give him a tie and a scarf for his wife to remind them of our town. I want a tie to wear when representing the town. I hope we will have this in place when the tourist season cranks up again.”

TDA board members Josh Drake, Tim Crabtree, and Cheryl Pullium voted against the request, sharing their concerns with how the tartan would increase tourism to Franklin.

Atkins plans to have the Tartan weaved in Scotland by Ingles Buchan, which manufactures tartans. Atkins will then spend $435 out of museum funds to have the tartan made into commercial products such as hats and merchandise to be sold at Franklin’s Scottish-Tartans Museum and at the Chamber of Commerce. Drake noted that because Atkins was asking for funds to weave the tartan, to then in turn produce merchandise for profit, he didn’t see it fitting into the TDA’s mission of getting people to Franklin.

The TDA also heard a request from Rachel Hoskins, editor of The Franklin Press, who requested $12,000, which can possibly be split by the Macon County Tourism Development Commission, to purchase advertisement in the newspaper.

Hoskins presented the TDA with the opportunity to purchase the back page of three calendars inserted into newspapers owned by CNI Newspapers who also own The Franklin Press. Targeting areas in northern Georgia and western Carolina, Hoskins said the publications, which would print three times throughout the year would have a calendar of events and activities for Franklin and Macon County. The cost of the three back pages would be $12,000 and could potentially be split with the TDC. The TDA will vote on the recommendation during the February board meeting.

“We have actually done much better than we anticipated when we originally presented at TDA,” said Scotty Corbin, manager of the SMCPA. “Our goal was to go over 50,000 in attendance and with the Christmas season, we went to 54,000 in attendance for the year.”

Corbin noted that the repeated funding from the TDA is vital for the advertising and marketing needs of the center. “The funding will go to help expand our normal customer radius,” said Corbin. “We’ve always done well with Western North Carolina, North Georgia and Northwest South Carolina.  We are starting to see major attendance coming from the central areas of North Carolina, especially the Winston/ Greensboro area and into Raleigh.  We are also seeing our numbers pick up below Atlanta, especially a strong concentration from the Macon, Ga., area.  We really want to use the TDA funds to get those people interested who travel a good distance for a show and then have them stay for the night or weekend.”

The TDA also voted to table a request from Doug Morton with the annual Taste of Scotland Festival. Morton made a request for $4,000, but has been unable to attend the TDA meetings for the last two months. Members of the TDA voted to table to request and revisit it in February to hopefully speak with Morton face-to-face, due to concerns with the grant application.

Mission Health meeting closed to the public; provided no insight

Macon County’s Thank a Veteran program getting under way