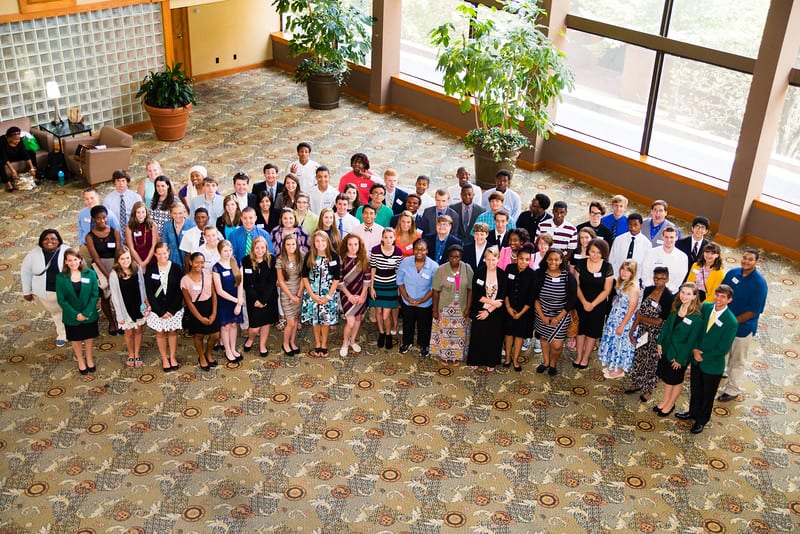 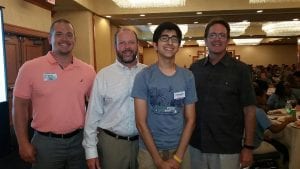 For generations the nation’s leaders have worked to empower the youth of this country to be informed, to get involved, and to take an active role in shaping their own future. When Mary Accor was president of the North Carolina Association of County Commissioners (NCACC) she established a youth leadership development initiative known as YouthVoice to empower the next generations of leaders in North Carolina.

Last week, Macon County Early College graduate Purshotam Aruwani joined about 130 youth from across the state for the seventh annual YouthVision Conference held at the 109th annual Conference of the NCACC.

“This year was my second time attending the North Carolina Association of County Commissioners YouthVoice Conference,” said Aruwani. “This conference is designed to allow select youth to learn more about how local government operates. My interest in this conference comes from my goal to eventually serve as a member of local government, hopefully in Macon County. Local government handles many of the issues that affect our everyday lives, and is often overshadowed by the larger institutions of government. My hope is to be able to start my career as an elected official by serving the town that I grew up in.”

YouthVoice, which takes place on Friday and Saturday of the conference, offers sessions that help youth gain a better understanding of what county governments do and the role of commissioners as the governing body for counties, and provides multiple opportunities for youth and county officials to connect. The NCACC has partnered with 4-H Youth Development, a service of N.C. Cooperative Extension, to coordinate and bring youth delegates to the Summit since its inception. 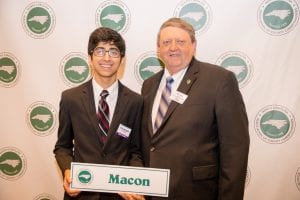 “Mr. Aruwani did an exceptional job joining more than 100 youth from across North Carolina to learn about county government and state politics,” said Macon County Commissioner Ronnie Beale. “He represented Macon County well and we are fortunate to have him working to better our community.”

Aruwani moved to Franklin with his family in 2004. He graduated from MEC last spring earning both his high school diploma and an Associates Degree in Arts and an Associates Degree in Science from Southwestern Community College, all before his 18th birthday. Aruwani is currently preparing to attend UNC Chapel Hill where he plans to major in biology along with a minor in chemistry and is also debating a second major in political science.

“I plan to graduate from Chapel Hill in Spring 2019, and afterwards pursue a medical career, hopefully as a family doctor, following in my dad’s footsteps,” he said. “In the future, I’d like to play a role in American government, whether it be at a county or national level.”

“My involvement with 4-H began in January 2015, when I first heard about the organization from a student at my school. I stopped by the NC Extension Office to check it out, and ever since then it has been a large part of my life,” said Aruwani. “I am currently a member of the EPICS Youth Council, a group for teenagers who wish to give back to the community in various ways and throughout the entire year, with projects such as highway cleanups, assisting with events such as the Cowee Heritage Fair, and even caroling to nursing home patients. In March 2015, I began attending events that connected me with 4-Hers across the state, and through this experience I have met many like-minded individuals wishing to take part in community service activities and leadership roles in their community. 4-H events provide an excellent opportunity to both network with individuals and make friends from across the state.”

In addition to attending the conference, Aruwani took an active role in learning about his county government by interviewing Macon County Commission Chair Kevin Corbin. “In order to prepare for the conference, I was asked to interview one of Macon County’s commissioners and attend a board meeting,” he said. “This year, I was given the pleasure of interviewing Commissioner Kevin Corbin, who is currently serving his second term in office after being initially appointed by the Republican Party in 2011. From this experience, I was able to learn about what it truly takes to serve local government. Mr. Corbin shared with me many of his experiences serving on the board, including such as how each commissioner’s unique career backgrounds contribute to the expertise they bring to the meetings. He also shared with me some of his proudest accomplishments as a commissioner, specifically the Parker Meadows Mark and lowering our county’s debt. By attending the board meeting, I was able to see some of the local issues that the commissioners handle, and see the process by which they are discussed with the public and solved. I thought that it was an invaluable experience that many teens should take part in, as it gives us a better understanding of our county.”

“Mr. Aruwani is an exceptionally bright young man and I was pleasantly surprised 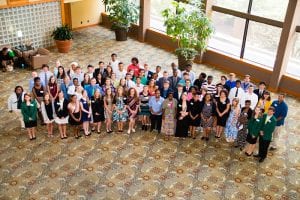 with his interest and involvement in our community,” said Corbin. “From having him interview me, to hearing him speak at our commissioners meeting to seeing him actively taking a role in the YouthVision Conference, I was impressed by his drive and commitment. I have no doubt that he will do great things for our county in the future.”

Aruwani said that over the last two years attending the NCACC annual conference, he has seen firsthand how county leaders from across the state work toward the betterment of North Carolinaians. “By attending this conference, I was able to learn more about how our county commissioners serve,” he said. “In this conference, I not only learned about the matters that county commissioners handle, but I also got to enhance my leadership skills through workshops and discussion. While the conference itself was structured very similarly to last year’s, I was still able to learn from the speakers and planning exercises. In addition, I got the chance to meet commissioners from various counties across the state, and learned more from their perspectives on the position.”

As he prepares for his first semester at a four-year university and the next step in his education, Aruwani noted that his experience has helped him gain leadership skills that will translate to other areas of his life. “Through this conference, I have improved my leadership skills in a way that will surely be beneficial to my future endeavors in college and hopefully in a future political career,” he said. “I now know what it takes to serve as an elected official, and am able to plan for my future in order to prepare for this aspiration. I also was able to network with many commissioners and public speakers who I will hopefully be able to stay in touch with in the future.”

Without even serving in an official capacity yet, Aruwani wants to empower and encourage other local youth to become involved and active.

“I strongly encourage youth who are interesting in improving their leadership skills or who are interested in local government to contact our local 4-H group so that they may have the opportunity to learn from this conference, as well as learn more about the many opportunities that the 4-H organization has to offer,” he said. “There are several other leadership conferences throughout the year that focus on various levels of government. I would also like to say thank you to Kevin Corbin, Ronnie Beale, and the other Macon County commissioners and board members for not only guiding me through the conference and furthering my interest in government, but also for all of the selfless work they do they help keep our county functioning.”

New Century Scholars headed for graduation and beyond