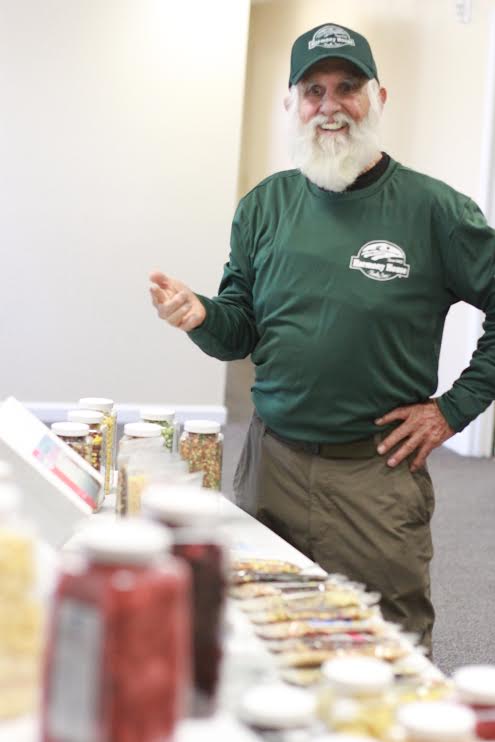 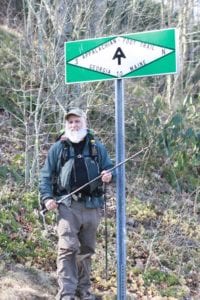 Hiking the entire Appalachian Trail is no small feat for adventurers at any stage in life, but for Dale Sanders, who will turn 82 in June, it’s a record-breaking accomplishment.

Sanders is attempting to break the record for oldest person to ever thru-hike the Appalachian Trail. The current record was set by Lee Barry, who thru-hiked the trail at the age of 81. Sanders will turn 82 years old in June. He began hiking in Georgia in January and hopes to complete the entire 2,200 miles of the AT by early October.

If successful, this won’t be Sanders’ first record. Sanders, who is also known as “Grey Beard Adventurer” currently holds the world record as the oldest man to have solo paddled the entire Mississippi River. Sanders completed the course, traveling some 2,320 miles from the Mississippi’s source in Lake Itasca, Minn., to the Gulf of Mexico over a three-month period.

Franklin-based Harmony House is sponsoring Sanders in his thru hike by supplying him with dehydrated fruits, vegetables and soup and chili mixes throughout his journey. John and Linda Seaman, owners of Harmony House Foods, met Sanders on Thursday, March 23, when he arrived at Winding Stair Gap west of Franklin. They brought Sanders to Harmony House headquarters in Franklin, where he answered questions from members of the local Nantahala Hiking Club.

“I had been trying to do hills here in a state park near Memphis,” said Sanders. “It has some great hills in it — I am talking an incline of 45 to 50 percent. So it is fantastic training for the AT. I’m a firm believer that, when training, the exercise you do to get ready for an expedition should be what you are going to do (in the expedition). So if I’m going to paddle, I’ll paddle for exercise. If I’m going to hike, I’ll hike to get exercise.”

Sanders has the first quarter of the trail plotted out in detail and plans to do more planning as he moves up the line.

During his Mississippi River trip, Sanders raised $23,000 for Juvenile Diabetes, something people are invited to do during his AT hike. “That was a fantastic campaign that my sister Judy ran on my Mississippi Source to Sea trip,” said Sanders on his blog. “My primary mission is not to raise funding for Juvenile Diabetes on the AT, but many people have been wanting to donate so we do have a link on my website that people can go to to donate to the organization to support research into finding a cure.”

Sanders plans to average 15 miles a day, which would put him summitting Mt. Katahdin in Maine in late September.

“I really believe there are three things you need to do [to stay young],” said Sanders. “If you do these things, the chances are much greater that you are going to live a long and healthy life. If a person lives happy, and they really in their heart are happy, their chance of living longer is much better. And I think, number two, a good spiritual life. That goes really hand in hand with being happy and being fulfilled. Having a good spiritual life—with family, friends, God, and relationships. And of course the third one, which is extremely important, is to remain active. And when I say active I’m talking about really exercising. You know that expression, ‘No pain, no gain?’ I am one to believe that if you really want to stay in physical shape, you are going to have to go out there and work for it … and reach the maximum of your physical ability, and then reach for more. And I think that if you’ve got those three things, your chance of living a life that is long, healthy, and satisfying—in my opinion—are much higher.”

To learn more about Sanders and to follow his journey on the AT, visit greybeardadventurer.com.