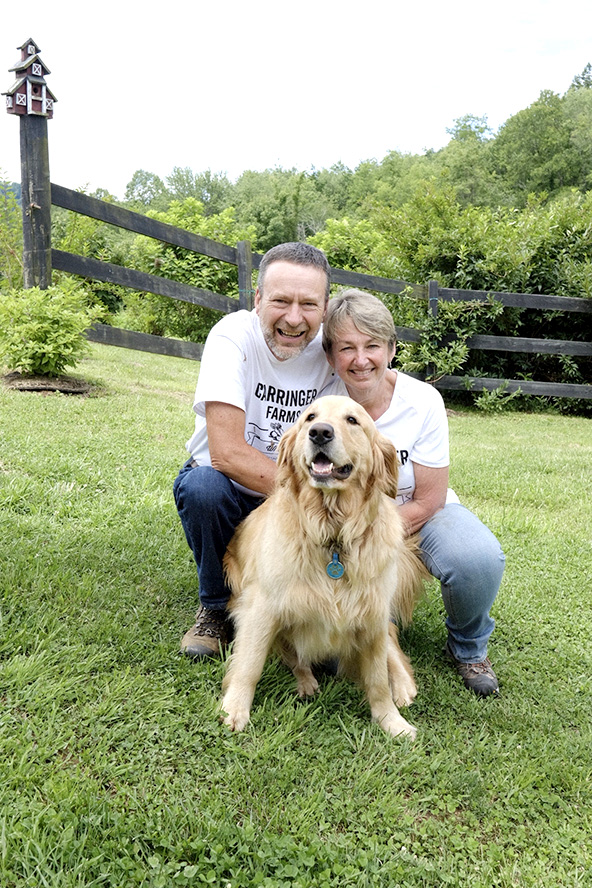 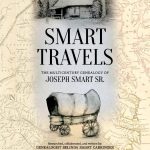 Belinda Smart Carringer’s almost 700-page genealogy, “Smart Travels: The Multicentury Genealogy of Joseph Smart Sr.,” is a more than 30-year project to preserve her extensive family history. The effort was kick started when, after her mother passed away in 1989, Carringer found some genealogy her mother had delved into. Carringer took up the mantle carrying the process through to fruition.

Carringer and her husband, Donnie, have for the last nine-plus years raised produce and honey on their eight acres in the Mountain Grove community of Macon County and selling it primarily to upscale restaurants or at farmers’ markets and agriculture-related events. Through the years, Carringer has had to carve out time raising children, working, and farming to research “as far back as I could” on the paternal Smart side of her family. “I searched and searched for [Joseph Smart Sr.’s] parents, but could not find anything – nothing concrete,” she said. “I didn’t want to put anything in the genealogy that I couldn’t back up. It needed to be as factual as possible.”

Her 5th great-grandfather, Joseph Smart Sr., in the 1700s is the starting point for “Smart Travels,” which includes not only census information, but oral history accounts, newspaper articles, maps, photographs, an annotated letter, and more. Like many people trying to make their way in the New World, Joseph Smart Sr. traversed down what was the Great Wagon Road from Pennsylvania to settle eventually in North Carolina.

After so many years compiling information, embarking on genealogical rabbit trails, and collecting photographs and information from family members, Carringer said she cannot believe the book is finally published.

“I’m elated. I just keep looking at the book, feeling it … it’s real! Even though it became tedious or frustrating at times, I was just so fascinated by where I came from … the lineage. I just loved discovering things about the people … especially how they fought in the wars, the losses, the bravery. I guess that’s why I have such a high regard for veterans.”

Besides making the book available to family members and the public, Carringer said, “I want to donate to the libraries, genealogical societies, a few museums (like the Macon County Historical Museum).”

At a time when so much history is discounted or lost, Carringer said “Smart Travels” preserves more than two centuries of occurrences in America, noting that even though it is her family’s history, it is also relevant for all Americans. “It’s a true history book,” she said, “providing first-hand accounts from people who were there … who fought in the Revolutionary War, the Civil War, the world wars … who loved and lost and became successful in so many different areas. People, even ones not involved in my family, might be interested in reading it.”

A favorite family member for Carringer is her great-grandfather, Whipple Carpenter Smart. Whipple resided for a time on the property that Mainspring Conservation Trust is protecting as Tessentee Bottomland Preserve. The farmhouse where he lived still stands, and the same photograph at the house that shows him and his family is also in Carringer’s book. “I just really liked learning about him,” she said. “Knowing about him and others, especially from this area, makes me feel so connected to past generations from Franklin and Macon County because I can see where they are buried or where they went to church.”

For example, learning about Carpenter led Carringer to realize that his wife, Mary Elizabeth Silver (Carringer’s great-grandmother) had a first cousin once removed by the name of Charlie Silver, who became legendary because his wife, Frankie Silver, murdered and dismembered Charlie and in 1833, became the first white woman to be hung in North Carolina. Books, including “A Life for Nancy – Daughter of Frankie Silver,” co-written by Franklin natives Danita Stoudemire and Riley Henry, have detailed the facts and conspiracies surrounding the grisly murder almost 200 years ago.

And, it was because of Carringer’s research that she discovered, ironically enough, that Nancy Silver is buried at Mountain Grove Baptist Church near the Carringer’s farm.

“It’s all just so fascinating,” said Carringer, “and I believe it is imperative that families record genealogies so that details, names, and lives are not lost.”

Although so much about the information Carringer uncovered is noteworthy, from wild west shootouts to extreme feats of bravery, one odd natural disaster stands out: lightning struck the belfry of a church during a Sunday service, knocked the top spire off, and electrocuted three people and injured four others.

She pointed out in the book’s Epilogue, “Reflecting back, I discovered that beginning with the first generation down through all the generations after, resilience was what got them from one day to the next and will get us today from one day to the next. And then to be right in the middle of an unprecedented global pandemic during the editing process made me realize that I am as much a part of history as former generations – that I am experiencing things that future generations will marvel at, just as I have marveled at all the significant events, achievements, characters, tragedies, and much more in the generations before me.”

Hundreds gather for Back the Blue to support law enforcement