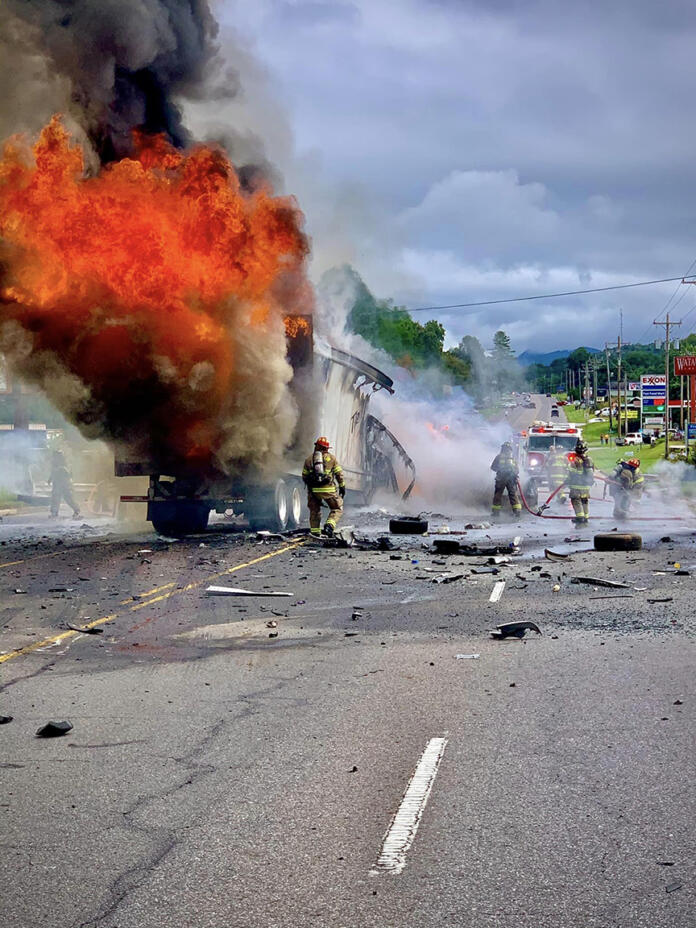 A three-vehicle accident involving a series of collisions occurred on Saturday, 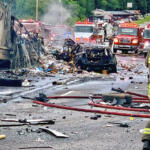 Sept. 10, just before 5 p.m., in the vicinity of Country Meadows community, on Georgia Road. Ricardo Mendoza-Mendoza from Franklin was traveling North in a 2004 Ford SUV. An Ingles 2001 Freightliner tractor-trailer driven by Albert Edward Davis of Waynesville, was traveling south in the left lane. Edwin Patton Hendricks from Demorest, Ga., was driving a 2016 Toyota, was traveling South in the right lane attempting to pass the Ingles truck. Mendoza then lost control and crossed over the center turning lane 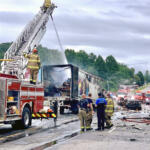 After 18 years, Taylor plans to retire from Mainspring

Window paintings popping up all over town