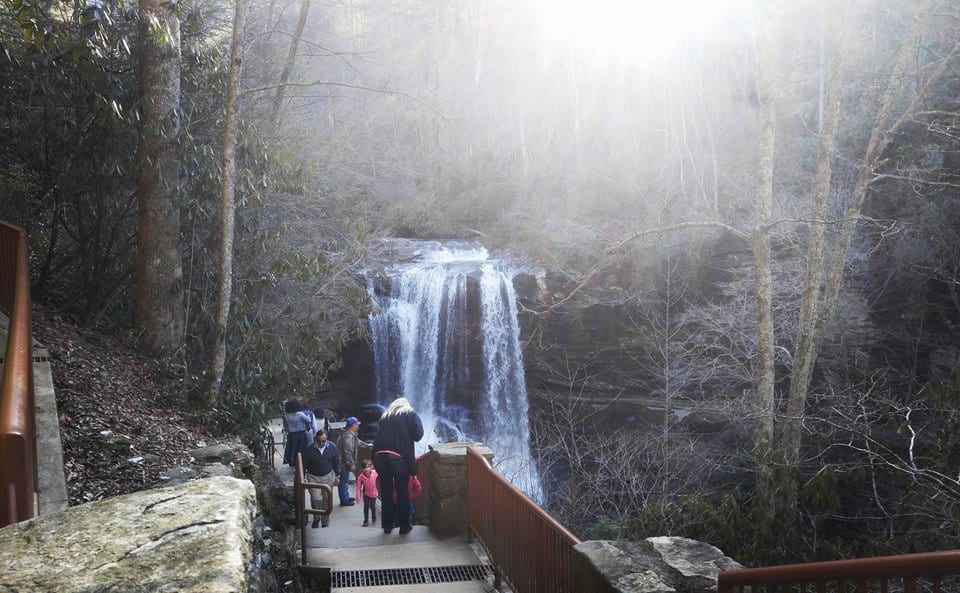 Western Carolina University has been hosting a hospitality and tourism conference for the last three years, with students conducting research in Western North Carolina counties on the impact tourism has on the economy. In 2013, tourist spending in Macon County generated $104.85 million a year. Just two years later, in 2015, that figure has increased to $154.23 million a year.

Steve Morse, director of WCU’s Hospitality and Tourism Program and event organizer, introduced students in a senior-level tourism business analysis class who have prepared detailed county-specific fact sheets on the impact of tourism on local economies and job creation and the impact of spending by tourists and travelers on the state and local tax base. During a conference break-out session, students manned booths to answer questions on specific counties and economic data.

“This is a tool you can use to show folks who need to know the impact of tourism on economic development, job creation and payrolls,” Morse said. “Tourists are, as I often refer to them, ‘temporary taxpayers’ whose local spending means that local folks will pay less in local ― and state ― taxes,” Morse said. “Tourism jobs in your town can never be outsourced. Plus, tourism creates jobs for more than just that single destination or attraction. Travel and tourism jobs and dollars extend well into the whole community.”

The students’ analysis showed that in 2015 tourism spending in the 26 counties of Western North Carolina was $3.34 billion, a 3.5 percent increase over the previous year, and generated 31,540 jobs that netted $672 million in income and worker paychecks.

The tourism industry continues to grow each year in Macon County. From 2012 to 2013, tourist related spending increased by 3.8 percent and spending has continued to increase each year, increasing by another 3.7 percent from 2014 to 2015. The eight-year trend of tourist spending according to WCU shows that for Macon County, the tourist industry produced $120.6 million in 2008 and has since grown to $154.23 million.

In addition to job creation, the tourism industry in Macon County lessens the local tax burden significantly. If tourism did not exist, each of the county’s 25,379 residents would have to pay $755 more in state and local taxes to replace the taxes generated by tourist spending in 2015. The industry created $12.22 million in 2015 in local county taxes, and anther $6.95 million in state tax revenues.

Tourism data for Jackson County, was compiled by Joao Kasprzak, a hospitality and tourism student originally from Curtiba, Brazil.

“The Blue Ridge Parkway, the national parks and forests around our area, certainly they play a huge role in Jackson County’s tourism popularity,” he said. “As a seasonal trend, October is the most popular month because of the fall colors. None of this is a surprise, but what may be a surprise is how important tourism can be to the overall economy.”

Kasprzak cited that tourism in Jackson County in 2015 generated $175.92 million in direct tourist spending, 1,710 jobs and produced $41.43 million in worker income. Because of tourism, each of the 26,709 households in the county paid $667 less in local and state taxes, he said.

Organized and facilitated by WCU’s Hospitality and Tourism Program and held at Harrah’s Cherokee Casino Resort in Cherokee, the “Growing Partnerships with Outdoor Tourism and Local Communities” conference drew a record 177 attendees from across North Carolina, as well as eastern Tennessee and northeast Georgia.