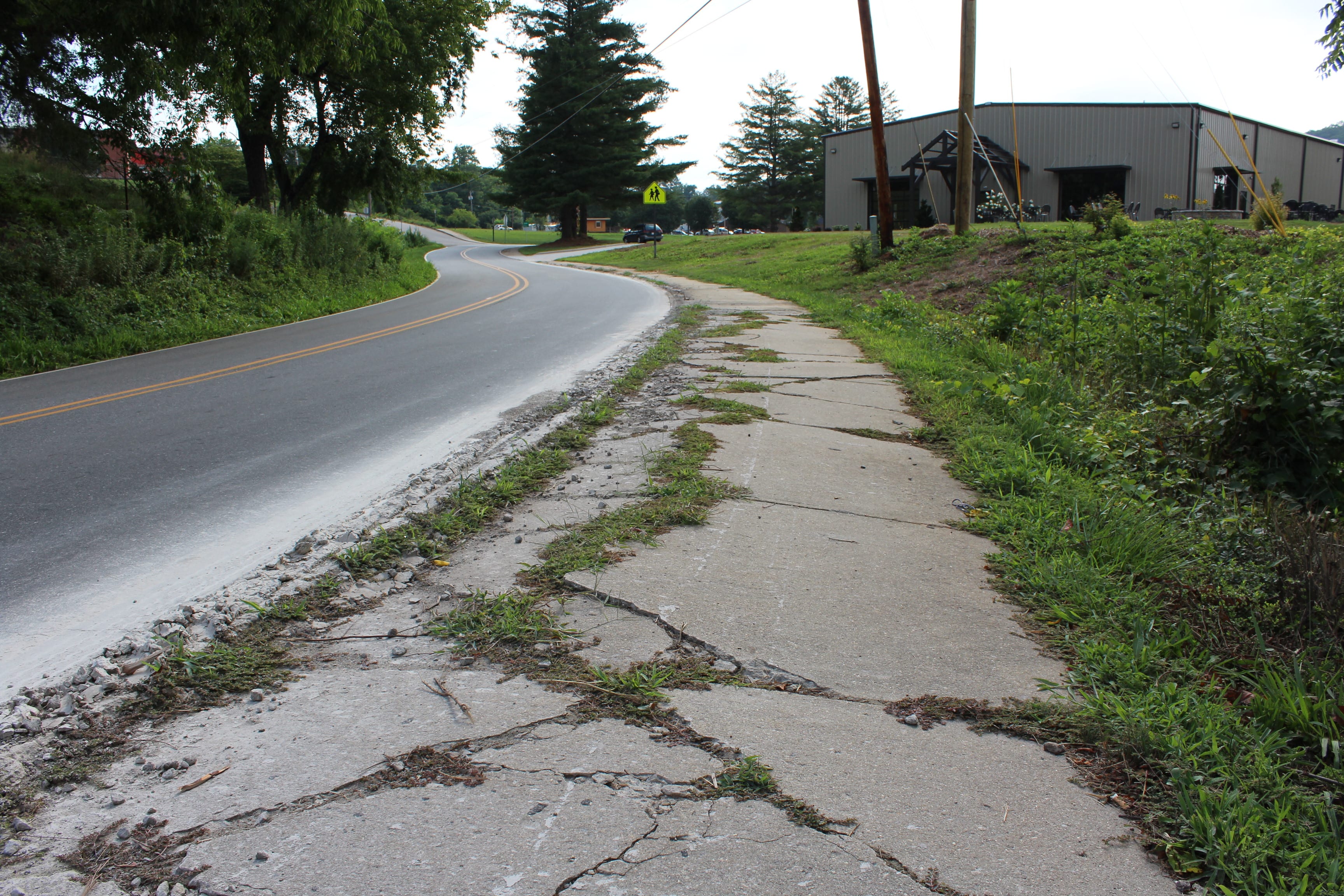 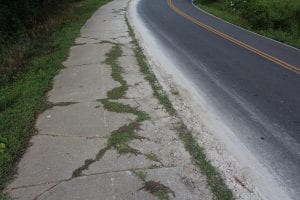 Sidewalks winding around downtown Franklin have been a top priority for  town leaders for years and after an extensive process to rate sidewalks and prioritize improvement projects, town crews have begun making the upgrades.

“Sidewalk improvements are important for pedestrian safety and improvements also help with connectivity to and within the town of Franklin,” said Town Manager Summer Woodard. 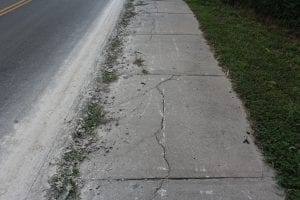 Woodard said the project will be a joint effort utilizing town maintenance staff and bidding out portions of the project. Woodard noted that the stretch of sidewalk on Lakeside Drive is heavily utilized by both pedestrians and cyclists and that the current status of the sidewalk was cracked, broken, and hazardous. It will cost the town $44,000 to repair the 1,400 foot stretch, with funds from Powell Bill funding being used.

Powell Bill allocations are made to incorporated municipalities which establish their eligibility and qualify per North Carolina General Statute. In 2015, there was $147,500,000 allocated statewide. Powell Bill funds are used primarily for the purposes of resurfacing streets within the corporate limits of the municipality but may also used for maintaining, repairing, constructing, reconstructing or widening of any street or public thoroughfare within the municipal limits or for planning, construction, and maintenance of bikeways, greenways or sidewalks.

In the 2016-2017 fiscal year budget approved by the board of aldermen earlier this year, the town budgeted $125,000 in Powell Bill funds to be spent in the current year.

While crews have already started work on the sidewalk replacement, it will be a few weeks until it is completed. “The project is expected to take approximately four to five weeks,” said Woodard. “Phase one of the project was started last week with saw cutting of the existing sidewalk.”

Woodard informed the board that town officials will continue to use the sidewalk rating system established by the town as well as incorporate the town’s ever evolving bike walk plan to determine the next town sidewalk to be repaired.