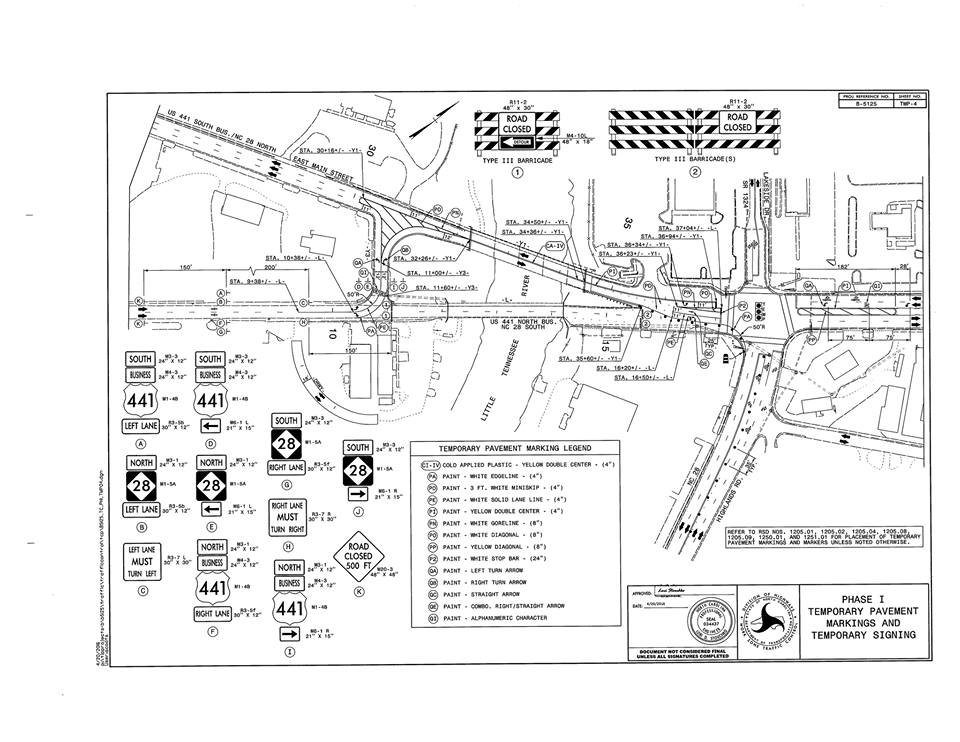 East Franklin will soon have a new traffic pattern, with construction on the town bridge on schedule to begin in August. The Town of Franklin Planning Board released a map demonstrating the new traffic pattern last week, to allow town residents plenty of time to adjust to the changes. Traffic heading east on Palmer Street will be directed to turn left onto the Depot Street extension, then right on NE Main Street which had previously been a one-way stretch, then split off back to a four lane at the Highlands Road intersection. Traffic heading west on NE Main Street will be directed into one lane instead of two to accommodate the eastbound traffic being diverted from Palmer Street.

In addition to releasing the new traffic pattern, which is likely to remain through the end of construction, the Town of Franklin Board of Alderman approved stone work to the proposed bridge on Monday night. While the Department of Transportation is responsible for funding the renovations to the bridge, the town of Franklin votes on the aesthetic design elements of the bridge.

NCDOT presented Franklin with three options for the rock work and the board voted unanimously to approve the rock work they thought was the most similar to the natural rock found in the area.

“The option we have chosen looks more like the rock work we have on the Blue Ridge Parkway and other mountain byways,” said Franklin Mayor Bob Scott.

Franklin’s town bridge was constructed in 1931 and with little maintenance work done over the last 85 years, the bridge has continued to deteriorate. After the NCDOT deemed the structure to be deficient, funding was allocated from the state for repairs. Structurally deficient bridges have load carrying components in poor condition due to deterioration. These bridges are safe. However, they require significant maintenance to remain in service, and limits on vehicle weights may be needed. To fully address the issues on a structurally deficient bridge, extensive rehabilitation or replacement is usually required.

The town bridge restoration project is expected to take 18-24 months to complete and during this time, all traffic will be rerouted to avoid the bridge construction area. While more apparent work is scheduled to begin in August, NCDOT has been working for months to begin the major construction of the bridge. Natural gas lines were rerouted this spring from under the Little Tennessee River to US 441 to prevent punctures while crews work on the new bridge.

Kahns, which was located at the head of town bridge, was leveled weeks ago, and will be used as a staging area for NCDOT crews working on the bridge. Duke Energy has completed the relocation power lines around the project area and Frontier Communications and Morris Broadband have also relocated their lines that crossed the area.

Once completed, the new bridge will be similar to the current structure, but will feature larger lanes and a multi use path connecting the two sides of the Little Tennessee Greenway. Town officials approved the design of the multi use path, which will be both bicycle and pedestrian friendly and will feature a divider between the path and traffic lanes. Once the entire project is completed, construction is expected to cost around $2.2 million.