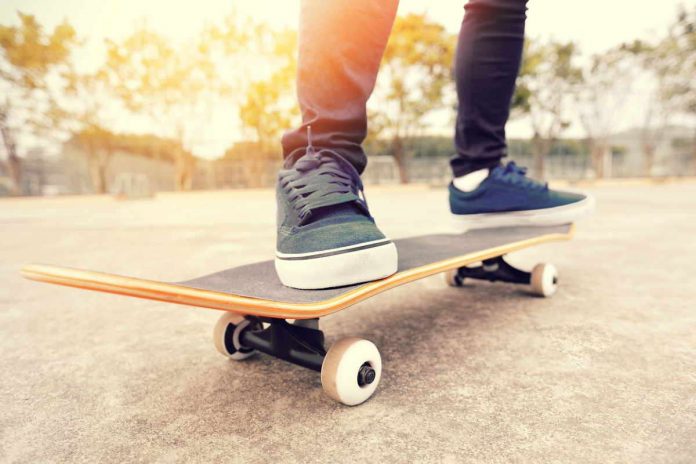 Working toward the goal of developing a new public skateboard park for the community, the Franklin Town Council unanimously voted to move forward with plans to build the park at the Veterans Memorial Park also known as the Jaycee Park. Representatives from JE Dunn Construction said after evaluating several potential locations for the new park, Franklin’s Veterans Memorial Park is best suited for the project.

JE Dunn Construction was originally hired by HCA Healthcare to build the new Angel Medical Center in Franklin, but after learning of the public’s desire to see a skate park developed in Franklin, Project Superintendent Steve Suttles told members of the town council in June that the company was willing to volunteer to make the park a reality.

“We can come and help raise money and help get our trade partners involved to volunteer their time and money,” Suttles said in June.

Suttles and his team reviewed several potential sites for the skate park, which is predicted to be about 8,000 square feet. Suttles said the county-owned property in Frogtown, referred to as the old drive-in movie theater by locals, would require significant dirt removal and shifting, tree and stump removal and significant grading that would cause the project to be both more expensive and longer to complete.

While portions of the park are located in the flood plain, Suttles said after evaluating the site, there is a section in the far corner of the property, which is already owned by the town, that he considers ideal for the project. Without having to meet special requirements for building in a flood plain, and because the property already has public parking and restrooms, the town board agreed to move forward with that location.

“Ideally, I would like to see something done at the old drive-in property,” said Council member David Culpepper. “That location right beside the high school and by the dog park, I have always envisioned the potential to really expand the town’s recreation opportunity there. But if you are telling us that the Jaycee Park is the best fit, then I am not going to go against that.”

Suttles has estimated the cost of materials for the project to be around $100,000, with much of the time and labor for the project being donated from HCA and JE Dunn partners. A total price will depend on engineering and design services for the park, something Suttles said was necessary due to legal liability.

With a location identified, the next step will be to solicit design and engineering concepts to fit the designated space, which will then give town leaders a better idea of the costs associated with completing the project.

In his announcement that he would not be seeking a fifth term as Franklin’s Mayor, Bob Scott said that seeing the skate park through to fruition was one of his last goals before leaving office. Scott’s tenure with the board will end after a new mayor is elected in November.

Out with the old, in with the new – old Walmart...