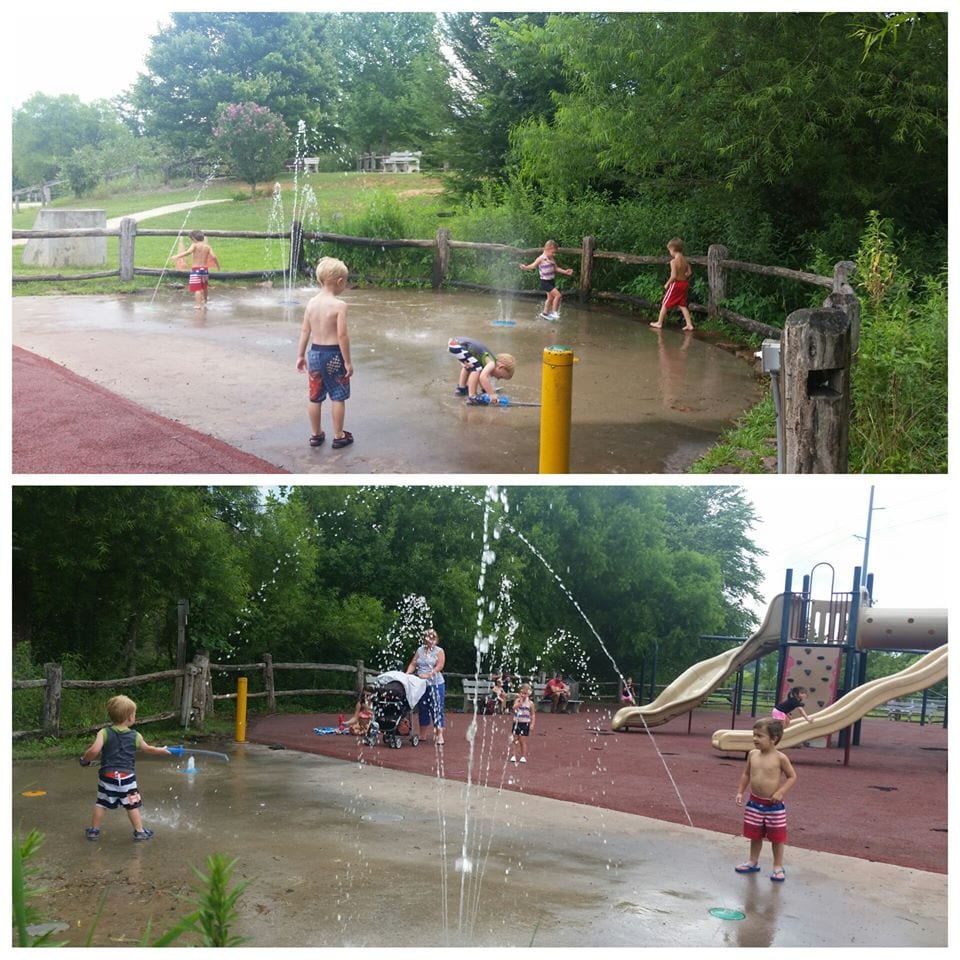 Last week’s heatwave had parents trying to find any way they could to keep kids cool, which led dozens of parents to seek out the water feature at Wesley’s Playground at Big Bear Park near the greenway. Unfortunately, the water feature remains in less than ideal condition. Last summer, FROGs, (Friends of the Greenway) a nonprofit, all volunteer organization, requested funding from the town of Franklin to fix the computer system that operates the water feature, which was in poor condition a year ago. Fast forward a year, the water feature still hasn’t been fixed and the town and county can’t decide who should be responsible for it.

When Wesley’s Playground was first constructed, members of the community came together to build the entire park, which included the addition of the water feature. The park itself is located within the town of Franklin, but is located on county-owned property. Despite the park being located within city limits, as well as the entire length of the Little Tennessee Greenway, the town doesn’t contribute to either facility. County maintenance department maintains the greenway and the county funds renovations and maintenance of the playground equipment. Just this year, the county spent $113,000 to completely renovate the playground.

Last year, FROGs requested $4,483 from the town of Franklin’s nonprofit funding pool to repair the water feature’s equipment. According to the request, the aquatic playground equipment was in need of a new computer system. Franklin Mayor Bob Scott said that because the park is on county property, despite being maintained by a town nonprofit, FROGs, the town shouldn’t fund the repairs.

After discussion last year, the town agreed to decline the $4,483 request made by FROGs to repair the water feature. Council member Barbara McRae and Joe Collins noted that town residents heavily utilize the park and the town should look at a way to partner with the county on the maintenance since the water feature was not part of the county’s original footprint for the park and instead was added by the community.

According to Roland, he is working with the Greenway to get the issue addressed.

“We are currently in discussions with Greenway representatives who have indicated the cost to fix the computer which controls the system,” said Roland. “They notified us they will attempt to raise $2,500 through fundraising and then requested that the town and county match the remaining $2,500.”

When asked where the project stands with the town, Woodard said the town has no current plans to repair the water feature.

“I spoke to Mr. Derek Roland several months ago regarding this item,” said Woodard. “It may be best to speak with him since this is a county facility…the town agreed to work with Macon County on this project. Macon County has not contacted the town to discuss the town’s portion or cost sharing for this project.”

The community says the feature is heavily utilized and they would like to see it improved.

“The water feature is wonderful for the kids. I do wish that in the back area of the water where the water lays, water is very dirty. I wish that they would cover this and have it drain away so kids aren’t sitting in it or trying to drink it,” said Pat Cable.”I also wish they would put a cover over some of the play area, kids get burned when it’s really hot, slides are very hot.”

Steffanie Roberts said she, too, is concerned with the safety of the lack of drainage.

“My son loves it so I try to take him as often as I can. We were going twice a week for a while but honestly that big puddle in the back I’ve watched kids pee in it and then others come over and drink,” said Roberts.  “I think if it was drained, it would be safer. I’ve actually seen kids fall in it and get hurt.”

The issue with the feature isn’t necessarily the lack of drainage, but the computer system that FROGs has requested be replaced controls how often the water turns on. If working properly, the water would run for a set amount of time, then turn off. Someone playing at the feature would then have to push a button to start the water again. Because the system continues to fail, the water runs without a timer, preventing the water from having time to properly drain. The water also runs continuously, which increases the water bill the county is responsible for paying to the town of Franklin.

Several of the water features that shoot water out of the ground have also stopped working.

“I used to nanny for a family and the kids all love the water feature,” said Melissa Mossbarger. “I agree that there needs to be a drain, even though kids love playing in the puddle, the sitting water is probably very dirty. If anything I think it should be expanded on as it always has lots of kids playing in it.”