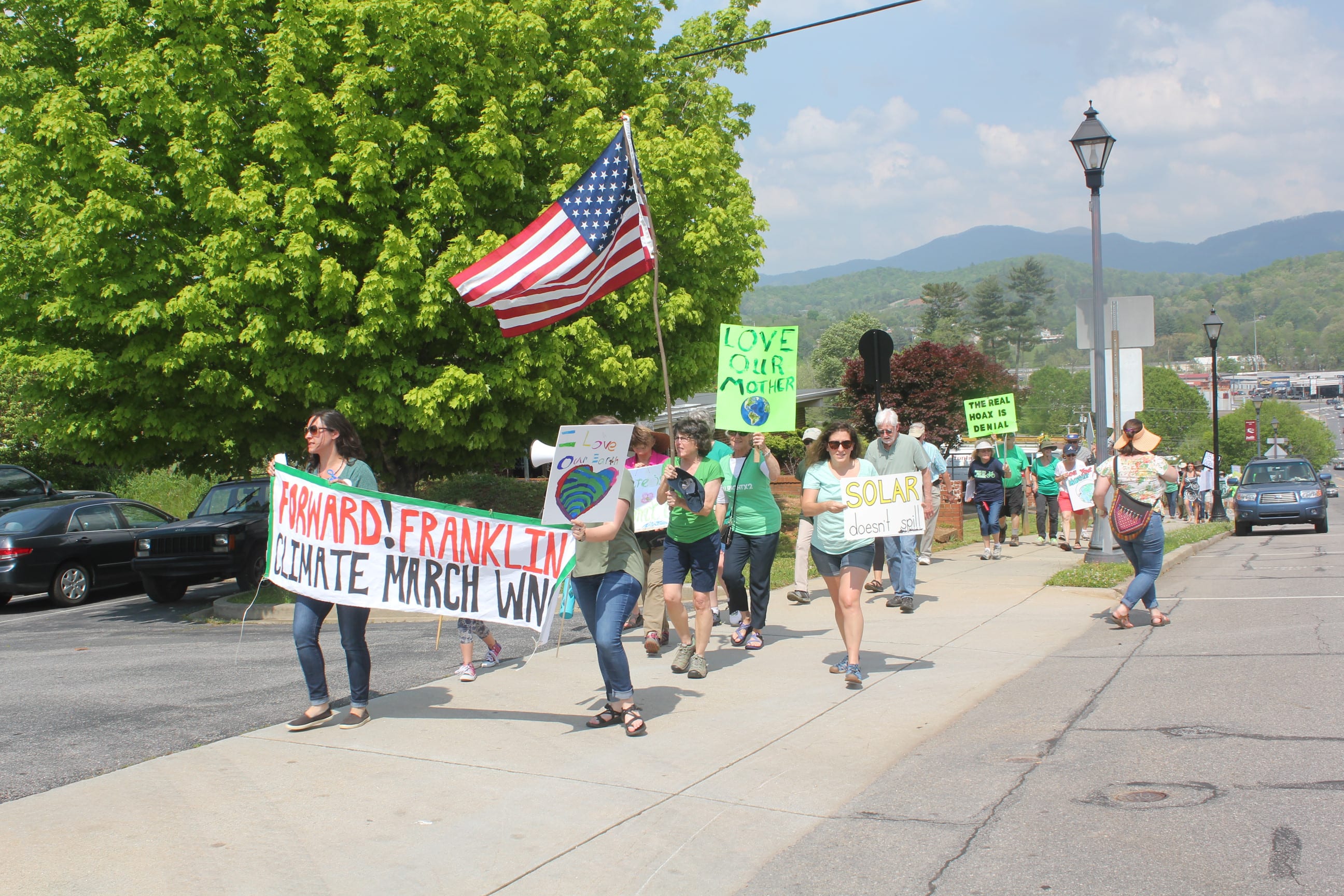 Macon County leaders have joined forces with a progressive grassroots group, Forward Franklin, to pledge their commitment to helping the environment by committing to green energy efforts.

During the July meeting, the Franklin Town Council was first to approve a resolution to commit to fighting climate change and pledging to transition to renewable energy sources. The resolution states that town leaders fully support the transition for the entire United States to make the move to 100 percent clean, renewable energy by 2050.

At both the town and county board meetings, about a dozen members of the group, Forward Franklin! donned green t-shirts and spoke to leaders asking for support of the resolution.

“We did have a climate march in April, and our turnout was really great — we had between 150 to 200 people,” said Lauren Hickman, co-founder of the group. “And there wasn’t a whole lot of advertising so I feel like it was a real sign that our community was ready for this and does have the will to back a clean energy resolution.”

Council leaders unanimously passed the resolution, then noted that they should begin exploring options for solar energy as a way to begin the transition to renewable energy. Town Attorney John Henning Jr. said that looking at the town’s old landfill property as being a possible location for a solar farm could provide the town with an energy source.

While the town supported the resolution without debate or question, the county raised a few concerns.

According to Bill Crawford, who presented the resolution to commissioners and spoke in its favor, said that the wording in the document originated from Stanford University and research conducted there. Commissioner Paul Higdon said due to his science background, he disagreed with some of the statements.

Higdon noted that he appreciated Forward Franklin’s efforts, but due to his environmental and science background, said he, “couldn’t concede to the assertion that climate change is mostly human caused,” which is cited in the resolution.

Higdon said he struggled with several statements made in the resolution such as “climate change and global average temperature increases are primarily due to human-caused fossil fuels emissions.” Aside from some of the statements in the resolution, Higdon stated that overall, he supported the intent behind the resolution and agreed that green energy is, in theory, beneficial and a move to such would be a good thing.

Commission Chair Jim Tate made the suggestion to scratch out the statements in the beginning of the resolution that Higdon questioned  and instead asked county commissioners to vote on the statement, “Be it resolved by the Macon County, NC Commission that it endorses the following:  SECTION 1. The State of North Carolina and the United States shall try and establish a transition from a fossil fuel-based economy to a 100% clean renewable energy for all energy sectors-based economy, by January 1, 2050, or sooner to avoid climate catastrophe, to promote job creation and economic growth, and to protect the Earth for current and future generations from climate catastrophe.”

Despite saying he supported the effort, Higdon still voted against the measure, even after the changes were made by Tate. Macon County Commissioners voted 4-1 to pass a resolution supporting the transition to clean energy. 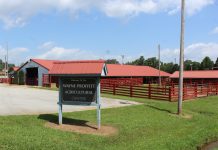 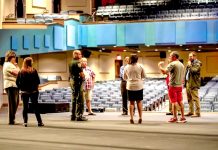 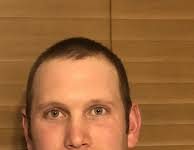 Mainspring Conservation partners with Jackson County to preserve 300 acres for...