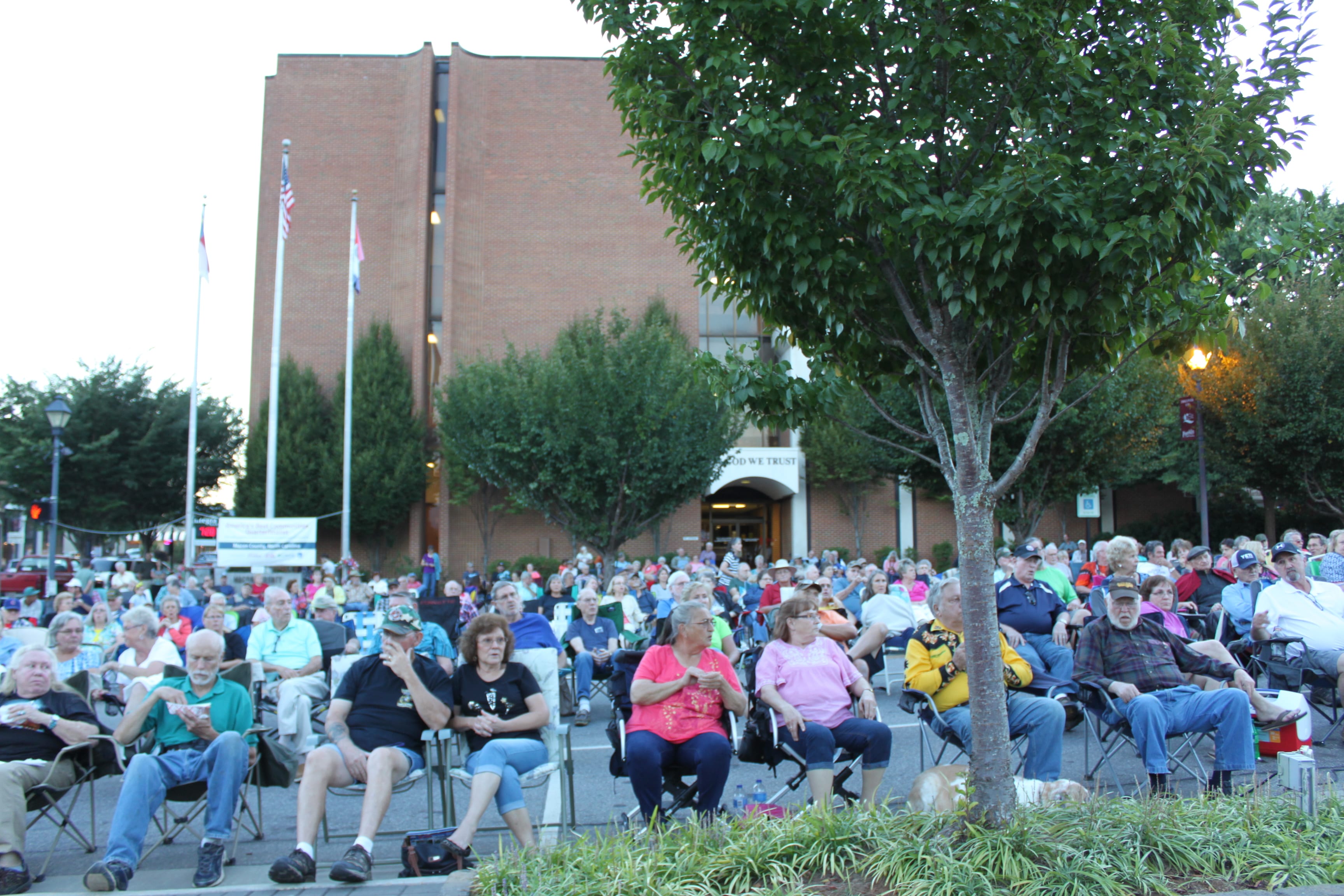 The Franklin Board of Aldermen retreat isn’t just a time for budget discussions and looking at town infrastructure. Franklin Alderman Adam Kimsey took the opportunity to ask his fellow board members if they would begin brainstorming ways to either improve or revamp Pickin’ on the Square, or look at hosting an alternative option a few times a month.

“I know that the people who go to Pickin’ really love it and I don’t think there is anything wrong with it, but I have just heard from a couple of people that they would like to maybe see some variety,” said Kimsey. “I am not saying that even means changing Pickin’, maybe this board can look at a separate event, maybe on another night of the week for people that would like to see something new.”

Pickin’ on the Square is a free concert series that has been hosted in Franklin for decades. The Town of Franklin funds the concert series, which is free and open to the public. The Saturday night concert series kicks off toward the end of May and runs every Saturday night on the Gazebo on Main Street until October, weather permitting. The event is managed by Donnie Clay, who books the talent and arranges the line-up each year. The main entertainment typically kicks off around 7:30 p.m. and people are invited to park a lawn chair around Main Street to enjoy entertainment that is typically bluegrass, country, oldies, and a taste of rock and roll.

Kimsey said that Pickin’ on the Square is successful and draws a crowd each week, but variety might cater to a different audience in Franklin that may be left out.

Franklin Town Manager Summer Woodard said that one thing the town may consider is a partnership with other organizations in the county to grow the event. As it stands, the town of Franklin is the only funding source for Pickin’. Additional funding, would allow for more revenue to book talent. In neighboring Jackson County, its summer concert series is a combined effort on behalf of the county, town, and chamber of commerce, who each takes a month and is responsible for booking and funding the shows for that month. The shared responsibility increases the type of entertainment that is available and disperses the financial commitment of all involved.

Alderman Patti Abel said that she took would like to see variety, and if not in the Pickin’ line up, maybe looking at expanding entertainment options offered by the town.

“We have this great area behind town hall that is a natural amphitheater,” said Abel. “I think we have talked about it before, like doing a family movie night, or using that space for shows once a month that are a little different than what is offered at Pickin.”

Kimsey said he would like to solicit input from the town on ways to improve it or offer new things that would reach more Franklin residents. Kimsey said the town’s public comment period is an ideal time for such input. The Town of Franklin meets the first Monday of every month at 7 p.m. at town hall.