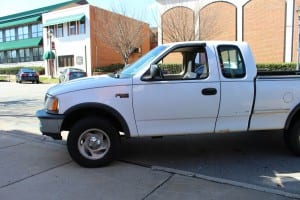 While reviewing town ordinances, local officials made a move to revive the town’s traffic code, which allows for parking citations within the city limits. The parking citations call for the Franklin Police Department to issue tickets for different traffic offenses on the local level, without having to issue state citations, which are often more expensive.

“The town’s traffic code has been on the books for a while, and it is unclear when they stopped being enforced,” said Franklin Police Chief David Adams. “By reviving it, my officers will be able to issue a parking citation rather than a state ticket, which can run upwards of $300. This way, we can address issues in the town without having to bankrupt people.”

The Franklin Board of Aldermen approved  a list of 16 violations that can be managed through citations during its March meeting. All of the violations include a $25 penalty to be paid to the town of Franklin. Violations include blocking traffic, parking outside lines, parking on the sidewalk, backing into a space, littering, exceeding posted speed, and parking on the left side of the street (parking on a  street against the flow of traffic). Other violations include failure to obey an officer, bicycles on sidewalks, blocking a fire hydrant, and parking in a fire zone. The town board also voted to add a parking ciation for parking in a handicapped parking zone, which was not originally part of the town’s traffic code.

“These citataions and the authority of the Police Department to issue citations for them are nothing new, having existed since at least the 1976 adoption of the current Code of Ordinances,” explained town of Franklin Attorney John Henning Jr. “They have just not been enforced for a very long time.”

Town ordinance Section 70.99 provides that the town’s traffic code may be enforced through issuance of citations, which are payable in the form of a civil penalty and collected in the same manner as debts.  “So the penalty when first issued is owed to the town immediately, will be payable at Town Hall, and refusal to pay may result in other legal collection efforts,” said Henning. “We are currently exploring whether those can include reporting to credit agencies.”

Traffic in and around Main Street has been a topic of discussion with town officials for months, with Mayor Bob Scott encouraging the  town police to address speeding and other concerns. By enforcing the traffic ordinances, Henning believes those concerns will be addressed.

“The primary intent is to correct some of the parking problems that have been commonplace in town,” he said. “I think that will be very beneficial for the accessibility and orderliness of the streets and sidewalks, and those benefits can run to a great many people: pedestrians, store owners, tourists and thereby boosting tourism.  The town will collect some revenue from this, but the amount is not expected to be large and is not a primary focus.”

According to Chief Adams, he is working to print citation books for all of his officers. The citations will be enforced throughout the city limits, not just Main Street. Once the physical citations are drafted, Adams noted that pending approval from Henning, his officers will begin enforcing the codes.