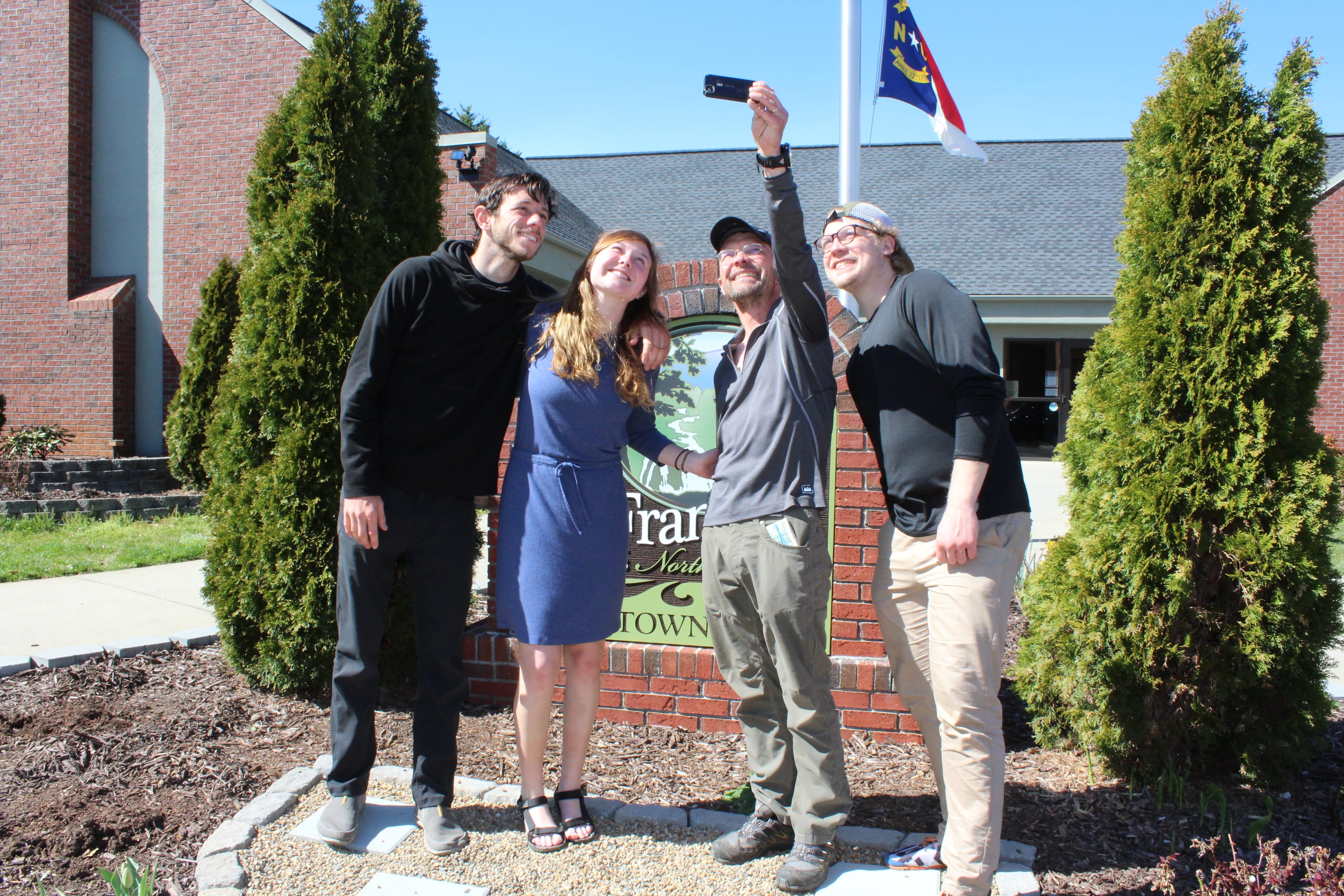 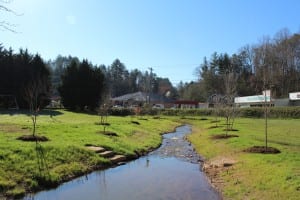 Despite a chilly start to Spring in Franklin, town officials welcomed the new season with the completion of two beautification projects downtown with improvements to the Franklin Memorial Park and upgrades to the Town of Franklin sign in front of town hall.

The project at the Franklin Memorial Park was divided into three phases and is centered around repairing the stream that runs through the property and making the property easier to utilize for residents.

“The first phase was the stream riparian project which has been completed,” said Town of Franklin Planner Justin Setser. “Phase two of the project included the planting of native trees along the stream for stabilization of the stream, which as of Friday has now been completed. There has been 15 different native species planted around the park and stream. Which they will be identified by signage so classes or anyone enjoying the park could identify the trees and the scientific names of the trees.”

The third and final phase of the Franklin Memorial Park restoration includes the installation of a fence at the edge of the riparian area to define a mow line for public works. “Then phase three will include resurfacing the parking lot and a rain garden to catch water runoff to be filtered through the rain garden before entering the stream,” said Setser. “An information kiosk will also be installed at the park to explain why the project was done and the need for it.” 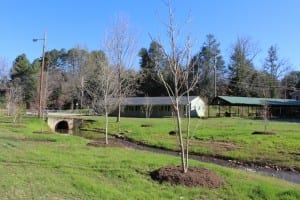 middle of the park with an arch walking bridge. That improvement has not yet been approved by the town and is still under consideration.  “We would like to have the rest of the project completed by June of this year,” said Setser. “The majority of the funding of this project came from a $20,000 riparian grant from Duke Energy. Mainspring Conservation has been a huge leader in this project which couldn’t have been done without the help and expertise of Dr. Ben Laseter of Mainspring.”

Mayor Bob Scott noted that he hopes the improvements to Franklin Memorial Park will make it more user friendly and encourage residents to utilize the park throughout the year.

“When people drive by and see a beautiful park, even one as small as the Memorial Park, they think this is “a nice place to live and/or I’d like to come back,”” said Scott. “It is part of the overall livability of a town. Livability, the appearance of a town, and the embracing of diversity, all contribute to what makes a town great. And I believe we do have a great town.”

Touting the partnership between the town, Duke Energy and MainSpring, Scott noted that the joint effort was needed to fully improve the park. “This is a success story on what a successful partnership looks like,” said Scott. “The town is much better off because of all of us working together.”

The building at the Franklin Memorial Park has also been recently renovated, and now with additional projects to improve the property around the park, Scott said the park will be leave a lasting impression on the town for decades to come. “Long term, I believe this park will have an beneficial impact for 20 years or more,” said Scott. “It increases pride in the neighborhood, and it has become a focus point on the west side of town.”

In addition to finishing phase 2 of improvements to the Franklin Memorial Park last week, town officials also updated the Town of Franklin sign in front of town hall to upgrade the town’s brand as an outdoor community. 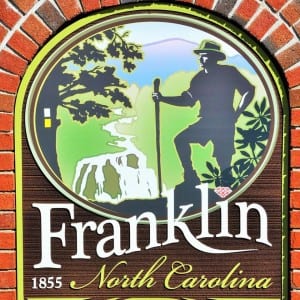 The town’s logo features the declaration that Franklin is the “Gem Capital of the World” with a Ruby “dotting” the I in Franklin and the logo incorporating Franklin’s role as an outdoor community by featuring a hiker, a waterfall, and a “white blaze” noting the town as an Appalachian Trail Community. The town furthered their brand of being an outdoor community by adding a “yellow blaze” on the tree in the logo.

“The yellow blaze is found on the Bartram Trail and the white blaze is on the Appalachian Trail,” said Scott. “Both of these trails are a big draw for visitors and our local residents.”

The sign was also made more accessible to visitors, who Scott said often pose for pictures with the sign.

“That sign gets photographed, along with the garden club’s beautiful flower and shrub display on the square, than any other area downtown,” said Mayor Scott. “As such, we noticed that people had to step around flowers to have their photo made with the sign.  So what we did was make a small walkway where folks did not have to step around flowers and shrubs to get their photo. Very proud that people feel that way about our sign to want to have their picture taken with it. Those photos go all around the country. Recently some tourists from Japan had their photo taken with the sign and last summer I used a couple’s camera who were from New Zealand to take their photo.”