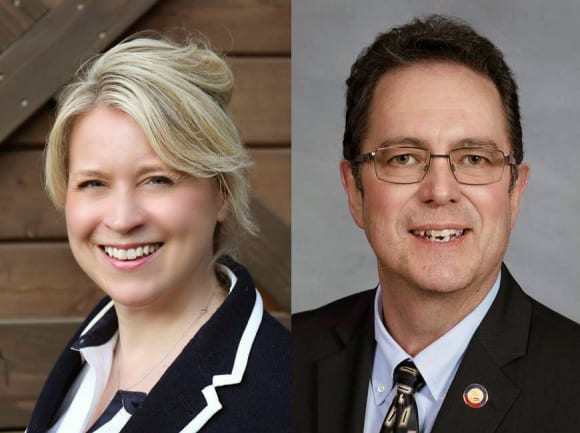 Western North Carolina politicians have been playing a game of musical chairs this election cycle which began when N.C. Senator Jim Davis announced he would be retiring from the State Senate and running for Congress. With Davis’ retiring from the Senate, N.C. House of Representatives Kevin Corbin announced he would be running for the Senate, which led to Macon County Commissioner Karl Gillespie announcing his bid for the House.
Corbin, who has served in the House of Representatives since long-time politician Roger West retired, will face an opponent during the March 3 primary election. Jackson County Republican and a new face on the political scene, Dr. Sarah Conway will be seeking her first political office.

Dr. Sarah Conway
Dr. Sarah Conway is a Jackson County Republican who has always had a love of hiking and the outdoors. Having vacationed in North Carolina since childhood, she eventually made it her home.
Conway is retired radiologist who practiced hospital-based diagnostic radiology for more than 20 years.
“We have a narcotics epidemic in Western North Carolina; when I read the statistics, I was compelled to run and use my medical knowledge and experience to try to make a difference,” said Dr. Conway. “Right now we have opioid crisis, so a doctor would be a great choice to work on this issue. If we have an agricultural crisis, I would love to see a seasoned farmer or an Ag PhD run for the position.”